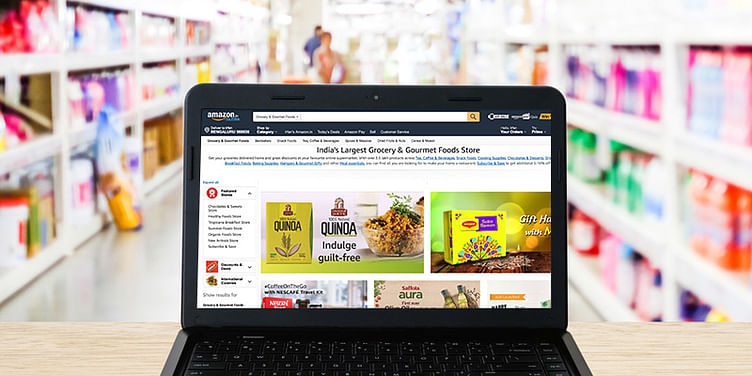 According to the company, with this expansion, the company now has more than 25 such Amazon Fresh centres, with a three-fold increase in processing space

Amazon India, which launched its services in essentials and grocery under brand Amazon Fresh, has now expanded in Kolkata along with a few other cities, the company said on Thursday.

The ecommerce major had also added Ahmedabad, Pune, and Chennai in the second phase. It had already launched the service similar to hyper local in cities like Bengaluru, Mumbai, Hyderabad, and Delhi-NCR taking presence in total of eight cities.

"With this expansion of Amazon Fresh, the company now has more than 25 such Amazon Fresh centres, with a three-fold increase in processing space," company officials said.

"The investment in these specialised centres is in line with our long-term commitment to invest in India and create hundreds of job opportunities."

"We have ramped up our operational capabilities in cities where we already offered this service, and added four new cities ahead of the festive season to meet customer needs," Amazon India VP Fulfilment Operations and Supply Chain Prakash Kumar Dutta said.

The specialised infrastructure is designed to ensure safe storage of products in the category with freezer and refrigeration zones, special packaging for frozen food among others, the company said.

The online delivery of essentials and grocery space saw huge traction with new big players like Jio Mart, Flipkart, and Amazon. Bigbasket and Grofers are existing major players in this space.

According to estimates, online grocery is likely to grow at a CAGR (compound annual rate of growth) of 50 percent between FY 20-24.

Earlier this month, the Seattle-based ecommerce giant announced its entry into the online food delivery space in a few pin codes in Bengaluru. Several media reports had announced that the ecommerce player launched in several parts of the country in May 2020.

According to sources, Amazon will first launch its service in Bengaluru during the Diwali season, and the service will be available on its Prime Now app.