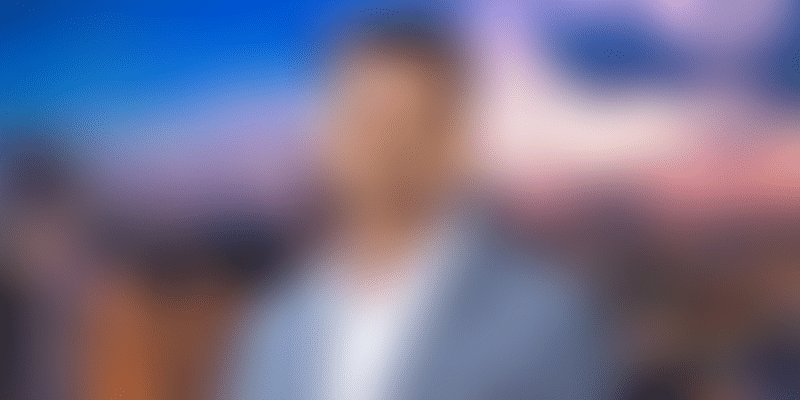 Former Tesla CIO and Founder of Tekion Corp, Jay Vijayan, throws light into building a unicorn out of a bootstrapped company, and tapping into one’s genius.

Engineer, entrepreneur, and investor Jay Vijayan is an established face in the global entrepreneurial ecosystem. The founder of California-based unicorn in the automotive retail cloud space, Tekion Corp, Jay has earlier worked with VMware and Oracle. Post which, he went on to serve as the Chief Information Officer (CIO) for Tesla Inc., reporting directly to Chairman and CEO, Elon Musk.

In the recent episode of 100x Entrepreneur Podcast, a series featuring founders, venture capitalists, and angel investors, Siddhartha Ahluwalia dives deep inside the mind of Jay. In fact, Jay discusses with him about never settling down in life, being approached by Elon Musk twice in the span of 12 months, and sharing his core learnings from the business magnate.

Journey from Tesla to Tekion

“The seed idea of potentially starting a company has been there for a very long time with me,” Jay says.

The idea further solidified when he was working with Oracle as a senior manager in Applications Development. And it followed him in his journey to VMware, right from the company’s IPO to its growth period. Moving forward, Jay says, “Tesla was a phenomenal opportunity to understand. I never had any automotive experience prior to that...and Tesla was not a typical automotive company.”

“I had an opportunity to bring Elon’s vision to life in a very short timeframe,” he adds.

Jay further explains that the automotive industry contributes to four percent of the GDP ($21 trillion) in the US. Four percent of the total GDP sums up to $850 billion, which is just from vehicle transactions and sales. “And still, outside of a few expectations, vehicle buying, servicing, and consumer engagement in automotive is very poor and backward. I felt there is an opportunity to deliver a platform to elevate that experience for this trillion-dollar economy just in the US,” Jay says.

This was the premise of starting Tekion.

Turning a bootstrapped startup to a unicorn

Jay founded Tekion in early 2016, along with his former colleague from Tesla, Guru Sankararaman, and Anand Ramakotty.

Jay has been an investor for more than a decade now, often serving as an advisor, mentor, and board member in these companies. “I had an opportunity to learn throughout that process. So, we (at Tekion) were making very disciplined decisions,” he says.

Tekion recently raised $150 million as a part of its ongoing Series C round of funding. While Tekion’s existing investors participated in the round, the funding was led by private equity firm Advent International, with participation from Index Ventures, Exor (the holding company of Fiat Chrysler Automobiles and Ferrari), Airbus Ventures, FM Capital, and Alliance Ventures - Nissan-Renault-Mitsubishi.

With this fresh round of investments, Tekion has entered the unicorn club (startups with a valuation of more than $1 billion).

“Prior to our billion-dollar valuation and Series C announcement, you wouldn’t have seen a lot of news about Tekion. We kept it under wraps for four years...we didn’t want to go ahead and advertise before we had a good product,” Jay says.

Tekion also has investor Mike Wolpe on its board. Mike was also on the board of Fiat Chrysler and Ferrari, and Jay feels it's aligned with his company.

When Jay was working with VMware as the senior director, he was approached by Elon Musk for the role of CIO at Tesla. “I politely declined the offer because it was not attractive enough...I had to leave too much money on the table at VMware,” he adds.

Jay says Tesla couldn’t come up with an attractive package -- salary and stock. Post which, Tesla hired someone else for the role. However, after a year, Jay got another call from Tesla. It was then Jay realised that this was probably an opportunity he shouldn’t miss again.

“I decided to take a pay cut in salary and bonus...I had to leave stocks...I didn’t come from a wealthy family and was paying bank loans for several years after coming to the US. I couldn’t leave that easily...But money should never be the primary goal. If you approach with better reasons, money will follow,” Jay says.

While Jay is self-confident, he is grateful that Elon was able to see his strengths and realise that Jay could deliver his visions. Jay feels Elon was sure to hire him for three reasons.

First, because of his combination of experience in product development and engineering building applications, Jay’s attributes aligned with Elon’s visions. Secondly, Jay came with the experience of running large enterprise IT in a fast-growing company. And finally, because of the chemistry.

“He is a very objective person...He is a super smart guy and makes decisions very quickly,” Jay says about Elon.

Rumours are that Elon is a leader who drives his employees to insanity - in a positive sense, making them work for 100-hours a week. To this, Jay defines Elon as a genius and says, “He is extraordinarily driven to accomplish his mission. The way I see it, if someone has that grand of a vision, it is tough for them to give mind space for smaller things.”

He further explains that Elon does come up with Mission Impossible-like targets for people. And many times, this brings out the best in people, how it did for Jay himself.

At Tesla, Jay’s first massive task was to build an ERP in three months, a project which usually took a year or two. “If you are not convinced on the mission you’re trying to solve, then it becomes difficult,” Jay says. He further adds that Elon is very objective-driven to his mission of solving a problem in the right way and that’s something Jay has inherited from him.

When Siddhartha asked Jay if he would consider himself similar to a genius like Elon Musk, Jay says, “Everyone has a genius in them.”

According to him, what’s important is to tap that genius out. What it takes is putting one’s mind in the right effort, and that involves two things. One, keeping the right mindset of learning throughout the process or journey. “At every step, learn to take life lessons, in both your personal life and your career,” Jay says.

Secondly, Jay says, “Your lifetime will not be enough to learn only from your mistakes. You have to learn from other people’s mistakes.”