Factories of the future: Why is hyper-automation still a dream? 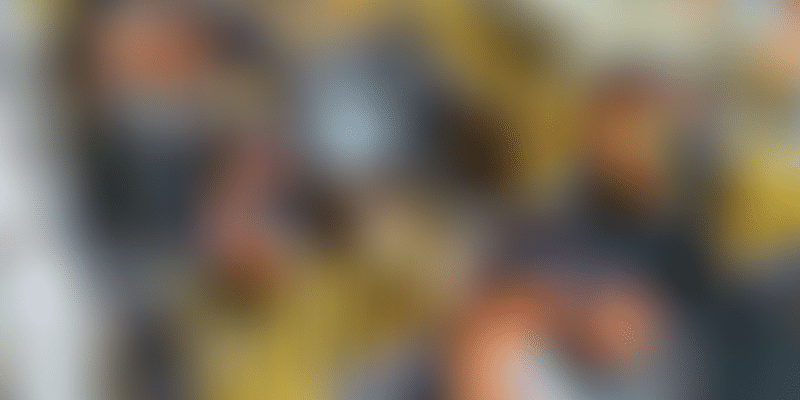 While robots have been deployed in the manufacturing process to automate low-skilled, repetitive manual tasks, to endow them with even a semblance of human ability to understand and manipulate objects is still a distant prospect.

In less than nine years from now, Arnold Schwarzenegger as ‘The Terminator’ will travel back in time. A sophisticated Artificial Intelligence network and its robot army will send him to prevent their enemy from being born. According to the ‘The Matrix’ movies, a futuristic war between humans and machines is already underway.

Science fiction perpetuates the myth that we now live in a hyper-automated world filled with super-intelligent robots that can do it all. But in the realm of mass-manufacturing and production, one obstacle seems to prevent this dream from becoming a reality.

The holy grail in manufacturing is to achieve hyper-automated factories where every manual task in the shop floor is performed by robots. This enables greater speed, efficiency, and superior quality control.

However, in manufacturing today, only very simple and highly repetitive tasks can be automated using robots, and only after incurring massive investments in infrastructure to avoid any variabilities.

In ecommerce warehouses, robots are mostly relegated to automating the material transport and the sorting process. This is true in even the most advanced of factories and warehouses including those of Tesla and Amazon. But there is a huge untapped blue ocean of opportunity in dynamic manipulation where tasks involve picking, orienting, and placing objects from unpredictable conditions.

To illustrate, let’s look at the process of assembling a screw. Screws and their companions – nuts, bolts, washers, clamps, and more – are collectively known as fasteners. Right now, in factories around the world, only humans can reliably pick a screw out of a bin, orient it, and put it in place in the right angle through the screw hole without slipping a thread. This process is repeated to fix any associated nut, washer, and clamp.

Once these parts are in the right spots, automated power screwdrivers can screw them into place much faster than a human ever could. But the manual task of picking and placing the screws leads to huge inefficiencies in production, and can comprise up to 50% of total labour costs involved in manufacturing a product.

31% of the time spent by the world’s manual labour force is on performing manual tasks. Automatable activities are responsible for almost $15.8 Trillion in wages (McKinsey Report). Apart from labour costs, automating repetitive, low-skilled tasks can increase throughput and productivity, and improve safety and quality. The technical feasibility of automating these tasks, however, is lowered below 50%, regardless of the industry, whenever there is any unpredictability involved in the task.

COVID-19: Accelerating the use of industrial automation and robotics

The task of fixing a screw introduces a lot of unpredictability. Each set of fasteners has to be placed in a precise direction and angle before turning the screw. While doing the task a few times over may be simple for humans, it is still a challenge when having to do it quickly and repeatedly over long periods of time – like in a factory.

It is even more difficult to automate it. Analysts at Bernstein and UBS studied Tesla plants and stated, “In final assembly, robots can apply torque consistently—but they don’t detect and account for threads that aren’t straight, bolts that don’t quite fit, fasteners that don’t align or seals that have a defect. Humans are really good at this.”

Most of the products in this world are held together by fasteners. A car, on average, has 3,500 fasteners. Think about the labour required to assemble just one car. In 2019, the world produced 90 million cars. This means humans were involved in picking and placing screws a whopping 300 billion times. Assuming a conservative estimate of five seconds to place and fasten one screw, it is still 10,000 man-years of manual effort for automobiles in one year.

Fasteners and their complexities are not going away; automation has to catch up. A jet plane has 2-3 million fasteners. And even a smartphone is held together with about 75 fasteners. This is a tremendous amount of manual labour for tasks that are too simple for humans but continue to be in place due to limitations in the field of automation. These highly repetitive low-skilled tasks are eventually detrimental to even the labour employed to do them. They often cause repetitive stress injuries that cause a higher number of errors, which then leads to expensive rework.

Trying to automate these tasks usually results in heavy customisation, which is far from ideal.

The irony in custom mass production

Industrial robots deployed in factories today need expensive customisations. There is not much uniformity. Robots cells today require customisation to work well with specific products and processes which takes up time and resources and can get expensive.

Manufacturers often end up paying more than five times the cost of an industrial robot simply to get the robot to work, due to the additional equipment, end-of-arm tooling, requirement for robot specialists, re-calibration, and quality control tests involved in the customisation process during implementation.

In the past, these upfront capital costs could be justified only if there is a reasonable return of investment (ROI) over a longer period of time. But in today’s world, this is no longer a viable option.

Heavy customisation brings rigidity. Each robot in a factory performs one specific action on one specific product. At a time when adaptability and efficiency define whether manufacturers will thrive or not, this is an issue. To compete in our global economy, production and distribution costs need to be low. This calls for greater standardisation and optimised assembly lines and logistics.

On the other hand, product life cycles are much shorter due to changing consumer demand. And introducing a new product, or even a design tweak to an existing product ends up needing more customisation in the automation infrastructure. Apart from being a disruption to production, it involves another round of expenses.

The irony of heavy customisation in the field of mass production isn’t lost to industry insiders. After all, the ultimate goal of streamlining manufacturing assembly lines is to save costs by making more of the same faster and with better quality controls. But an alternative does not exist just yet. This means manual labour still performs a vast majority of the pick-and-place tasks, while even the most advanced industrial robots struggle to scale.

Though many have tried to automate pick-and-place tasks universally without the need for sophisticated customised structuring mechanisms, none have succeeded yet. This may be the biggest hurdle to cross in automation. In 2016, when Bill Gates was asked what he thought the biggest advancement in technology in the next 20 years would be, he replied, "I think robots that have vision and manipulation as good as humans is a huge milestone that will happen in the next decade and is being underestimated."

Amazon Founder and CEO, Jeff Bezos echoed these sentiments three years later stating, “I think grasping is going to be a solved problem in the next 10 years. It’s turned out to be an incredibly difficult problem, probably in part because we’re starting to solve it with machine vision, so (that means) machine vision did have to come first.”

The only solution seems to be through advancements in machine vision: robots that can actually see, “understand”, grasp, and manipulate objects like humans can. Only this can help the field of automation realise its full potential in the form of streamlined, hyper-automated factories and warehouses of the future.