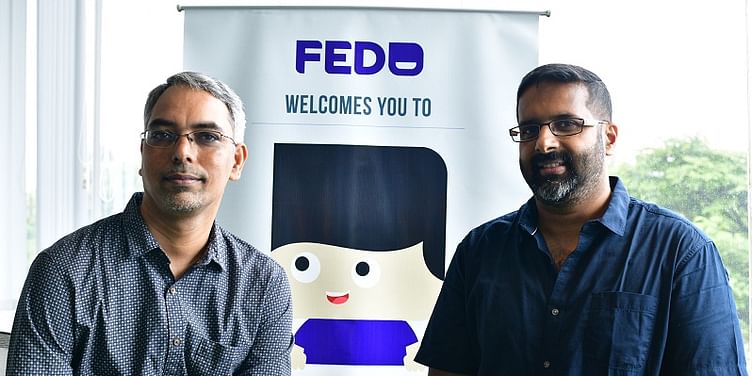 The funds will be used by Fedo to enhance the computer vision capabilities for non-invasive identification of health risks for various use cases requiring health assessment and to co-create personalised insurance products.

Artificial Intelligence (AI)-based insurtech startup ﻿Fedo﻿ has raised $1 million in pre Series A round led by Unicorn India Ventures. This is Unicorn India's fifth investment from its Rs 400 crore Fund II. The funding round saw participation from SEA fund along with Ashish Mehrotra, Former MD and CEO, ﻿Max Bupa﻿.

Founded in 2017 by Prasanth Madavana and Arun Mallavarapu, Fedo is a Bengaluru-based insurtech startup, which has built an AI/ML platform that leverages the power of deep tech and medical research to automate underwriting in the health and life insurance sector. It uses computer vision and AI algorithms to help insurers enhance sales, reduce costs, and enrich the quality of their portfolio.

According to a statement released by the company, Fedo plans to deploy the funds raised in launching the world's first ever image-based underwriting platform this year that would enable insurance on boarding in less than 60 seconds. It is also working with a global player to dynamically price retail and group premiums as well as plans to launch its operations in South East Asia and Australia this year.

“Our vision is to offer AI backed solutions to insurance providers, which enables early identification of potential health risks by using non invasive methods thereby reducing out of pocket expenditures of individuals and making insurance accessible, affordable, and personalised.”

Fedo works with many health and insurance players in India and abroad with data driven smart portfolio management. Apart from this, the startup also supports population risk predictions, partnering with health departments of local governments in India and globally.

“India is one of the most under-insured countries in the world. A big reason for this is that many people may want to take insurance but they don’t know which product works for them or covers ailments. Fedo has the capability to deploy AI and assess your health related risks. With COVID situation entering into the community stage in India and coming back in the second wave in other countries, the awareness about getting a health cover is on the rise. Insurtech players like Fedo are positioned right to leverage this trend.”