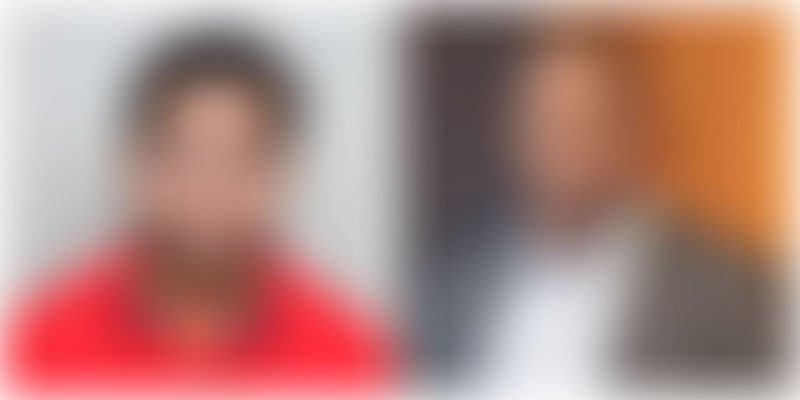 India’s handicrafts and handlooms are renowned across the world. However, for decades, craftsmen and karigars have suffered due to several reasons such as middle men involvement, sale of products at lower price, lack of funds for product development etc.

Rare Planet was launched by Ranodeep Saha in 2017 while pursuing his BTech degree from Indian Institute of Information Technology, Kalyani. The startup was launched initially to develop and sell terracotta-made kulhad (tea cups) both online and offline.

Vijay Kumar, who comes with years of experience in retail and lifestyle, later joined the startup as co-founder in 2019.

Speaking to YourStory, Ranodeep explains that their kulhads are developed, crafted, and painted in a way to make them reusable and also microwave-proof.

“Terracotta kulhads that are used and thrown after drinking tea are generally baked once in the open under the sun. Our cups are baked in the furnace two times and then kept out in the sun for durability. They are coated to make them non-stick and washable, making them reusable,” Ranodeep says.

While the startup began with terracotta kulhads, it has now expanded its product line to include handicrafts, stationary, jewellery, pottery, bottles, and home decor products made from terracotta, copper, ceramic, brass, wood, and marble.

Ranodeep explains that the products are designed and listed by the startup’s inhouse team. When the startup receives an order for a particular product, the order is passed on to a cluster of artisans who work on the order.

After completion, the order is collected by the startup and payment made to the craftsmen within three days with the support of NBFC partners in bill discounting.

“Generally, payments made to artisans are delayed by 40-45 days but we ensure that they are paid for their work within three days so that they can reinvest it in their next product,” Ranodeep says.

The co-founder claims that the modified and modern products result in higher income for the local artisans; they often “end up making up to 130-150 percent more”.

According to Ranodeep, the company currently works with about 2,500 local artisans from five states.

Speaking about the business model, he says Rare Planet is a D2C brand where the products are made available for purchase across over 60 stores, including Crossword, Starmark, WH Smith, and SAPNA Books. The products can be bought online through the company’s official website along with Flipkart, Amazon, and MensXP.

While the founder declined to reveal much details about the revenue model, he adds that the pricing of the product is largely dependent on the marketing, logistics, art work costs among others. "The annual run rate for last financial year was Rs 6 crore and now we are trying to achieve Rs 2 crore monthly run rate," Ranodeep claims.

The co-founder says that in pre-COVID times Rare Planet mainly recorded retail sales. The pandemic has, however, boosted online sales, ensuring a steady income for artisans working with them.

In October, the startup raised Rs 3.5 crore in a pre-Series A round from Uni-M Ventures and Venture Catalysts, and Sagar Daryani, Co-Founder of Wow! Momo. Prior to this, it had raised Rs 1.1 crores in its seed round of funding from Venture Catalysts in 2019.

“Artisans have suffered the most amidst the pandemic. It is known that most of them survive on seasonal sales; some would make their maximum earning by selling idols of gods and goddesses during the festive season and sustain on that income for the rest of the year.

“However, this year the demand has fallen and so have their earnings. During these difficult times, Rare Planet’s support is more relevant than ever. We will work towards creating more opportunities for them by foraying into newer markets and expanding our portfolio,” Ranodeep says.

According to media reports, the Indian handicrafts industry is estimated to be around $7 to $8 billion market. Some of the notable players in the handicraft and handloom sector are World Art Community, Authindia, Sanskriitii, Craftsvilla, and Gaatha Handicrafts

Rare Planet aims to work with 25,000 artisans building authentic handicrafts from Kutch, Jodhpur, Madhubani, Nadia, Saharanpur, Cuttack, and Puri by 2022. It is also looking to expand its offline partnerships through retail outlets across airports in India.