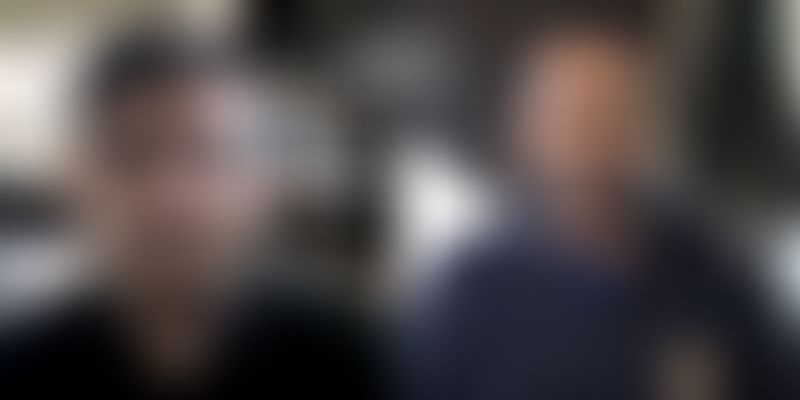 In this episode of Matrix Moments, Harsh Jain, Co-founder and CEO of Dream11, spoke to Tarun Davda, Managing Director, Matrix Partners India, on how he built the Mumbai-based fantasy sports unicorn.

For a sports fan like Harsh Jain, the idea of Dream11 was simply an extension of his passion. He brought together his love for sports, gaming, and technology to build Dream11 — a fantasy sports platform.

Dream11 is part of Mumbai-headquartered Dream Sports, which also has FanCode, DreamX, and DreamSetGo in its portfolio.

Recently, the 12-year-old startup won the IPL title sponsorship rights with a bid of Rs 222 crore, replacing Chinese mobile phone company Vivo for a four-and-a-half-month deal. It has been among the IPL sponsors for a few years now.

In a conversation with Tarun Davda, Managing Director, Matrix Partners India, Harsh said, “We have a deep-rooted passion for the problem that we’re trying to solve and a little bit of stubbornness of not accepting failure, and hopefully learning from all the failures that we continuously have.”

He added that his target every year is to be placed in the top 99.99th percentile of EPL fantasy players worldwide.

For Harsh, being a fantasy sports fan, this became a personal problem. And, in 2008, the idea to build fantasy cricket for IPL was born.

“I think that’s very important for founders to get into areas where they’re so personally vested and passionate about that they just won’t give up for like five years. I think, in five years, I’ve seen it become a key inflection point. I think most businesses take five years to find their way through different changes and multiple pivots,” said Harsh.

Are you in it for the long haul?

Harsh candidly added the fact that he is fortunate to have a large cushion to fall back on. Being the son of Anand Jain — a senior executive of the Reliance Group — who is also popularly regarded as “the third son of Dhirubhai Ambani,” it little affected Harsh’s effort.

This meant he had a lot of pressure. For Harsh, the bar was always to create something great because if he created something good or nice, it would be treated as a side job, considering his background.

It was also important for him to show to the investors that he was solving a bigger problem. However, many investors declined his offer because they weren’t sure if Harsh would continue and stick for the long haul.

Needless to say, Harsh has been running the startup for over 12 years now, with Dream11 acquiring the unicorn status in 2019.

However, Harsh had a lot of self-doubts. “We’re talking about like 2008 starting and 2015 getting funded, it was like massive self-doubt for years. But, then luckily enough, we kept pivoting. We kept thinking if this year it doesn’t work maybe we should drop it after like three-four years. So, every year, for example, in 2008, 2009, 2010, we burnt like 70 percent of our friends’ and family’s seed money that we had raised. And, we survived on like 10 percent of it for the next year,” said Harsh.

When the startup had 20 percent of its initial capital left, it kept pushing harder. After it touched 10 percent, it started a services agency and made money from it.

Dream11? Is it a side project?

But, he always knew he was more of a product person. The serving business was a means to make ends meet. It got the team the needed cash flow. “It allowed me to continue being stubborn about not going back to my dad and saying you were right and beg for money or I had to shut it down,” said Harsh.

In 2011, Dream11 pivoted to what you see today, and by 2013, it started seeing many first-time organic users, while spending zero money on marketing. Organic users started coming back. Every new user would invite two friends, and the team would ask users where they came from, and they would always say they were referred by friends and family members.

The fact that Harsh started up when he was 22, gave him the much-needed drive and energy to keep pushing ahead.

“And, I keep telling people, please push your children from college into entrepreneurship if they’re open to it; any kind of entrepreneurship just push them into it. Please encourage them because the amount you learn in that time, and the opportunity cost is so low it’s like you can fail for years and its okay. At 25, you can take up a serious job. But for three-four years, you can try different things, try the entrepreneurial route,” said Harsh.