Namaste, France and Bonjour, India: The future of fintech is French 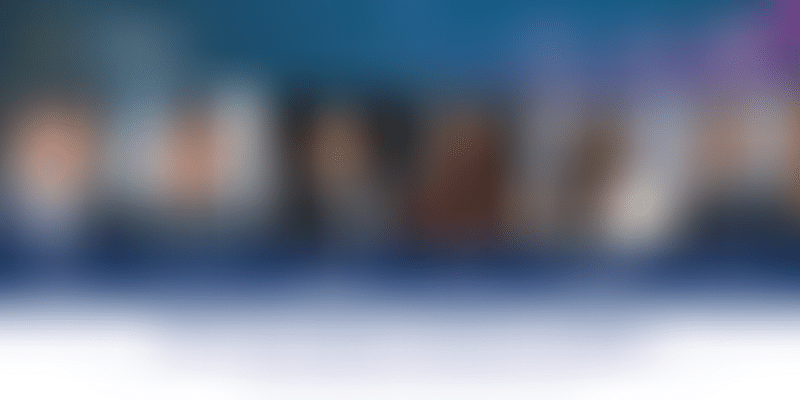 At a panel at the Bengaluru Tech Summit 2020, experts from India and France came together to discuss why collaboration between the two countries in the fintech space is a win-win situation

There are around 1,200 fintech startups in France today, and the country ranks number one in terms of fundraising for startups in the European Union. “Business and technology rest on the solid bedrock of the strategic and political relationship between France and India,” said Dr. Marjorie Vanbaelinghem, Consul General of France, as she began the virtual panel discussion on how Paris is becoming a powerhouse for fintech.

Emmanuel Lenain, Ambassador of France to India, spoke about France as the absolute startup nation and how together with India, they can find better solutions for health, sustainability, climate change and even inequalities. “We are on the roadmap to digital, and we want to partner with India on artificial intelligence, cyber, supercomputing and quantum computing. It’s important for both the countries to collaborate to master these technologies,” he said.

He spoke about India’s public digital infrastructure and the potential for collaboration with France. The Account Aggregation program in India, which ensures that individuals have access to their own data, is relevant to the French economy, he said, adding, “In France, the discussion is how to empower people with data and there’s great scope for cooperation between France and India on account aggregation.”

Souad Tenfiche, CEO - NUMA Bengaluru and Co-Chair of the French Tech Community Bangalore-India briefly spoke about the French Tech Community in Bangalore to build bridges and facilitate exchanges between French and Indian startups to promote French technology sustainably. “We are in positive discussion to launch the French tech cross-border incubator dedicated to French and Indian startups,” she said.

Arnaud De Bresson, Directeur general de Paris Europlace, gave a bird’s eye view of the current fintech ecosystem in France and the wealth of opportunities the country offers as a new gateway to the European market. “We are developing big new initiatives and want to partner with India in these six sectors where France's strength lies - Big Data, Insuretech, payment systems, risk management, AI and sustainable finance,” he said.

B. K. Wadhawan, Head – Government Business, Thales-DIS mentioned how French tech innovation has been a silent contributor to capacity building in India for the last 25 years. Amidst the COVID situation, Thales is the force behind projects like wearable technology and contactless payment. “We believe French tech is here to stay for the next 50 years as partners in India,” he said.

Lionel Baraban, Co-founder and CEO, Famoco shared his opinion on data sovereignty and how they are helping Indian companies avoid data colonisation. "Most of our transactions are done through mobile devices which comes from the B2C world and is profiled through metadata. I believe we need to be digitally independent and France has what it takes to offer encryption and data sovereignty."

Shilpasree Nagarajan, Head of Open Innovation, Société Générale threw light on the difference between the Indian and French ecosystem. While France has a card economy, India leans more towards wallet and mobile-based payments. The French and Indian economy can contribute to the convergence of using more IoT and AI in the payments landscape. “Banks are going to be disrupted by the platform model. Rather than building everything internally, acquisitions and partnerships are the way forward,” she said. Société Générale’s recent acquisition of Shine, a B2B startup in France is a testimony in this direction.

Vijaykant Nadadur, Co-founder and CEO, Stride.ai, works with large organisations in Europe, primarily banks and financial institutions in France, to make them operationally more productive. He said that it’s not enough for startups to just be technologically aligned , but also keep in mind what kind of value add they are offering a bank or financial institution, as they have high-level problems, compounded by scale, risk compliance, internal navigations, etc.

His top three tips are, “First, build good relationships. The magic happens when people like you more than your technology. Second, be pragmatic and try to understand the potential, and finally, no matter the size, make sure you solve a real pain point.”

Lalit Tyagi, Head of R&D and Delivery, Sopra Banking spoke about certain collaboration opportunities between France and India including account aggregation, banks-as-a-platform, open credit enablement network, among others. “The most exciting is the French president’s goal of 25 French unicorns by 2025. This is an ambitious target and a huge opportunity for everyone. In India, there's no hesitation on the co-innovation front,” he said.

The panel discussion concluded with conversation around much-needed optimism to co-create new frontiers for development in the fintech ecosystem in both France and India.