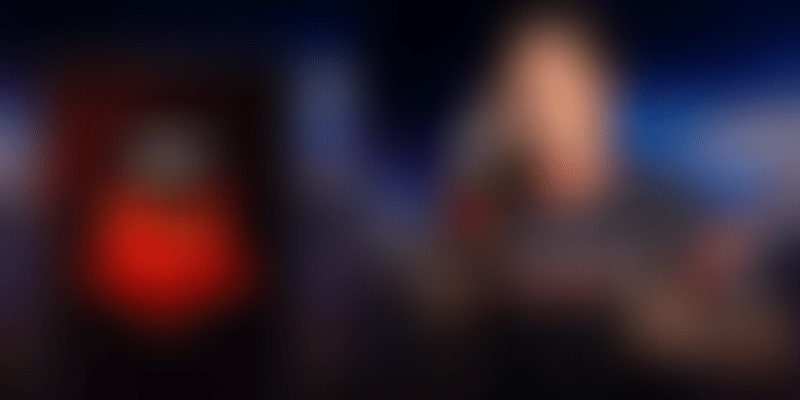 What started off with few games on Paytm’s payments platform is now a burgeoning industry leader in its own right in the form of First Games - the fintech giant’s mobile gaming platform, which has more than 80 million users.

Just when you think Paytm is ready to hang up its boots, kick back, and reap some much-deserved fruits of its labour, the fintech giant pulls another rabbit out of its hat. There was a time the startup ecosystem used to hold its collective breath when rumours of Paytm getting into a new space made the rounds. But now, the community looks to the unicorn to defy formats, forge new paths, and do groundbreaking things across sectors.

Paytm is often touted as India’s first super app-in-the-making, and rightfully so - from financial services and online discovery platform for small, neighbourhood stores, to an ecommerce and ticketing platform, the startup does it all. Already among the most valuable financial startups in the world, Paytm’s rapid expansion into different sectors in order to broaden its consumer base has helped it compete with Indonesia’s GoJek and Singapore’s Grab, two of the biggest super apps in the world.

With Paytm First Games, the startup’s ambitions finally came to a head. Over the last seven months of the coronavirus pandemic, the company has built a solid gaming consumer base that rivals some of the biggest players in the industry.

The digital payments leader counts over 80 million registered users currently, and 20 million monthly active users in its gaming unit, with a 200 percent growth rate in its user base in the first half of the year. The IPL season is expected to push its user base to over 100 million, with 40 million MAUs, according to statistics revealed by Paytm First Games.

Rolling the dice on online gaming

Paytm’s foray into the gaming industry was quite the pivot away from the company’s focus on financial and ecommerce services - more so because a lot of games offered on the platform are free. The startup dipped its toe in the gaming universe by launching a few games on the main Paytm app to test user traction for the service in an already-crowded market. When the team noticed that people stuck around on the app even after making payments or placing orders to play games, the idea mushroomed.

“Our games platform became so big and promising that it only made sense to branch it into a separate app and expand the number of games,” Sudhanshu Gupta, COO of Paytm First Games, tells YourStory.

At the time Paytm First Games was launched in January 2018 in partnership with Chinese gaming company, AGTech Holdings, India was at the cusp of a boom in online gaming. This was mainly due to Jio and its dirt-cheap data plans, which helped add back the ‘smart’ in ‘smartphones’ for many of the the country’s 1.3 billion people. International players such as Hong Kong’s Tencent, Garena, and Supercell, among others, had successfully created space for themselves on users’ phones, and Indians were Candy Crushing and Subway Surfing on their mobile phones more than ever.

With penetration conditions as ripe as this, Paytm First Games met with quick success, and a community of Indian gamers quickly emerged.

First Games was the company’s way to increase engagement with users and take the association beyond just payments and transactions. The startup also realised that having its eggs in many baskets made it easier to cross-promote its products, especially to millennials who play games more than any other generation.

‘Catch ‘em young’ has been the fintech industry’s favorite mantra - and prehending this generation means longer relationships as most millennials tend to be loyal to brands whose utility and usefulness they discover early on in their lives.

The COVID-19 pandemic has been a watershed event for Paytm First Games, which has grown over 200 percent so far this year. Part of the stay-at-home entertainment ecosystem, First Games saw users from not just top-tier cities, but also Tier III and Tier IV cities, across all game formats.

The kickoff of the IPL cricket event in the middle of the pandemic has particularly helped boost and create interest in fantasy sports, which is helping Paytm drive the highest traffic on First Games.

“The ongoing cricket season is the biggest this year in terms of user engagement within the Fantasy sports genre, with over 30-40 percent of the year’s metrics coming from the two months of cricket. Also, since cricket reaches the maximum audience in the country, fantasy cricket has become a great vehicle to increase reach for the overall platform,” Sudhanshu quips.

Roping in cricket maverick Sachin Tendulkar as the gaming unit’s brand ambassador further helped the startup bolster its presence internationally, as well as in smaller cities and towns. The company says it has set aside Rs 300 crore to invest in the fantasy sports and e-sports market in the country, and, over the next six months, expects to host over 200 live events around international and domestic cricket tournaments and soccer leagues.

‘404 Not Found’ on profitability, but expansion in sight

First Games has “charted out” its profitability plan and is on track to meet its targets, the unit says, but its focus is mostly on expanding its capacity.

The company has been heavily investing in technology and hiring engineers to build ‘Made-in-India’ games that can also find success globally.

In May, Paytm said it had partnered with online shopping marketplace Daraz to enter South Asia, shortly after launching the gaming app in Bangladesh. Nepal, Myanmar, and Sri Lanka are next on its list.

With the online gaming segment expected to be valued at $3.75 billion by 2024 in India, according to research by Maple Capital Advisors, a New Delhi-based boutique investment bank, growth potential for India’s 400+ gaming startups is tremendous. So far, the gaming industry has managed to reel in $350 million in investments over the last six years, and that is expected to increase manifold over the next four years as the industry matures.

For Paytm, the opportunity represents not just prospective growth in user base or additional revenue, but an important step in its journey to becoming India’s first super-app.