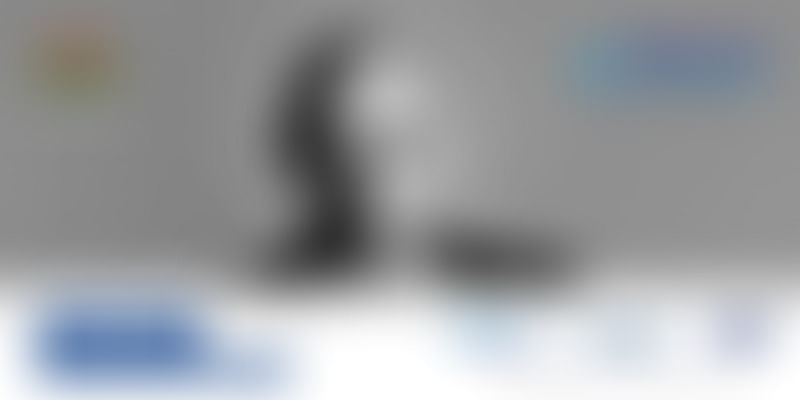 At Bengaluru Tech Summit, author Avi Jorisch shared some of his favourite stories of Israeli innovations that were not just creating a big impact but also had the potential to solve similar challenges in countries like India.

“My journey with technology began in 2014 during the Israel–Gaza conflict when I saw how Israeli operations were designed to stop rocket fire from Gaza entering into Israel. That was a wakeup call for me. It helped me understand how this technology and a host of other technologies from Israel were helping billions of people,” shared Avi Jorisch, Author of ‘Thou Shalt Innovate,’ in his keynote address at the Bengaluru Tech Summit 2020.

A seasoned entrepreneur, Avi Jorisch is also the author of five books with ‘Thou Shalt Innovate: How Israeli Ingenuity Repairs the World’ being his latest publication. A former official in the US Departments of Treasury and Defence, Avi is a senior fellow at the American Foreign Policy Council, a member at the Council on Foreign Relations and the Young Presidents’ Organisation (YPO). He is also the founder of IMS — a merchant processing company that works with clients nationwide.

At the Bengaluru Tech Summit, he brought to the fore how Israeli innovations are not just solving some of the most complex challenges for the country, but also changing the lives of billions of people around the world.

In his talk, Avi Jorisch shared some of his favourite stories of Israeli innovations that were not just creating a big impact but also had the potential to solve similar challenges in countries like India. The first story he shared was that of United Hatzalah/Rescue — a rapid medical emergency response non-profit, which with its all-volunteer network of trained emergency first responders provides lifesaving medical care on the scene of emergencies prior to the arrival of an ambulance.

United Hatzalah medics arrive on average in three minutes or less from the time of the call. He shared how United Hatzalah arrives within the first few minutes of an emergency by leveraging its community-based response system, ambucycles, and its proprietary technology. “United Hatzalah/Rescue has not become a regular feature in Israel, but it has scaled up this technology to nine countries around the world. I believe that technology like this presents a significant opportunity to collaborate with India and save millions of lives.”

The other area where Israel shines and also provides a window of opportunity to collaborate with India is in the area of water technology.

“Israel is a country that is 60 percent desert. Yet, it is the world’s water superpower. It does not rely on the weather or its neighbours for its water consumption. Israel leverages four different technologies to this end. Some of this technology was created in Israel, some outside, but the sum of the whole is greater than its parts. Today, Israel is not only self-sufficient in water but also exports some of this water.”

He highlighted how Israel has desalination plants, providing 60 percent of the potable water in the country.

The second key water technology that Israel developed was drip irrigation. “Until the 1960s, drip irrigation was not available in a commercially viable manner. Israel created drip technology that could be exported to the entire world. That technology is today helping a billion farmers across the world, including India. It is an area of major growth.”

He then went on to explain how Israel recycles its water. “While recycled water across the world is considered a little off-putting, in Israel, it is the most viable commodity. In Israel, the wastewater from the toilets is recycled differently. First, the waste is removed and used as fertilisers. The water is then cleaned five times, and 90 percent of that water is used for agriculture purposes. Given that water is running out across the world, this technology could pave the way to address the challenge at hand.”

In the third example, he shared how an Israeli-Arab company, the largest high-tech neuroscience technology company in Israel, has created the industry standard for devices that act as a GPS inside the brain for deep brain stimulation procedures used to treat essential tremor, Parkinson’s, and other neurological disorders.

The fourth and final example he shared was that of Dr. Amit Goffer, an Israeli inventor who became quadriplegic after an all-terrain vehicle accident. He used his own personal experience in using mobility devices for people with spinal cord injuries to develop a wearable robotic exoskeleton. The exoskeleton provides powered hip and knee motion that enables individuals with spinal cord injuries to stand upright and walk. “The innovation enables paraplegics to get on their feet again, which was once thought to be a far stretch of imagination. But, today, it has helped hundreds of paraplegics around the world.”

Sharing these examples that gave a glimpse into the potential, and of Israeli innovations, he then went on to decode how a country that is the size of New Jersey is developing technology that feeds the hungry, cures the sick, and helps the needy.

“The answer to Israeli ingenuity and its ability to innovate lies on four pillars, and India shares many of these pillars. The first is diversity. Israel is one of the most diverse places on the planet. The second, it is secular. Its secularity is in the foundation of the State of Israel, and it allows everyone to be as religious or non-religious as they want. The third is the prophetic tradition. Israel has a long history of prophets who gave much to the world. The prophetic system has a strong emphasis on fixing the world. The fourth is the idea of failure. As a country, we have internalised that fact that in order to succeed, you must fail.”