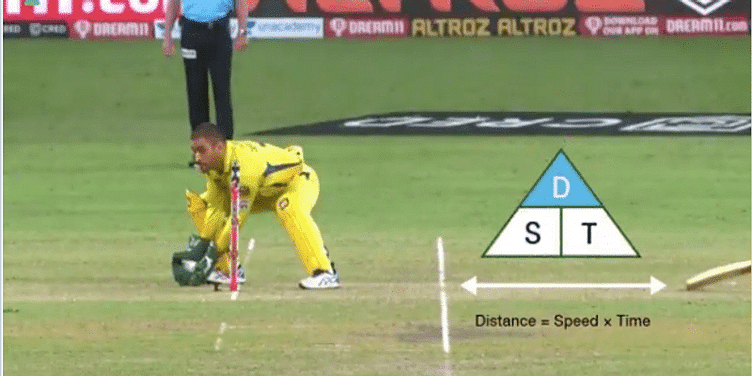 Edtech unicorn Unacademy's new IPL ad film connects sports with learning in an innovative and "product-first" manner. No wonder people are raving about it.

﻿Unacademy﻿ is on a roll this year.

After recording stellar growth riding on the boom in edtech, raising huge rounds of capital, turning unicorn, and becoming the "official partner" of the Indian Premier League (IPL) 2020, the startup is now turning heads with its new IPL ad film titled  ‘Cracking the Game’.

Released on Sunday ahead of IPL 2020's penultimate match, the 75-second now-viral ad has clocked 2.8 million views on Twitter, with close to 8,000 retweets and 45,000 favourites.

The ad conceptualised by Lowe Lintas, Bengaluru serves up a montage of match visuals involving all eight franchises in the league and tops it with a compelling overlay of sketches, diagrams, and a voice-over that sum up Unacademy's core offering.

The film starts by asking students what they have learnt from IPL 2020, and goes on to connect sporting moments to learning concepts such as Pythagoras theorem, magnetic induction, Darwin’s theory of evolution, melting point of metals, etc.

The ad has topped social media trends since its release last evening. Needless to say, cricket fans and sports handles on Twitter have lapped it up.

Unacademy Co-founder and CEO Gaurav Munjal responded to Singh's tweet with "Let's crack it!" that has been the startup's advertising punchline since 2019.

In a day and age where everybody looks at entertaining ads as an easy route to grab eyeballs, this has to be one of the smartest ads ever by an official partner of the IPL. Well done @unacademy! Product first! https://t.co/Ib0LXrLdZn

Some others lauded Unacademy for connecting sports and learning.

Thought we have seen it all this IPL?, Wait.. this #IPLUnacademyFilm by @unacademy makes it better. Way to go guys. No better way to connect the sport to learning. 👌 https://t.co/QaAri6pLy3

"We are the innovation engine for the industry. Be it our content channels or user acquisition strategy or teachers; a lot of people have gone and copied us. We don’t have the best sales engine yet, and we are working towards that," he said.

Gaurav also shared that the $1.45-billion startup is playing the big game that is not restricted to just edtech. Unacademy's "audacious goal" is to compete with Netflix.

"Netflix today is bigger than Reliance. It is a $200-billion company. In edtech, the market is big in India and globally. We have a very audacious goal, which is 200X of what we are doing," he added.