Being a VC is all about the quality of decision making: Priya Mohan of Venture Highway 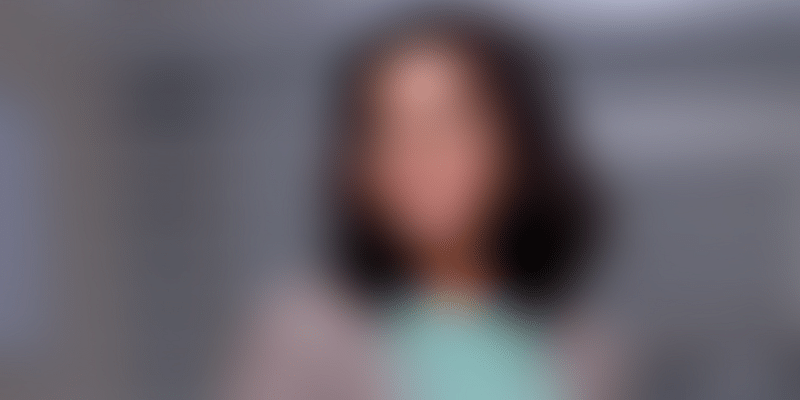 As Startup Sensei at VC firm Venture Highway, Priya Mohan teams up with next-gen entrepreneurs and offers guidance and capital to early-stage nascent ideas. She talks to Siddharth Ahluwalia about why she chose to become a venture capitalist, her investing experience, and learning from failures.

Priya Mohan, a chartered accountant and a management graduate from Indian School of Business, kicked off her career working in investment banking and equity research.

In 2012, bitten by the entrepreneurial bug, she established edtech startup Vidyartha. During this time, she was invited to be a part of the International Visitor Leadership Program (IVLP), the US Department of State's premier professional exchange programme.

A few years on, she successfully exited Vidyartha.

Now, Priya is a Startup Sensei with Venture Highway, an early-stage VC fund that collaborates with budding entrepreneurs to offer capital and mentorship.

The fund’s portfolio includes startups such as Meesho, Headout, Cars24, Moglix, ShareChat, Swiflearn, and OkCredit among others.

In a recent episode of 100x Entrepreneur Podcast, a series featuring founders, venture capitalists, and angel investors, Priya spoke to Siddharth Ahluwalia about why she chose to become a venture capitalist, her investing experience, and learning from failures.

From a CA to an entrepreneur

Priya recalls that her parents were very keen on ensuring she had access to quality education. In her teens, she had multiple interests, from dance to journalism. Much to the disappointment of her parents and teachers, she took up commerce as her specialisation in Class 11 and 12 and went on to pursue chartered accountancy. She joined as an apprentice with Fraser and Ross (Deloitte, Chennai).

After working with multiple companies such as Irevna (A Division of CRISIL Limited), BRICS Securities, and Ernst and Young, Priya completed her MBA from ISB and returned to Chennai. That was when she decided to take the entrepreneurship route.

“I decided to start up mainly to break away from the constraints of my location. And, Vidyartha was the story of my life. More often than not, I used to think about how different my life would have been if I had somebody to mentor or advise the younger me. That was the line of thought while establishing Vidyartha, which was aimed at giving better learning guidance to school students,” Priya says.

Many parents tend to buy different products and services to help their children learn better at school, without thinking about their long-term benefits. Priya and Navin founded Vidyartha to enable children to achieve excellence.

For this, they created learning paths based on the child’s interest, aptitude, personality, and academics, using algorithms. The duo subsequently linked this with boards like CBSE and ICSE.

“To give an example, a child studying in Class 6 or 8 might say that s/he wants to be geologist. But this might change to anthropologist by the time the same child gets to Class 9 or 10. The polarisation tends to continue for a long time. To assist children in their decision-making process and educational path, we developed a dashboard where they could find the most suitable courses and according to their location, area of interest, etc,” Priya says.

Soon, Vidyartha had mapped thousands of courses and built multiple unique learning paths. The startup also worked with many CBSE schools to enhance their career and aptitude assessment portal for Class 10 students. It worked with more than 3,500 schools.

For five years, Priya regularly travelled to Bangalore since her co-founder, Navin Balan, was located there. In 2017, following a streak of successes, Vidyartha was acquired by BYJU’S, which saw the startup's potential to help identify learning needs and gaps to deliver its offerings better.

Being a venture capitalist

Priya met Samir Sood, the Founder of Venture Highway, through a common friend. Samir was looking for somebody to lead the Bangalore team of the VC firm at that point. What began as a six-month experiment became a long-term assignment, and Priya eventually became a Startup Sensei of Venture Highway.

“I really liked Venture Highway’s philosophy. Both Samir and Neeraj Arora had started the VC firm out of passion, and that resonated with me. So, I thought it would be great to learn and work with them. They reposed a lot of faith in me, despite the fact that I was a founder and did not have a VC background. It was completely accidental,” she says.

She now teams up with the next generation of entrepreneurs and provides guidance and capital to early-stage nascent ideas in technology. The idea is to back founders who demonstrate the passion and ability to create world-class businesses.

Priya has been leading several investments at Venture Highway, but her focus has been the edtech space.

She recently took a bet on Swiflearn, a startup that has developed an online tuition platform for live, face-to-face classes for students between Class 3 and 10. Swiflearn’s pedagogical framework focuses on delivering personalised lessons irrespective of the location and timings. This was the aspect that got Priya excited.

The investor says the entire leadership of Venture Highway gets together to discuss and analyse new deals.

“Samir, Neeraj, and I get on multiple calls to discuss a specific deal. Usually, two of us play the devil’s advocate and ask questions. But fundamentally, it boils down to trusting the other person’s decision-making ability. If we feel that one of us has that conviction, we go ahead with the deal,” she says.

According to Priya, being a VC is all about the quality of decision making, “although the outcome of the decisions cannot be controlled”.

“It is a combination of various elements: owning the decision, executing it, facing failures, if any, and improving the framework later.”

Priya sits on the boards of quite a few startups and feels she has amassed a lot of knowledge by closely witnessing the journey of some of the founders. This is the kind of experience that other VCs have as well.

“The wisdom of seeing companies grow and fall is amazing. Ideally, a VC should be able to cleverly, tactfully, and contextually channel it back to young founders,” Priya says.