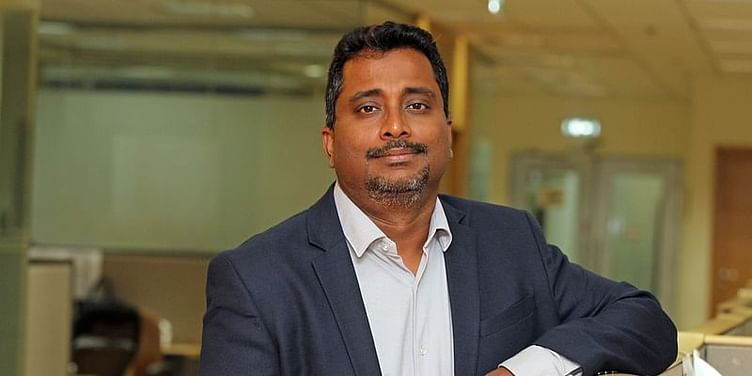 Looking to raise your first round of funding? But do not know what works and what doesn’t? Here are some stories on how startups were able to clinch the deal and what were the steps they believe founders should take during fundraising. This time we cover the online meat delivery startup FreshTohome.

Recently, online poultry and fish delivery startup ﻿FreshToHome﻿ raised $121 million as part of its Series C funding round. This fundraise is one of a handful of rounds during the pandemic that crossed $100 million. Founded by Shan Kadavil in 2015, FreshToHome is a fully-integrated ecommerce platform in the fresh fish and meat segment.

The startup receives nearly 1.5 million B2C orders per month and has a Rs 600 annualised sales run-rate on the platform. As estimated by Euromonitor International, the consumer market size of the fish and meat segment in India in 2019 was $94 billion.

The former Zynga Country Manager, and Founder and CEO of Dbaux, Shan built an extensive tech for FreshToHome, resulting in the company showing growth. For Shan, the journey of fundraising across all three rounds has been similar. He adds that while there is currently liquidity in the market, he believes there are some commonalities that founders can follow while raising funds.

In conversation with YourStory, Shan explains what worked for him in his fundraising journey.

YourStory (YS): Everyone talks about storytelling and its importance in fundraising. How can founders hone that skill?

Shan Kadavil (SK): Storytelling isn’t about the gift of the gab; it is about believing in the story you tell. I realised that the hard way in the early part of my career. I used to run reasonably large-scale sales organisations -Support.com.

The salespeople were phenomenal, but then to close the deal, they would need someone like me who would give the underlying product and technology background. At some point, everyone will cut through the fluff and would want to see the real story. It is about being genuine and believing in your story.

YS: What steps do you keep in mind while raising funds?

SK: While raising funds, you have to go back to basics. There are three things I look at:

Market size - Is the market size large enough? Investors are past the stage where fancy terms like AI, bitcoin etc grab the investor’s attention. Anything with a small market isn’t going to be successful. Funding isn’t that easy these days. In 1999, in the Bay Area, I could speak to a VC for some time and get funding. But that isn’t the case anymore. It is about the fundamentals, and the first part is the market size. The fish and meat industry is a $94 billion market. There are rarely are such markets in that size, which aren’t disrupted.

Illustrating the critical problem – Product-market fit is important. You need to make sure there is a need in the market and your solution addresses that need. In our case, 99.7 percent of the market is unorganised and comprises wet markets. So there are hygiene factors that come into play, and there is a clear product-market fit. There is a clear consumer problem that we are solving.

Unfair advantage - Most founders miss this, but in the second and third round of funding, it is important to point out the unfair advantage. For us, at FreshToHome, it was using technology to disintermediate the middlemen. We have a US patented technology that allows fishermen or farmers to auction with us.

By Series C funding, we had already perfected the process, with over 15,000 fishermen across the coasts using the platform. There is a 60 to 70 percent gross margin that gets cut by the middlemen and if you can run your business with a reasonably good gross margin, it makes for an attractive value proposition. Also, our Bengaluru and Delhi markets are EBDITA profitable. You need to demonstrate the unfair advantage with numbers in the later rounds

Traction and momentum - After Series A funding round, the pace of growth becomes critical. The investor funding is about you making it big or going home. If you have raised capital, you cannot afford to not show growth and revenue, it isn’t how investors think. Being in a dead zone doesn’t help.

[YS Learn] The pandemic has started a new hiring trend: gig workers for specialised skills. How can startups leverage this?

YS: What should founders keep in mind while pitching to an investor?

SK: Investors tend to lose you after the fourth slide, unless you do something that can grab their attention. You can figure that out by looking at their face and body language.

So get your value proposition in the first four slides, and after that, you can put videos and everything else in the later slides. Put your story, and describe why you would have an unfair advantage. Also, while you do talk about the market size, don’t go into too many details as investors understand the markets better. They are investors for a reason, so stick to the unfair advantage.

YS: What advice would you give founders?

SK: In the current market environment, you may need to pivot because traditional ideas may not be as attractive. Anything that can take advantage of people being at home, bring that up. Don’t procrastinate the pivot or the shift. Do it now! Don’t wait for COVID-19 to end. Focus on the need of the hour before you go to the investor.

Also, be aware that investors gravitate towards a business’ positive unit economics. Even if a part of your business is unit economics positive, focus on that aspect of the business and put it into your pitch.