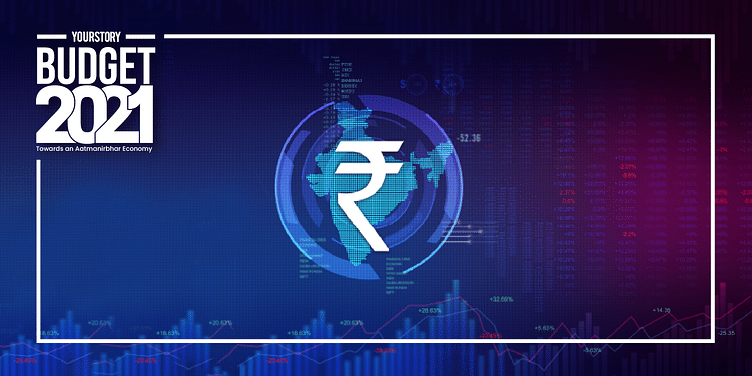 While India has done well during COVID-19, Budget 2021 needs to take full advantage of these converging factors with a focus on Indian entrepreneurs.

The country is following Budget 2021 with great expectations as India exits the recessionary impact of COVID-19. The needs of the hour are growth and jobs. Only growth can increase incomes and create more jobs.

Employment is critical today as the largest number of young people enter the workforce until about 2030, after which it may taper off given the ongoing decline in India's fertility rates. India needs a growth-oriented Budget that focuses on job creation and fixing the structural issues plaguing the Indian economy.

With this Budget, the proposed National Infrastructure Pipeline can be fully funded, expanded to address other vital areas, and launched aggressively to spur economic growth.

It is also crucial for the government to handle the fiscal deficit. Fiscal deficit for 2020-21 is expected to be at 7.5 percent and 4.5 percent respectively for the central and state governments, amounting to 12 percent. This is the highest on record and a direct impact of the global pandemic.

Experts say the Indian economy will grow between 10-11 percent in nominal terms, resulting in revenue growth of 23 percent, which means FD may decrease.

The Finance Ministry must not suddenly reduce the FD from 7.5 percent, which may inhibit Capex and growth, but instead, taper it down by one percent per year. A steady decrease target from 7.5 percent to 3.5 percent over the next five years may be appropriate.

Interest rates have decreased with the government now borrowing 10-year loans at about 5.8 percent. India's tragedy has been high interest on government debt; before COVID-19, interest rates on the entire sum of government borrowing were 7-7.2 percent, which means 25 percent of the government's revenues were consumed in interest payments, resulting in the lack of short-term liquidity.

Thankfully, RBI has taken the cue and increased short-term liquidity by about Rs 8 lakh crore, leading to a reduction in long-term rates.

RBI has stated that it will continue this strategy to enhance government borrowing and accelerate a cycle of increased investments leading to growth and jobs. The Union Budget can make full use of these options to increase borrowing, invest in Capex, and spur economic growth.

One of the biggest challenges for the Indian economy is an asymmetric workforce-sectoral dependence. About 43 percent of the workforce depends on the agriculture sector, which is low-performing compared to industry and services. This results in low per-capita income of about Rs 55,000 in the sector, compared to Rs 1.65 lakh in industry and Rs 2.2 lakh in services.

India has to focus on shifting excess labour out of agriculture into industry and services at an accelerated rate of at least two percent compared to the current one percent per year. A crucial aspect to realigning the workforce is for the Budget to have an investment policy in 5,000 of India's small towns. Here, labour-intensive industries can be started at low and competitive costs, where labour is more freely available from rural areas.

This is how China's growth accelerated. China created labour-intensive industries with a coastal SEZ policy, which generated massive surpluses that were subsequently routed into infrastructure development, hi-tech industries, and human capital development.

If India is to reach the coveted targets of $5 trillion by 2026, and $10 trillion by 2031, it is crucial to build an urban growth engine in the smaller towns rather than in the bigger cities with prohibitive costs.

Moreover, with the unprecedented development of roads and railways over the last six years, connecting these towns to the ports has become more straightforward. It will serve to make India's production and supply chain costs more competitive.

India needs a focused SEZ and labour-intensive industry policy in the 5,000 small towns to spur job creation and move excess agricultural workforce to the industry.

Budget 2021: Why Indian MSMEs are looking forward to this budget like never before

Investment in human capital development is a core requirement for future economic growth. The new National Education Policy has made concrete suggestions, which the Budget can support.

The Budget can allot Rs 5,000 crore non-lapsable budget to the National Research Foundation, which will feed into science, technology, and other crucial innovation areas.

The COVID-19 pandemic has demonstrated the uncompromising need for healthcare infrastructure. Every Indian district requires a 500-bed multidisciplinary hospital with ambulance service. Every tehsil/taluka requires a primary healthcare centre.

Existing and new medical colleges can be drafted to have doctors rotate through the district hospitals and primary centres to provide the skilled workforce to attend to 138 crore citizens' medical needs.

Job creation, IT services, and startups

The IT industry is a steady contributor to growth, jobs, and exports. Its growth is registered in double digits, and is pegged to create 3-3.5 lakh high-quality jobs next year. Government investment in this sector through targeted focus areas in innovation will create even more high-value jobs for the Indian workforce.

Similarly, the startup industry is also on track to increasingly contribute to job creation and growth. India has the third-largest ecosystem and needs special support from the government to ensure more Indian capital is invested.

For this purpose, capital gains tax on unlisted stocks must be reduced – much like in the US, China, Singapore, and other startup-friendly economies – from 20 percent, including a 37 percent surcharge of over Rs 5 crore, to the same level as listed stocks of 11 percent.

The discrimination against unlisted company investments is depriving the ecosystem of domestic capital. Moreover, the tax laws in some counts also offer lower tax rates to foreign investors compared to Indian investors, again, serving to reduce the participation of Indian capital in its ecosystem.

Policy changes to incentivise Indian institutional investors to invest in Indian startups are also required. LIC and other institutional giants hardly invest, while pension funds, sovereign funds, and superannuation funds from countries like Canada, the US, and others, have invested more than $20 billion in Indian startups and venture capital. This dynamic can only change with policy frameworks and government support. Therefore, it is essential to address this issue to prevent India from becoming a digital colony.

India has to focus on streamlining and rationalising costs. The farm sector is allotted a massive amount of Rs 7.5 lakh crore in national and state subsidies every year, including fertiliser, power, water, food, and DBT, among others. These are massive undertakings, and the lack of centralisation leads to many leakages and the giving of subsidies to people who possibly do not deserve it. Farmers are also perpetually dependent on subsidies, which leads to low growth opportunities.

These programmes' end goal is to help the Indian farmer become independent with the ability to direct his produce and command market prices without the need for intermediaries.

It is essential to create a Rs 5,000 crore Fund-of-Funds under NABARD to fund agritech companies that can help increase farmer incomes by 20-30 percent, streamline supply chain requirements, and connect the farmer directly to the market and consumers.

Around 300 funded agritech companies (of about 1,200 in the country) have already demonstrated the value proposition and need deeper investment. Breakthrough ideas like these are essential in the Budget to foster the next wave of growth.

Tax Benefits for the middle class

Like the Prime Minister's famous decision to reduce corporate tax to 22 percent, including surcharge, and 15 percent for new manufacturing companies, this masterstroke will accelerate investment in the FY 2021-22.

India has done very well during these trying COVID-19 times. Our infection rates and death rates, per million people, are some of the lowest in the world.

We have responded to the supply chain and production challenges of PPE, diagnostic kits, respiratory aids, and now vaccines, admirably. The strict lockdown also helped with the nation's response.

GDP growth has recovered in Q3, and Q4 is expected to register positive growth. India can start the new fiscal year with great confidence and aspiration, buttressed by the encouraging data coming out of the corporate sector in Q2-Q3, with the largest-ever profits recorded.

The momentum is gathering. The Budget must take full advantage of these converging factors with extensive infrastructure investments, focus on developing human capital, on increasing farmer incomes and independence, on rural growth engines, and incentivise domestic capital to invest in young Indian entrepreneurs.

These productivity improvements and increased ease of doing business will enable the new India envisioned by our Prime Minister.