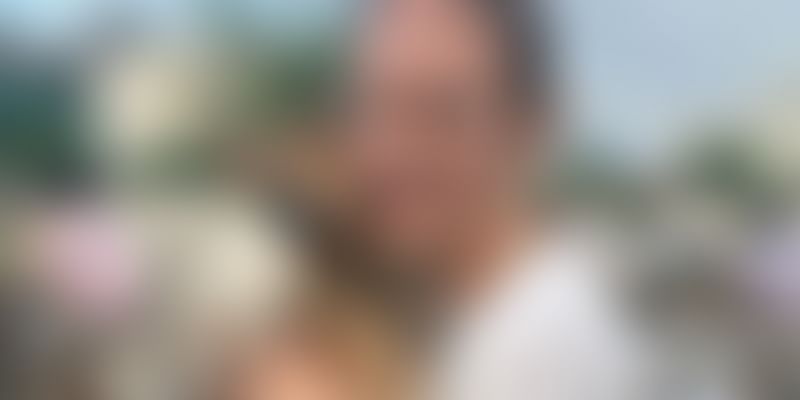 Canine India is a fast-growing pet food startup that focuses on species-appropriate chews, treats, and supplements, without any added preservatives. It sells dehydrated meats and animal products like horns, bones, hooves, organs, and more.

For any startup founder, no matter how big or small, their ‘aha!’ moment is a life-changing point in time because it’s when, finally, and after months of struggling, things start falling into place.

But that wasn’t the case for Germany-born Julia Pape, who set up Canine India, one of the leading species-appropriate pet food companies in the country. Her aha moment came after a series of realisations about the gaps in India’s pet food sector and the lack of awareness among pet parents.

The first time Julia understood the importance of feeding a species-appropriate diet to her dogs was when, at the age of 13, she adopted her first dog, Johnny — actually a female, but given a male name because her mother told her it sounded more “menacing” on night walks.

"I was only allowed to get her home after proving to my mom that I had studied dog nutrition and training, and made arrangements for her training and food supply,” Julia tells YourStory.

A happy and healthy dog, Johnny had to be given away a few years later after Julia left to pursue higher education in New York. Her mother was gravely ill at the time and could not look after the dog alone. Julia learned about the adoption only months later when she got a bill for Johnny’s euthanasia.

“She died of cancer within a couple of months (of her adoption) because she was switched from raw food to kibble,” she recalls.

That cemented Julia’s belief in raw, species-appropriate feeding, and she resolved to educate as many people as she could about the importance of feeding their pets better food.

Years later, when she moved to India with her husband, Harish, and adopted an indie (an Indian native dog), she realised that, save for pre-made kibble such as Pedigree and Drools, pet stores sorely lacked a fresh meats section.

“There was literally nothing but kibble on the market and the only meat I could find was very limited and unclear in origin. So I literally cried and begged and pushed my husband every single day to go find farms outside the city and get me well-raised meat to feed my puppy,” she says.

From treats to toys, PetSutra is a one-stop online destination for pet parents

That moment led her to found Chennai-based Canine India.

The pet food startup sells only farm-sourced meat products, and the only processing the food goes through is dehydration. Unlike most commercial kibble that contains fillers such as grains, sugars, preservatives, and other harmful chemical additives, Canine India’s products don’t contain anything other than meat and other animal by-products such as bones.

The company, which ships its products across the country, is entirely self-funded, and has not hit profitability yet. But Julia says she is not too focused on the bottomline since the business is still growing.

All the money the business makes is invested back, and what little remains goes towards the care of the over 25 street dogs Julia has adopted. Interestingly, they are “employed”  in the company as “Quality Check managers” and can often be found lounging around the production warehouse.

Julia’s entrepreneurial journey hasn’t been easy, especially because the company deals with meat products, a sensitive topic in India.

When she started Canine India, she took on the task of not only providing farm-sourced, good quality meat products for Indian pets, but also had to educate pet parents about the importance of feeding animals the right kind of food.

A species-appropriate diet for domesticated animals such as dogs and cats contains raw meats and meat products such as bones, feet, horns, feathers — basically the entire prey, in its least unprocessed form. The scientific reasoning behind this diet, which is gaining increased acceptance around the world today, is that animals cannot (and should not) eat processed food the way humans do because their gut makeup is vastly different.

A whole prey, for example, contains many different things that help maintain a dog’s health. The fur helps cleans the gut, the feathers help with oral hygiene, and the organs provide several different types of proteins.

When Julia launched those products, she received a lot of criticism and threats for some of the meats she was selling, and many people told her that some of the items were too “gross” for them to handle.

But that didn’t deter her, and she dealt with those censures by putting out as much content as possible about the benefits of raw feeding.

“We should respect how nature does not produce any waste — everything has a purpose, always. And that fascination blurred my view on what's too gross,” she says.

The company does most of its educational outreach on its Instagram page, and Julia herself conducts regular ‘Lives’ and AMAs to talk about pet nutrition.

Another problem she ran into in her initial days of setting up the company was sourcing good quality meats.

It’s no secret that India’s animal welfare and rearing laws are some of the worst in the world, with very few sources supplying certifiable high-quality meat. Livestock farming is done in mostly unhygienic warehouses with no regulatory oversight on how the animal is culled, or meat is stored.

In her quest to use only the best quality of meats, Julia personally visits cattle rearing farms.

“We drive for days at a time to travel to farms and struggle with local languages in other states, but we make sure we see the animals, how they live, and ensure meat storage is always cold,” she says.

The pet food industry, which includes kibble, jerkies, canned foods, and treats, is a $38.6 billion industry dominated by giant companies that own multiple brands under one umbrella organisation. These behemoths, much like the pharmaceutical industry, fund and operate thousands of pet clinics all over the world where veterinarians are given incentives when they help these brands sell.

Surprisingly, despite product recalls in recent years by prominent brands, including Purina, Pedigree, Iams and others, due to instances of metals, harmful chemicals, fungus and mold being found in the food, these companies continue to exist — and vets continue to recommend them, especially in India, where animal welfare laws — much less pet laws — are virtually non-existent.

“I found that there is almost zero unbiased information about pet nutrition and medical treatments in India. I also found that vets here are heavily influenced by big pharma and pet food lobbies, and there’s a lack of labelling food and meat,” Julia says.

Companies like Canine India and Canine Craving, its competitor, are trying to bring about a change in the attitudes people have towards pet food, and are helping pet parents move away from commercial pet food towards organic, meat-based diets.

“It takes a lot of explaining to help someone out with transitioning [from kibble to a raw, meat-based diet] and getting over the hurdles of trying something new. But people love their pets and when they realise something is good for them, there's no stopping them.”

Julia says she doesn’t see herself tying up with a major pet food company, at least in the foreseeable future, because she doesn’t believe in the balance sheet game. Her sole focus right now is to keep adding more products and come up with more recipes for supplements — most are organic and contain species-appropriate superfoods.

“I never want to think about our recipes and methods in any other aspect except: Is it the best we can do by the animals that are fed and by the animal that will eat it?” she says.

For the same reasons, Julia hasn’t considered investor funding till now. And she does not plan to bring one in anytime soon.

She’s focusing on scaling the business, adding new products, helping disseminate information about the importance of species-appropriate diets, and helping pet parents transition from a kibble diet to a meat-based one.

“I was talking to a woman, Sridevi, a while back and she told me her household is pure vegetarian, and that her dogs were not keeping well. It was difficult for her to try the dehydrated meats she bought from us, but she did. Her dogs are now happy and healthy, and she wants to keep providing the best for them. These are the stories that keep me going,” Julia says.