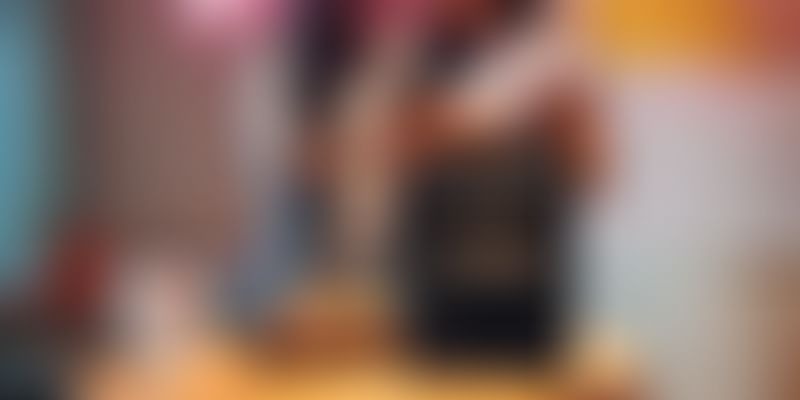 Chennai-based startup Kaching is a social media-based referral platform. Since its pivot, it has raised seed funding from angel investors and funds alike.

All of us have people who recommend us the best restaurants, Netflix shows, movies, bars, and even food.

In a lot of cases, word-of-mouth can even trump ratings and reviews.

But, there is a catch for the merchant — word of mouth is un-trackable, and close to 80 percent of an offline store's discovery and new footfall comes through referrals.

In late 2019, Chennai-based startup Kaching set out to solve this problem. The idea was simple — if your social media post influences your friends and followers to make a purchase at a brick and mortar store, you get rewarded for it, and they get a sweet deal too.

The platform recently raised seed funding from angel investors, including the founders of Swiggy, Bounce, and Indiamart, and funds like First Cheque, LetsVenture, with participation from the likes of Vignesh Ramanujam, Anmol Maini, and Justin Caldbeck.

"Word-of-mouth has been around since the dawn of time; ask anybody from mom and pop stores to mega brands, and they will agree it's their number one source of customers. Kaching's solution to track and reward referrals is a game-changer for F&B and retail. I love their mission-driven approach, and straightforward pricing – excited to watch them expand,” says Vivekananda HR, Co-founder and CEO of Bounce, an investor in Kaching.

Inspired by Coco Chanel, this mompreneur went on to build a fashion jewellery brand

Kaching was initially founded in 2017 by Shiv Shankar Ganesh and Vidya Venkatesh in Chennai as an app that provided deals from restaurants and bars in town for free. You could just show your Kaching app to the waiter at a restaurant and get 20 percent off on the bill.

Shiv explains, “ We grew it with a mix of funny memes, influencer marketing, and some other features to scale it to more than 100,000 users in Chennai. But, eventually, we realised that we had to pivot because we did not want to compete with the incredible competition that came into the space, including Zomato Gold, EazyDiner, Dineout, etc. It dawned on us that Kaching the app itself was just an influencer that influenced its users and drove them to local stores.”

So the founders asked themselves — why couldn’t everyone be like Kaching and share deals with their followers? What stops every regular customer at a restaurant, bar, or store from actively referring their friends and followers to the stores they love?

What it does now

Kaching allows users to tell their followers to go eat at a restaurant, where they'll get 20 percent off just by showing the referrer’s Instagram profile to the cashier.

The cashier will then scan the said friend’s [or referrer’s] Instagram profile with a ‘Scanner’ that Kaching provides. This ensures that each customer’s visit can be traced to the specific referrer.

“The friend gets Rs 100 for every sale driven. Influencers (and regular customers) are free to promote stores that we’ve partnered with on Instagram, Snapchat, Twitter, YouTube, and even Whatsapp! As long as there's a unique identifier attached to their profile, we're good to go,” says Shiv.

Some of Kaching’s clients include Zenly (Snapchat), Singapore Airlines, BMW, among others.

“Post our pivot, we were live in 50 stores in Chennai before the outbreak of coronavirus, billing a flat fee each month. Post-COVID-19, we had to restart, and the target is to hit 1,000 stores in the next six months,” says Shiv.

To pivot, the team changed their model completely. Now, the startup charges Rs 10,000 per month per store.

The merchants get a merchant Scanner App and sales dashboard, in-store marketing assets, and curated influencers sent on rotation every month to keep the referral flywheel in motion.

The team also has a minimum revenue guarantee — the referral programme will drive at least Rs 50,000 in revenue to the store each month or it gets its money back.

The Global News Wire reports that the global referral marketing software market size will be worth $713.3 million by 2027. Some of the other players in the space include SocialChorus, Dynamic Signal, Extole, Influitive, and YesGraph.

Investor Vignesh Ramanujam says, “Word of mouth referrals are probably humanity's largest, and least organised, dataset. We seek referrals for what we want from people we know all the time. Empowering businesses and consumers to benefit from each other by rewarding this natural behaviour, making retail exciting, this makes Kaching very exciting for every brand. I love the founders' vision for simple, social commerce — and can't wait to see Kaching scale.”

The founder says that the startup is perfect for Instagram’s top 500 cities — San Francisco, Los Angeles, Tokyo, Mumbai, Madrid, and beyond.

Shiva says, “We’re language, geography, and platform agnostic. Just the core SaaS opportunity will take us the majority of this decade to scale. Being present in offline stores, powering and funnelling their entire word-of-mouth and referrals puts us in a unique position. We are automatically able to acquire the best ‘influencers’ in every city, and thus own a unique, proprietary, and highly engaged distribution network. The aim is to utilise those influencers to promote offline stores, online brands, apps, D2C companies, and beyond.”