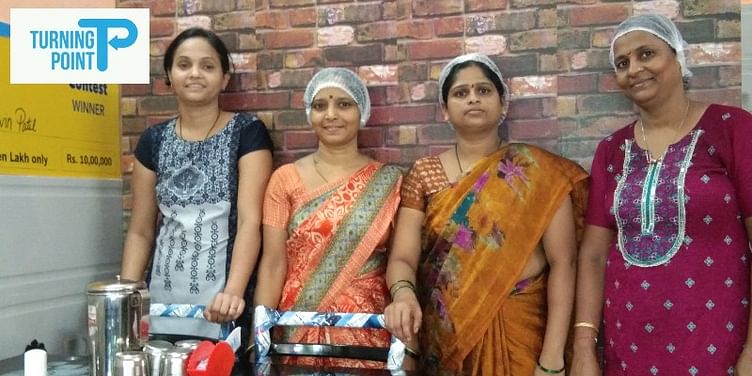 Beginning with a tiffin service, Lalita Patil launched Gharachi Aathvan, a restaurant that offers home-style food, in July 2019 and started clocking revenue to the tune of Rs 30 lakh in a year.

Happiness is homemade, and no one can concur with that adage more than Thane-based Lalita Patil. The 35-year-old, who knew she was “meant to become an entrepreneur”, did just that with her food venture, ﻿Gharachi Aathvan﻿ – a restaurant that offers home-style food.

Born and brought up in Thane, Lalita majored in Physics while pursuing her undergraduate studies. She soon got married at the age of 20.

“I always wanted to be financially independent and used to do tuitions to earn a living. After that, I joined a full-time job a few years ago but quit it soon after,” she says.

The desire to be her own boss led her to ponder about starting her own business. When Lalita started zeroing in on ideas, she realised that she was often appreciated for her cooking. “So, I started a small tiffin service in Thane in 2016. I ran it for more than a year,” she recalls.

What disappointed her was that because she ran her business from home, she did not get the same respect accorded to other working women by society.

“When a woman works from home, she is considered a housewife only,” Lalita says. She decided that she would work but from outside her home, and faced her biggest stumbling block: zero capital.

One day, Lalita came across an ad of startup contest by ﻿Britannia Industries﻿ in the newspaper, which promised an award of Rs 10 lakh to the winner.

“I knew I wanted it,” Lalita recalls. She contested and won the prize in early 2019. “After a tax deduction, I got about Rs 7 lakh transferred to my bank account in March. I already knew that I would use the capital to give shape to a food startup.” Lalita used the funding to give her business a “rebirth”.

She already had a food licence from her tiffin service days. All she needed was a physical setup to start her own restaurant, and it took her three months to pull everything together.

“I wanted to accomplish everything in under Rs 6 lakh, to keep Rs 1 lakh or a little more as a cash reserve. That proved to be useful during this lockdown,” she says.

Initially, finding a shop in Thane in her budget seemed difficult as Lalita was keen on a good location to fulfil her mission of providing quality homemade food to people who stay away from their homes for work, study, or other reasons.

She opened the restaurant on July 9, 2019, and earning Rs 1,200 on the very first day. Since then, the revenue has been increasing – despite the coronavirus-led restrictions and the ensuing lockdown since the end of March.

Lalita says she clocks monthly revenue of Rs 3-3.5 lakh, and has registered revenue of Rs 25-30 lakh in the last one year, turning profitable. Lalita says the growth did not stop during the lockdown as well, even though she closed down the restaurant but continued with the food delivery and takeaway service.

Gharachi Aathvan is not just a restaurant; it is Lalita’s dream. She says she wants to be known one day as a business leader, and not a housewife. “Like Bisleri is synonymous with mineral water, I want to become synonymous with home-cooked meals,” Lalita concludes.