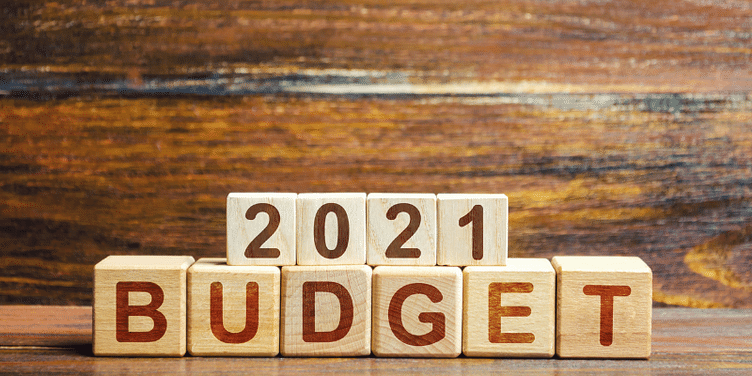 Another key area is to reprioritise both revenue and capital expenditure towards essentials, giving priority to mass vaccination/public health. Similarly, the budget must rationalise/discontinue schemes/sub-schemes that have meagre resource allocation.

The Union Budget must redirect the government focus in resolving demand-side issues by moving away from fixing supply-side problems, which has been the focus since March 2020 when the pandemic began to pummel the economy, says a report.

The pandemic-induced lockdowns resulted in the economy tanking 23.9 percent in the June quarter but made a dramatic recovery with the contraction improving to just 7.5 percent in Q2, and is likely to re-enter the green zone in the second half — which may help the economy close FY21 with a contraction of 7.5-8 percent.

"It is high time to change gears and focus on the demand side as well, lest the ongoing recovery begins to lose steam. There is nothing wrong in addressing the supply-side issues, as it was necessary to restore/augment the broken supply chains. But, lack of adequate demand may jeopardise the recovery and may even lead to a second-round impact," Sunil Kumar Sinha of India Ratings warned in a note on Friday.

It can be noted that since 2012, the consumer demand has been one of the biggest missing links in an economy that was nearly overheated after the heavy stimulus doses following the 2008 global financial crisis, making companies eschew investments and halt expansions, resulting in lower-wage increases and job creation leading to a massive fall in consumption demand.

Sinha warned that even if the supply-side bottlenecks get restored on account of various government/RBI measures it may soon run into difficulties due to the lack of adequate demand for goods and services.

"The economy has shown some green shoots with several high-frequency indicators reaching the pre-pandemic level of production, bolstered by a combination of festive/pent-up demand. But, after two consecutive months of positive growth, the factory output contracted in November, showing the fragility of the recovery. Therefore an appropriate demand-side measure therefore is as important as supply-side measures," he said.

Expecting the Budget, to be tabled on February 1, to focus on boosting aggregate demand, expenditure reprioritisation and mobilising higher non-tax revenue, Sinha lists the following priorities.

Increase infra spend especially that are employment-intensive and have a shorter turnaround time; set up a development financial institution on the lines of the erstwhile ICICI, IDBI and IFCI which can have patient capital or bring in the same; continue with the ongoing relief/income support to the poor households; allocate more funds to MGNREGA as it provides a safety net not only to rural households but also to the workers who migrated back to rural areas.

Another key area is to reprioritise both revenue and capital expenditure towards essentials, giving priority to mass vaccination/public health. Similarly, the budget must rationalise/discontinue schemes/sub-schemes that have meagre resource allocation.

The budget must also take measures to mobilise higher non-tax revenue to fund expenditure and finally, states must be given adequate money and assured of Central support when needed as most of the spending happens at the states.

If the government accepts some of these, "we see nominal GDP clipping at 14 percent (real GDP at 9.5-10 percent in FY22 and fiscal deficit of 6.2 percent of GDP", he said.