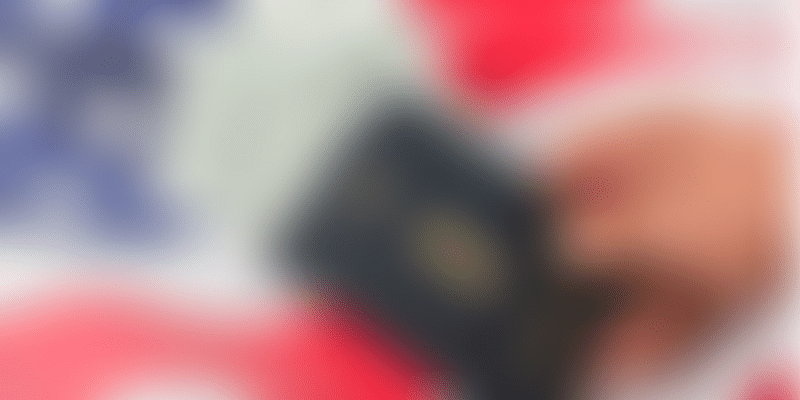 The next H-1B visa filing season is slated to start on April 1. And, the notification comes with less than two weeks left in President Donald Trump's tenure.

The outgoing Trump administration on Friday modified the selection process for the H-1B visa, giving priority to salary and skills instead of the current lottery procedures.

The notification was published in the Federal Register. The modifications would come into force in 60 days.

The H-1B visa is a non-immigrant visa that allows US companies to employ foreign workers in speciality occupations that require theoretical or technical expertise. The technology companies depend on it to hire tens of thousands of employees each year from countries like India and China.

The next H-1B visa filing season is slated to start on April 1.

The notification, which comes with less than two weeks left in President Donald Trump's tenure, is the latest effort to bar the entry of immigrants to the US.

However, it is too early to say how the modification would impact Indian companies as there is a possibility of the incoming Joe Biden administration reviewing the notification.

There was no reaction from any companies or business bodies on the notification so far.

Restricting immigration has been a focus of the Trump administration since its first day when it issued the travel ban on seven Muslim-majority countries, and it has continued into Trump's final year in office as the White House uses the coronavirus pandemic as cover.

Last week, Trump extended the freeze on H-1B visas along with other types of work visas and green cards until March 31.

Democratic leader Joe Biden, who will be sworn in as the US President on January 20, has promised to lift the suspension on H-1B visas, saying Trump's immigration policies are cruel.

Officials on Thursday said the move is aimed to protect the economic interests of US workers and better ensure the most highly-skilled foreign workers benefit from the temporary employment programme.

Modifying the H-1B cap selection process will incentivise employers to offer higher salaries, and/or petition for higher-skilled positions, and establish a more certain path for businesses to achieve personnel needs, and remain globally competitive, said US Citizenship and Immigration Services.

The current H-1B random selection process makes it difficult for businesses to plan their hiring, fails to leverage the programme to compete for the best and brightest international workforce and has predominantly resulted in the annual influx of foreign labour placed in low-wage positions at the expense of US workers, he said.

This effort will only affect H-1B registrations (or petitions, if the registration process is suspended) submitted by prospective petitioners seeking to file H-1B cap-subject petitions.

It will be implemented for both the H-1B regular cap and the H-1B advanced degree exemption, but it will not change the order of selection between the two as established by the H-1B registration final rule, USCIS said.

The Department of Homeland Security had published a notice of proposed rulemaking on November 2 last year. It carefully considered the public comments received before deciding to publish the proposed regulations as a final rule, USCIS said.

According to the final rule, a version of which was released by Department of Homeland Security, said, "while administering a random lottery system is reasonable, it is inconsiderate of Congress' statutory purposes for the H-1B programme and its administration."

Instead, a registration system that faithfully implements the Immigration and Nationality Act (INA) while prioritising registrations based on wage level within each cap will incentivise H-1B employers to offer higher wages, or to petition for positions requiring higher skills and higher-skilled aliens that are commensurate with higher wage levels, to increase the likelihood of selection and eligibility to file an H-1B cap-subject petition, it said.

Moreover, it will maximise H-1B cap allocations, so that they more likely will go to the best and brightest workers; and it will disincentivise abuse of the H-1B programme to fill relatively lower-paid, lower-skilled positions, which is a significant problem under the present selection system, the final rule said.

The changes in this final rule will apply to all registrations, including those for the advanced degree exemption, submitted on or after the effective date of the final rule.

As per Congressional-mandated cap, USCIS in one year can issue a maximum of 65,000 H-1B visas. It can also issue another 20,000 H-1B visas to those foreign students who have completed higher studies from a US university in STEM subjects.

During the public notice period, the department said, several commenters expressed support for the rule and the need to stop visa fraud, abuse, and flooding of petitions by certain staffing or consulting companies.