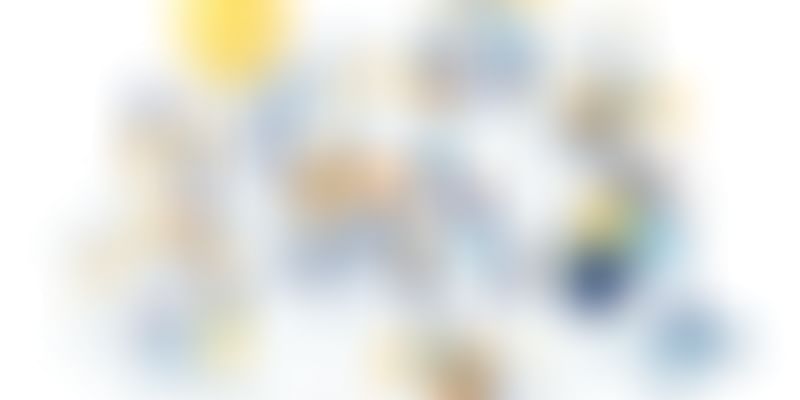 With a large developers’ community and coders, FOSS United Foundation aims to promote free and open-source (FOSS) activities in India.

The Free and open-source (FOSS) movement started in the 90s in India. However, it was not until 2016 that Zerodha and ERPNext started the FOSS United Foundation.

Founded in 2008, ERPNext was developed by Founder and CEO Rushabh Mehta to manage his family business. Bootstrapped since inception, the company provides FOSS ERP (enterprise resource planning) systems to its clients.

In a conversation with YourStory, Zerodha CTO Kailash Nadh and Rushabh Mehta talk about the different ways FOSS United Foundation helps developers and hackers with its solutions.

YourStory [YS]: Tell us about FOSS United Foundation, and why did you start it?

Kailash Nadh [KN]: FOSS United was originally founded by Rushabh Mehta in 2016 as the ERPNext Foundation. Around the same time, Zerodha discovered ERPNext and decided to build its system on top of the ERPNext software.

This got us talking to the ERPNext team, and we gradually realised that we shared similar views on FOSS.

In early 2020, we co-organised a small FOSS conference in Bengaluru and realised we had the right intent and resources to do a lot more activities around FOSS. Thus, FOSS United Foundation was launched as a collaboration between ERPNext and Zerodha, where we subsumed the ERPNext Foundation into a new entity, broadening its goals.

Rushabh Mehta [RM]: India is now a hub of startups, innovative consumer software, developer communities, and large scale technological infrastructure. However, somewhere down the line, the spirit of FOSS and hacking have been overshadowed.

This is illustrated by the disproportionately low number of quality FOSS projects coming out of India, given a thriving industry compared to the explosion of projects that has happened globally over the last decade.

In the Indian context, our goals are:

YS: How do the foundation help coders and the tech ecosystem of India?

KN: There is a huge developer base in India that consumes large amounts of FOSS from all over the world. However, there are very few projects that originate from the country. We want to see a local ecosystem of useful FOSS projects emerge and thrive in India, by creating a platform to encourage developers to create and contribute to FOSS projects, both for fun and profit. This could be in the form of project incubation, funding and grants, volunteer networking, and help with legal aspects, etc.

RM: It is not designed to help coders, but support FOSS projects in India. Recently, we conducted an online hackathon with decent prize money that had over 600 participants build and learn about FOSS. We plan to do events and hackathons throughout the year and build projects for the Indian developers’ community.

YS: Tell us about the challenges, the roadmap, and the steps you took while building FOSS United Foundation.

RM: Zerodha started using ERPNext for some of its applications. The team had discovered the community in Mumbai and had come down for a FOSS conference in 2018. Over the next two years, both the tech teams realised that they are very passionate about FOSS.

We experimented with a FOSS conference (IndiaOS in February 2020), which garnered positive responses. And we realised the need for community-wide FOSS activities in India.

The goal of FOSS United Foundation is multi-fold. We want to bring the community together to conduct events and support projects. We want to bring back the joy of hacking into the profession, where developers should be inspired to develop just for the fun of it. We also aspire to build products under the FOSS United banner.

We expect FOSS United to become a platform like Mozilla that creates community products. Being beneficiaries of the FOSS projects, we feel we must try and give back to the community.

We don't have an active roadmap, but we hope in the next year, there will be some really exciting products that will come out of FOSS United Foundation.

YS: What are the core challenges you see in the tech landscape? How can it change?

RM: India is only second to the US in the number of software developers. However, we still do not rank anywhere in the open-source segment. While there are a few active projects, they are in their early days. India is also slowly moving from service to a "product" mindset, but there is very little innovation involved.

We believe that FOSS is the backbone of technology innovation globally. While some people believe Intellectual Property Rights (IPR) spurs innovation, this is mostly a stale thought. The phenomenal rise of FOSS, aided by the collaboration on the internet, has led to unprecedented growth in technology.

Therefore, if we want to push innovation in India, we have to push people sharing their code with others, so they know where they stand in terms of quality and design.

There is only one way to change it — to become the change ourselves. In the words of Mahatma Gandhi, "Be the change you wish to see in the world."

We hope through our example, more people will be inspired to push projects online, and we want to be there if they need a platform to share their learning or help them on the path to sustainability.

KN: While India is a startup hub and has seen massive technological innovation over the last decade, we seemed to have developed a culture of consuming, and not giving back.

A disproportionate number of FOSS projects originate from India, while the mainstream focus is on building startups of high valuations and not re-usable technology. There is very little talk of actual engineering and technology in the tech industry.

Besides, our highly rigid technical educational system does not provide the right environment for tinkering and hacking. The capital-rich Indian tech industry hardly spends any into FOSS projects. Hence, we say the issue is both systemic and cultural.

YS: Apart from building and conducting hackathons and talking to different coders, how can India transform more into an open-source destination?

RM: Hackathons provide a great way for developers to test their skills against others. It can inspire a competitive spirit in them that can spur them to think deeper about their skills.

While hackathons alone can't do anything, they do provide a space for people to connect, talk, and discover good projects. During our last hackathon, we discovered an attempt to build a new programming language for the next-generation web architectures, and we were able to provide some support to the developer to take it forward.

It would require hundreds of projects to inspire and transform India into an open-source destination (if there exists any such concept). At the core of open-source, there is code and community. While we have plenty of community, we need more code.

KN: Hackathons are just a means of getting developers excited to network and tinker. Most projects built at a hackathon may not get developed further, but some of the ideas that are discussed, or one of the many micro-experiences that are had, could set a hobbyist on the path to becoming a good developer.

For India to have strong technological self-reliance, we need developers to be encouraged to build and contribute to FOSS, the industry to openly support and fund FOSS, and the government to set a strong mandate on using FOSS for its needs.