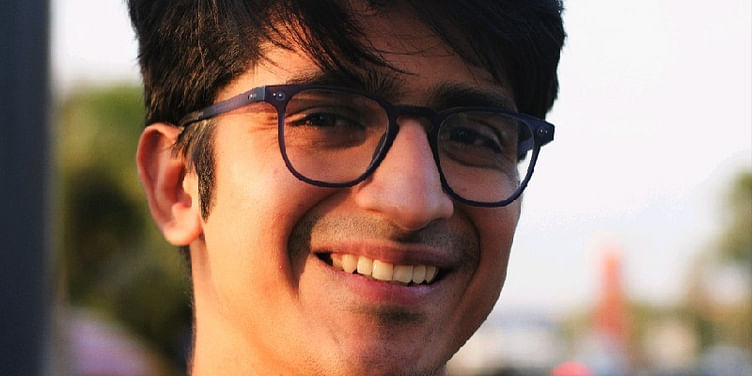 In this episode of 100X Entrepreneur Podcast, Monk Entertainment’s Viraj Sheth talks about his entrepreneurial journey, starting a digital media company, and the future of influencer marketing.

The entrepreneurial journey for Viraj began right after completing his graduation with his college senior Ranveer Allahbadia, popularly known as BeerBiceps on social media.

“He was two years senior to me in college. We were still friends and we worked on a couple of projects together and did some internships together. That’s how we built a rapport and thought why don’t we start something together. Once he had graduated, I still had two years to complete my degree. He took that time to build his YouTube channel, which about 100,000 subscribers, and that’s when we re-connected,” Viraj says.

“We are about 45 to 50 team members right now. In terms of the kind of brands, we are working with about 75-100 odd brands. We have been working a lot in the fintech and edtech space right now, especially with COVID-19, we had to pivot. Before COVID, we were working a lot with pure play consumer product brands,” he adds.

Viraj explains that his parents were not quite pro-business. Like most parents, they wanted him to take up a normal job after engineering.

“Imagine some 21-year-old going to parents and saying I want to leave my stable job and do something on YouTube. They’re going to think I am stupid. So I told them that I will do the job for a few months. The day I make enough money from this business, I will quit my job and take this up full time. I had the job for about three months after which I put in my papers. So that is how it all happened,” he says.

Monk Entertainment has scaled up and now works with some of the most popular brands including Nykaa Man, ﻿Groww﻿, Skillshare, and ﻿GOQii﻿among others.

Speaking about starting up at an early age, Viraj explains that while he did feel he was entering into business without job experience or without any idea about how the corporate world works, he eventually made mistakes and has also learned from them and grown.

“I have made a lot of mistakes. Tomorrow if I were to start a completely different startup, I would know where not to go and what not to do,” he adds.

In this episode of 100X Entrepreneur Podcast, a series featuring founders, venture capitalists, and angel investors, Viraj spoke to Siddhartha Ahluwalia about his entrepreneurial journey, starting a digital media company, and the future of influencer marketing.

06:33 – Working part-time on acquiring clients and Quitting a stable job

19:39 – What differentiates them from other Influencer Marketing Agencies?

22:16 – Setting the right practices for influencers while interacting with brands

35:22 – Structuring and organizing the workflow at Monk-E