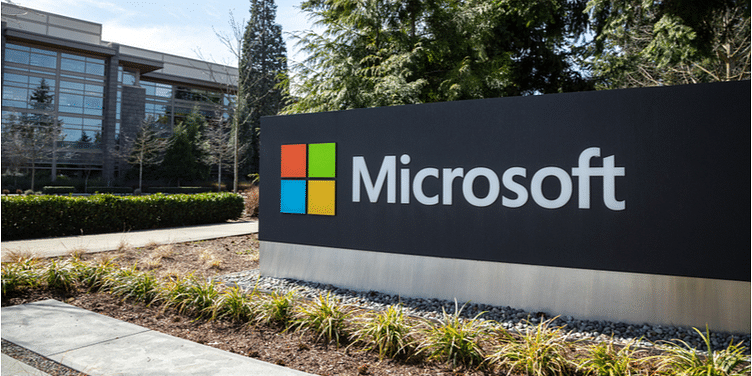 Microsoft's annual study 'Civility, Safety, and Interactions Online 2020' along with findings from its 2020 Digital Civility Index (DCI) indicated that India's score in online civility has improved to 68 in 2020 from 71 in 2019. Lower scores indicate more civility online.

Fewer people in India experienced negative online interactions or encountered online risks in 2020 compared to the previous year, even though risk of hate speech grew during the year, according to a report by Microsoft.

Microsoft's annual study 'Civility, Safety, and Interactions Online 2020,' along with findings from its 2020 Digital Civility Index (DCI) indicated that India's score in online civility has improved to 68 in 2020 from 71 in 2019. Lower scores indicate more civility online.

This indicates that fewer people are experiencing negative online interactions or encountering online risks, it added.

"A few risks remain high for India's online users, especially hate speech, which has doubled from 2016 to 26 percent. There has also been a 5 percent increase in hoaxes, scams, and frauds since 2017 to 22 percent, and 6 percent increase in discrimination since 2016 to 16 percent," it said.

Countries with the best DCI score included the UK, the Netherlands, Germany, Malaysia and the US. The countries with the worst scores include Vietnam, Russia, Colombia, Peru and South Africa.

The latest instalment of the DCI survey, which has been conducted annually for the past five years, surveyed around 16,000 respondents in 32 geographies. The research polled adults and teenagers about their interactions online and experiences of online risks. This year's research included nine Asia Pacific geographies: Australia, India, Indonesia, Malaysia, Philippines, Singapore, Taiwan, Thailand, and Vietnam.

"Our societies are relying on and embracing digital technologies more than ever before, and a safer internet will improve experiences and shape the well-being of our communities," Microsoft India Group Head and General Counsel Keshav Dhakad said.

Also, social media sites are most common online space for risks, it added.

As per the report, teenagers (aged 13-16) in India were found to be positive drivers for improvement in DCI performance, and scored 67 in the measure of online civility, as opposed to adults at 69.

Additionally, 38 percent of respondents in India said online civility was better during the pandemic, attributed to witnessing more people help others and a greater sense of community.

However, 22 percent said online civility was worse due to greater spread of false and misleading information and more personal attacks or negative comments.

"It's heartening to see our next generation take the lead in driving positive interactions online, and to witness digital citizens come together to uplift online communities during the pandemic.

"Nonetheless, threats such as hate speech, together with other uncivil behaviours, continue to pervade society, requiring us all to take positive action," Dhakad said.

How the pandemic has redefined digital landscapes for brands and businesses