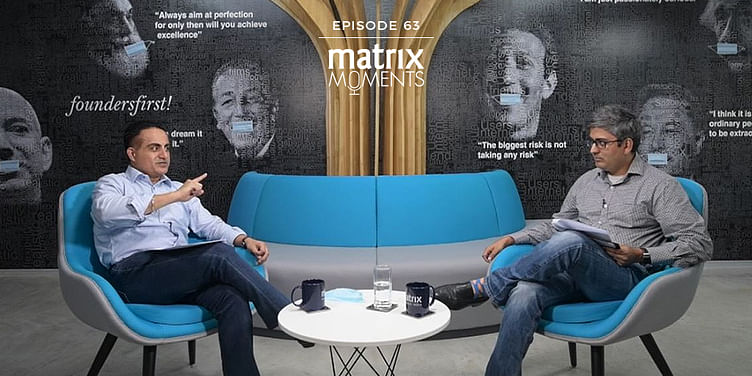 When the pandemic and ensuing lockdown was announced, there was an increasing need for human interaction and connectivity. Platforms like House Party, a social networking site, saw major growth, and even Zoom was used to play virtual games. “I have played poker on Zoom,” says Avnish Bajaj, Founder and Managing Partner, Matrix Partners India, in conversation with Rajinder Balaraman, Director, Matrix Partners India, in this week’s Matrix Moments Podcast.

Both Avnish and Rajinder agree that they realised this to be a core concept in social commerce. “Group buying, for example, is a concept of gamification,” says Avnish.

Gamification has become a part of everyone’s screen time, including children. “While gaming and gamification within products always existed, COVID-19 has acted as an accelerant. All of us have grown up on games, and all of us relate to it at some level but what really is gamification,” asks Rajinder.

Avnish believes gamification’s human focused design appeals because we have certain behaviours - intrinsics and extrinsic, which if tapped into, can be very powerful. While the design matters, there is also a lot of motivational psychology, user interface, experience, neurobiology - and all these triggers are wrapped up in technology for a business.

[Matrix Moments] From business models to revenue and resilience, how 2020 taught us more than survival

Explaining this with an example of a course on gamification run on Udemy by Yu-kai-Chou, Avnish says -

“I really liked Yu-kai’s framework as it’s an Octalysis framework. It has eight elements to it, octagon plus analysis ideas. I don’t think many companies have looked at gamification that way, but companies of the future must think like that to up their game,” says Avnish.

“Yu-kai believes gamification is based on intrinsic motivation. As an example, he takes Apple’s Think Different ad. Apple is making you think that you are different or want to be different. Apple’s first 1984 ad, where the hammer is thrown at IBM, was that. Look at Pepsi, what is it selling? Sugared water. Should there be any meaning to it, no. But what was the ad that really took off? “Yeh dil mange more”. So suddenly you’re adding meaning to it,”Avnish says.

Another important element of gamification is creativity. If there is no creativity, it will not engage you as much. Citing an example, Avnish says, “In Sweden, there is a piano staircase which has now become an exercise tool. When you are walking up, depending on the note you step on, the music changes. This makes people run up and down the stairs in different ways, trying to make music, and in the bargain, getting them to exercise their bodies. Another example is helping children learn the periodic table - gamifying it using cards makes them learn it faster than the conventional methods,”

Moving on, personalisation of gamification on the websites is also a very important element, and you have to be invested in it, says Avnish, as it adds to social influence. “We’re all social animals. The first games that took off were something called MMORPGs - Massively Multi Player Online Role Playing Games.” MMORPGs are distinguished from single-player or small multi-player online RPGs by the number of players that are able to interact together.

Another important factor is scarcity. “You have to play on the FOMO (fear of missing out) effect. Farmville, and a lot of such games, have a scarcity value. When Pokemon was released, people were walking around randomly all over because of its unpredictability,” says Avnish.

The discussion then moved to the concept of loss avoidance, with Farmville taken as an example.

Listen to this interesting Matrix Moments session on gamification here.