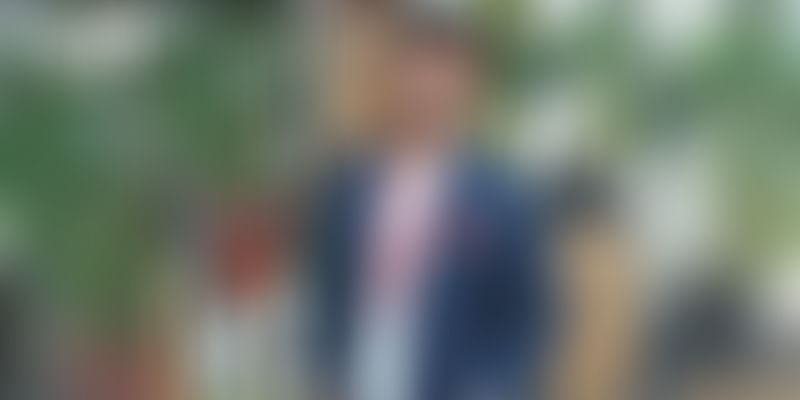 The Turning Point is a series of short articles that focuses on the moment when an entrepreneur hits upon their winning idea. Today, we look at Jaipur-based startup OLE Rooms, which allows one to rent flats, paying guest houses, etc., for a day to over a year.

A mishap can change a lot in someone’s life, and for 18-year-old Devendra Sharma, it gave him an opportunity to become an entrepreneur.

Devendra (now 21) is the Founder of Jaipur-based OLE Rooms that lets people list, discover, and book accommodation for an individual or on a shared basis for a desired period — from a day to more than a year.

Started in 2018, OLE Rooms is an online marketplace for renting flats, paying guest houses, and hostels without brokerage for as low as Rs 199 a day. The startup claims to have catered to more than 2,300 customers, and is now at a growth stage.

At present, OLE Rooms has more than 3,600 properties on its platform in cities like Jaipur, Kota, Bikaner, Ajmer, Bharatpur, and Sikar. Most recently, the startup has onboarded rooms in Delhi as well.

It is now looking for investments to the tune of Rs 1.5 crore to scale to 15,000 properties in the next 18 months.

An engineering aspirant, Devendra was searching for a room to stay in Kota, Rajasthan, in 2017.

“I and my father kept looking for rooms all day long. My father, who had blood pressure and diabetes, collapsed, and I had to rush him to a hospital,” recalls Devendra.

This incident made him think about the problems other students might be facing in finding suitable accommodation. “I thought, why not make such a platform where people can see the room and book it at ease?”

He started working on the idea and chose Sitapura in Jaipur as his first target because it has several engineering colleges and a sizeable student population.

To get started, Devendra invested a seed capital of around Rs 1 lakh. In the last two years, he has raised Rs 2 lakh from friends and family to expand the startup’s operations.

“We started with one hostel and now we have more than 4,000 hostels, PG rooms, and flats on our platform,” says the Founder and CEO of OLE, an abbreviation for “own linking to entire”.

The startup claims its low prices, coupled with three meals available for between Rs 100 to Rs 200 per day, are its USP against competitors such as OYO, Zolo Stay, Zostel, and Hostelworld.

OLE runs on both B2C and B2B models. In terms of B2C, the startup charges a commission from an accommodation provider on a listing.

In terms of B2B, it has tie-ups with companies such as Reliance Jio, Metacube, CarDekho, ATCS, Pinnacle, Briskminds, Fexle, Jaipur Rugs, Synoriq, Thrillophilia, Infosys, Exambazaar, etc., that use OLE for their clients and employees.

The startup is now increasingly looking to collaborate with corporates.

“We are also partnering with hospitals as patients come for treatment from various states and towns, and they can avail rooms with their patient cards,” says Devendra.

While the pandemic has affected the business, Devendra is positive about growth and says the market will be back with 10x speed in the next few months.