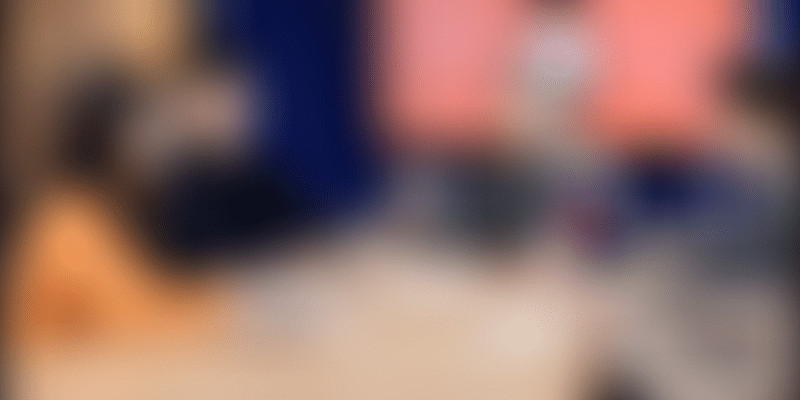 The minimum viable product (MVP) plays a vital role in understanding customer needs and gives investors a sense of what the product can achieve with scale. But it is important to build the MVP frugally. Here's how fintech startup True Balance did it.

In July 2014, Charlie Lee started True Balance in India as a mobile balance check app. Under the radar for the next three years, True Balance had one purpose: to become the number one financial platform for the next one billion Indians.

Charlie has said it was important for the team to find the product-market fit (PMF) among Indian users and then expand its offerings. In November 2020, the startup raised $28 million in funding from investors including SoftBank Ventures Asia, Naver, BonAngels, Daesung Private Equity, and Shinhan Capital.

The Seoul and Gurugram-headquartered startup has come a long way since then.

True Balance has expanded its portfolio to bring full-stack financial services to low-income citizens, making “finance available for all”.

It disbursed loan products of Rs 1 billion in 2020 to the underbanked, financially uneducated, and under-credited people of India. The company’s loan book claims to have grown over eight times since January 2020, capped off by their cash loan and level-up loan service – with an average ticket size between Rs 1,000 and Rs 15,000.

The app now provides solutions to all the financial needs of its users, be it shopping, buying insurance, instant loans, paying utility bills, and recharging. It has also started focusing on providing small loans across India.

In a conversation with YourStory, Charlie Lee explained what essential steps the fintech startup took in the MVP stages to ensure that the product could scale and grow quickly.

YourStory (YS): What were the steps you took while building the MVP, and what were the learnings they led to?

Charlie Lee (CL): MVP development follows a build-measure-learn process, which allows you to release a product that can be continually improved as you validate (or invalidate) assumptions, learn what users want, and build future iterations of your app that better serve your customers.

Once we have the data to analyse behaviour and patterns, it allows us to launch on a larger scale. For our products, we introduced these at a smaller scale and tried to understand the response. We were able to restructure repayment rates for our consumers with the data we could gather.

YS: What are the challenges in building the MVP and how do you go about the same when you are bootstrapped or have limited capital?

CL: Since the time we started, till date, our target users have been clearly identified. That is an important aspect before rolling out any product.

True Balance has only focused on the next billion middle-class users, who depend heavily on cash, but do not have the means to access it. These users cannot borrow from traditional banks, and they have little to no credit history. In such cases, lending becomes a challenge, so we spent a lot of time and resources in building categories that gave us insights into customer requirements.

We are trying to solve the last-mile challenge, but there is no ready-made data available. That leaves us with the room to ideate ways to get the data required and scale up from there. So, it is important to take baby steps, before taking a plunge into the larger market.

YS: How did the product evolve and what are the steps you took?

CL: We initially started as a balance checking service, and for that we were using the USSD code. After that, we introduced a feature where people not only checked their mobile balance, but also could top up using our app.

Interestingly, people do not charge once like the post-paid system; they recharge three to four times in small amounts. This gave us an insight into the amount of money customers spend, the number of times they recharge, etc.

We diversified this and offered customers the option to pay for electricity, gas, water, and offered ticketing services and ecommerce. We did not launch a full-blown stack of services. We did it gradually, and that has what worked in our favour. From 2016 onwards, we have introduced new services every year. It is important to innovate and provide what the customers need, but at a reasonable pace, backed by research and data.

YS: What were the mistakes you made while building the MVP? How long did it take to rectify these in the next version of the product? What should one keep in mind while solving for redundancy and mistakes?

CL: Like any other established business, we had numerous learnings from things that did not work out initially. We launched some products that worked at a small scale, but did not gain traction when rolled out nationally. For example, we launched digital coupons; they did not do well, so we took them down.

Similarly, we introduced recharge loan service and rolled it back as it did not have many takers. The takeaway has been that we need to launch services that the customers need, but if something is rejected by customers, we must act on that. It must not be viewed as a failure, but as a learning that some features or products are not required. We can then focus our resources on creating newer services and bettering existing ones.

We firmly stand by our belief that new services are one aspect but only if it makes things more streamlined and compact. As a matter of fact, we had planned to launch our lending feature in early 2019, but were unable to do so. We launched it only by November 2019. It did seem like a setback, but we ploughed through it - that is important. We must not let setbacks take precedence over the larger good.

YS: How did you work and design the model of adding the right feature at the right time?

CL: We started the company with a vision to be the digital financial platform for last-mile users, who are underbanked. We call them the next billion users, and this segment has always been the focus. With each new introduction, we are fulfilling that vision while solving the requirements of these users.

We have continued to keep that sharp focus. In everything we do, we prioritise these customers; that is what differentiates us from the rest.

YS: How important is the core tech architecture? How do you build a robust one with limited time and funding constraints?

CL: Core tech architecture is everything that builds the product. One needs to spend time and resources to build that up as a priority. Technology is evolving rapidly, and everything is centred on smartphones because of the kind of penetration they have.

One must spend resources and time on the core tech architecture to ensure a strong product is built. It is essential to build a system that is fool proof and without any glitches to gain confidence and launch a successful product in the market.

As a digital financial services platform, technology is crucial at every stage of the product. With every round of funding, we have invested a major portion in developing our technology to make it glitch-free and secure. That’s how we have been able to create a safe lending space, while also ensuring data security.

YS: What advice would you give CPOs when they start building a product?

CL: You may have a clear focus on what you want to do, but it is also important to know the market thoroughly. The first key aspect is knowing the size of your market. Second, how fast is this market growing? Last, the phase – such as a mature, crude, and early phase - where this market is currently at. Knowing the market well is vital.

Another key aspect is your brand’s presence. Be present where the audience is present. Grabbing customer eyeballs in the right place at the right time is very important for a CPO, in the nascent stage of a product building.