National Technology Day: How technology, both radical and incremental, determines the growth of the esports industry 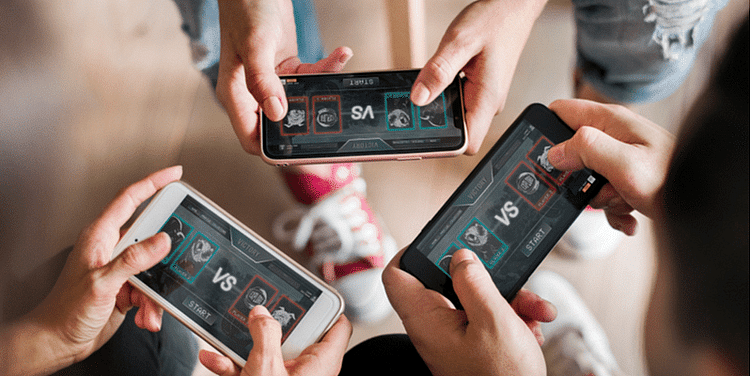 The mobile gaming market may hit a CAGR of 14 percent during 2020-2025. Experts are citing reasons such as growing smartphone penetration and increasing adoption of advanced technologies for developing games behind this rise.

Over the years, the esports industry has seen tremendous growth in terms of its reach and viewership. Once considered as a subset of sports culture, esports is now evolving into a full-fledged industry. Technological advancements have played a key role in keeping this industry vertical interesting, and is one of the important drivers that has led to this growth.

The mobile gaming market may hit a CAGR of 14 percent during 2020-2025. Experts are citing reasons such as growing smartphone penetration and increasing adoption of advanced technologies for developing games behind this rise.

Below listed are some technological adoptions that pushed the overall growth of esports worldwide.

The technological evolution of hardware spans across specialised hardware devices including processors, monitors, input devices, audio systems, mobile phones, streaming equipment etc. The growth of hardware has enhanced the overall gaming experience and taken it to the next level making gameplay more engaging and real.

Easy access to blazing-fast internet helps to develop a larger gaming community of highly targeted esports audience. India has got its smartphone population covered with a high speed 4G network and the launching of 5G is underway, which will further strengthen the building blocks of online esports.

Increasing use of smartphones has brought forward the esports phenomenon to a whole new level. Mobile gaming comprises 80 percent gamers in India. The only reason behind this growth is access to affordable smartphones.

Availability of affordable smartphones and reduced data cost fueled mobile gaming penetration further. Now gamers have a choice to buy high-end gaming mobiles under their budget without compromising the camera, display quality, and other gaming-specific features.

Smartphone makers such as ASUS ROG, Xiaomi, and ZTE have started producing smartphones optimised for mobile gaming and pro-gamers. It’s expected that due to the steep rise in the quality of smartphones under budget, the total number of online mobile gamers in India will cross 510 million by FY 2022.

AR and VR have set out to bring radical change to the esports industry with top-notch innovations for engrossing and enthralling gaming experiences. These new technological innovations helped in bringing 3D effects to gaming.

With Augmented Reality, game developers connected the digital characters with the real world in an imaginary reality environment. AR-powered games blend real and virtual environments for the captive experience.

AR and VR have changed the dimensions of gaming at scale. They help to create an imaginary setting during the gameplay, which stimulates a gamer’s physical presence. It creates a complete virtual world for gamers. This is just the beginning as a lot more advancements are slated to come over time.

People would have never thought that AI would be integral to the gaming industry. This cutting-edge technology is now gradually making its presence felt. Artificial Intelligence-powered tools are making it possible to watch and analyse esports tournaments for making data-driven decisions.

Teams and players are now using AI tools to find ways to improve their gaming strategy. For instance, FalconAI introduced AI-powered tools to help esports players improve their skills in various games such as League of Legends and Valorant, etc.

Cloud gaming is all set to revolutionise the way games are played. It will reduce the dependency on local hardware for playing games. Tech giants are working on developing Cloud gaming platforms like Google Stadia to allow gamers to play games on their low-end devices with only requirement being a fast internet connection. No more expensive hardware and lengthy downloads. In cloud gaming storage and processing is done in Cloud data centers while gamers can stream graphics on their devices.

The growing penetration of technological innovations in esports has intensified the thrill and joy of playing games. Technologies like virtual reality, artificial intelligence, and gesture control are shaping the future of esports globally. We are hoping to see more high-end sophisticated technology adoptions in the esports industry. They will completely change the way we play games and consume gaming content.