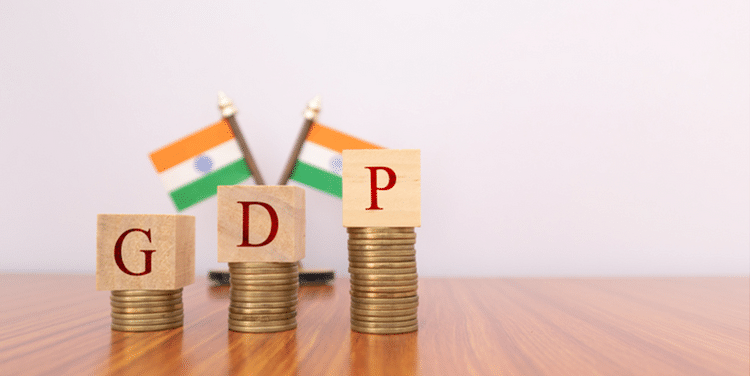 The think tank said fiscal deficit may remain high for a second consecutive year, with revenues affected by the depressed level of economic activity.

Economic think-tank NCAER expects the Indian economy to grow between 8.4 percent to 10.1 percent for the current financial year, as against a contraction of 7.3 percent in the last fiscal.

Releasing its quarterly review of the economy, the National Council of Applied Economic Research (NCAER) has pitched for strong fiscal support to push economic growth.

The economic growth, according to NCAER's estimates, had contracted by 7.3 per cent during 2020-21.

The report further said the second COVID-19 wave, four times greater in ferocity as compared to the first wave in terms of the number of cases and deaths, has further disrupted the growth process, which had already been severely damaged by the first wave.

High-frequency indicators show a sharp decline in economic activity during April and May 2021, the peak of the second COVID-19 wave, though there are some indicators of recovery in June as unlocking proceeds, it added.

To restore the growth process after this situation for two consecutive years, the process now needs a strong positive push, NCAER said, adding that fortunately, export growth is projected to remain buoyant with recovery in the global economy.

"The required fiscal policy stance in this context is public expenditure push," it said.

As per the think-tank, fiscal deficit may remain high for a second consecutive year with revenues affected by the depressed level of economic activity.