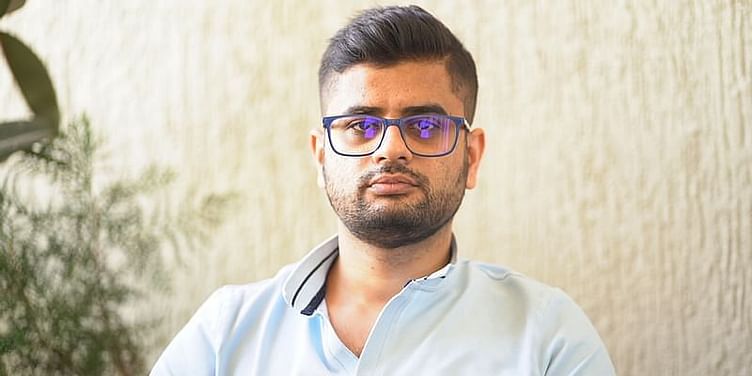 In this episode of 100X Entrepreneur Podcast, Paras Chopra, Founder and Chairman of Wingify, talks about making and managing money.

According to Paras Chopra, Founder and Chairman of SaaS startup Wingify, ‘wealth’ and ‘money’ are related but are two different things. He explains that while wealth means wanting things or things needed to improve life, money would mean “numbers in one’s bank”.

“I think true wealth is indistinguishable from a good life,” he says.

Paras reveals that his first experience of making money was when he was 12 or 13 years old when he used to build software in Visual Basic and C++ and then make them available online.

From Khana Khazana to FoodFood: Celebrity chef Sanjeev Kapoor on his entrepreneurial journey

It was the early internet days, and during that time someone reached out to Paras to make a few personalised modifications to the software, and he received $100 for that.

“From there on, somehow I felt that doing something that I love, which is coding and programming, and trying to make money off it is how I want to imagine my own future. So, I went into startups as a consequence of this thought,” he says.

Paras got inspired from reading books by Paul Graham and interviews of founders of PayPal, Yahoo, and Google. He took inspiration from them after realising how they could convert their ideas into money.

However, like any other entrepreneur, Paras too faced his own share of challenges. He tried entering the startup ecosystem in his college years and failed thrice. He reveals that Wingify was his fourth or fifth attempt at entrepreneurship.

“I think the joy is in learning what is it to be an entrepreneur, what is it to be a leader, to be a manager, and money, frankly, had been always a secondary consequence. The reason I say so is that if money was the primary motivator, I imagine I would have gone ahead, and we would have raised some funding, but we didn’t. We had more amount of money coming in, and we knew what to do with it. I think that is a measure of wealth in both personal and professional context. It’s not just the amount of money but it’s the amount of money relative to your needs,” he says.

Investing money as a founder

Speaking about starting up and money creation, he explains that creating money is not a trivial thing but requires a lot of commitment, intellect, and passion.

When asked about managing the money coming from Wingify, Paras explains that the first priority is always business growth and has always reserved a certain amount of the revenue to pump it back into the business.

“As an entrepreneur, one has to realise that the company that you are working at is the biggest contributor to your future net worth because whatever else you invest in, maybe equity or real estate, you don’t have as much control on the value appreciation of those assets as you have for your own company. So Wingify is absolutely my number one factor in wealth creation. That’s why that would always take precedence in terms of its growth,” he says.

However, Paras also advises against going to extremes to invest in a company where one needs to take loans or going into debt to run it. He explains that financial independence and financial safety are very important for entrepreneurs.

“If something is fundamentally broken and if you have not figured out product-market fit, say if your customer acquisition channels are unprofitable, just throwing money at it is wasting money. So, you have to be thinking like an investor first and if it makes sense to invest in the company invested, if it’s profitable, if it’s not, then you have to take care of your financial independence,” he says.

Paras says that he always made sure that he had enough money to not worry psychologically about his safety.

05:15 – “Money creation is obviously not a trivial thing. It requires a non-trivial amount of commitment, intellect, passion, and so on and so forth.”

06:59 – “If money was a primary motivator, I would have gone ahead and we would have raised some funding, but we didn’t.”

22:56 – “Diversification is the only free lunch in finance.”

26:31 – “If you have to constantly work in your life to live, then you’ll have all sorts of restrictions.”

34:37 – His ideal investment: being passive, no speculation, and growing faster than inflation