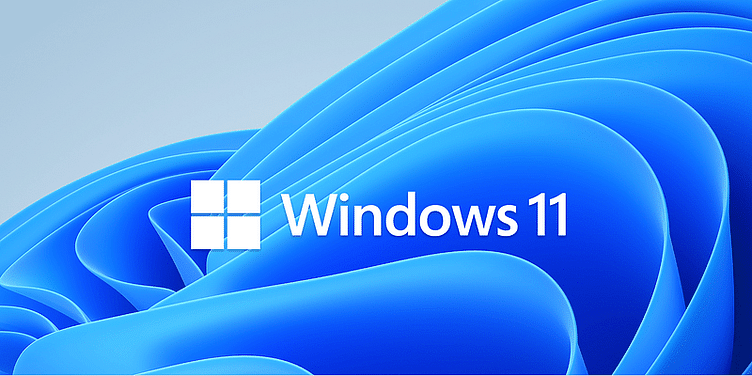 Nearly six years after the release of Windows 10, Microsoft launches Windows 11, which includes a new Start Menu and Taskbar, along with widgets that will work with developer apps.

Tech giant Microsoft on Thursday unveiled the Windows 11 operating system, sporting a simplified design and cleaner look, which will be available in the market towards the end of the year.

The latest version will also see Microsoft bringing Android apps to Windows for the first time.

Microsoft's Windows operating system has powered computers around the world for years. Windows 11 is the first major rehaul since Windows 10 was launched in 2015.

Over the years, Windows has been facing strong competition from Apple and Google as smartphones and other smart devices gained popularity.

"Today marks a major milestone in the history of Windows. It's the beginning of a new generation. I'm excited by what we've shown you today, and how we're reimagining everything from the operating system itself to the browser to the Store and the Feed...

"With Windows 11, we have a renewed sense of Windows' role in the world," Microsoft CEO Satya Nadella said at a virtual event.

'A new era of Windows'

He added that the company is introducing new store commerce models and policies and creating new opportunities for local publishers and supporting more applications with Android apps.

"This is the first version of a new era of Windows. We're building for the next decade and beyond," he said.

Microsoft has modernised the design and user experience in Windows 11, from a new start button and taskbar to each sound, font, and icon.

New Snap Layouts, Snap Groups, and Desktops in Windows 11 allow for easier multitasking and organisation, while Teams integration directly into the Taskbar will help users to connect with others in an easy manner.

It also has Widgets, a new personalised feed powered by artificial intelligence and best-in-class browser performance from Microsoft Edge.

The new Microsoft Store will create a more open ecosystem for developers and creators, as well as a faster, more secure experience for IT professionals, it said.

Also, people will be able to discover Android apps in the Microsoft Store and download them through the Amazon Appstore starting later this year.

In a blogpost, Microsoft said Windows 11 will be available through a free upgrade for eligible Windows 10 PCs and on new PCs "beginning this holiday" (end of the year).

The free upgrade will begin to roll out to eligible Windows 10 PCs this holiday season and continuing into 2022.

Microsoft said it has been working closely with its hardware and silicon partners for seamless integration across software and hardware since day one of developing Windows 11.

It added that it has worked with AMD, Intel, and Qualcomm to bring together "the best of Windows 11 with the largest hardware ecosystem in the world".

"And with Dell, HP, Lenovo, Samsung, Surface and others, we've worked to ensure most PCs you can buy today will be ready for Windows 11 -- across a variety of form factors and price points," it added.