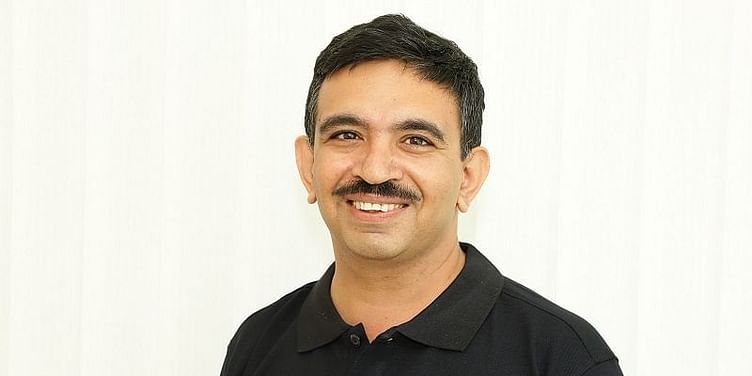 Launched in October 2020, PESU Venture Labs is a deep-tech focused micro fund that operates in the pre-prototype or pre-ideation phase, and aims to help industry professionals, student entrepreneurs, and academicians build scalable startups.

But the country, which has 3,500 engineering colleges, 23 IITs, 31 NITs, 3,400 polytechnics, 200 schools of planning and architecture, and numerous industrial training institutes, lags significantly on one count.

Unlike Silicon Valley, which has seen the rise of a number of global tech startups like Facebook, Google, and Qualcomm that were born on college campus, we have a handful of on-campus student-registered technology startups, particularly with a globally scalable model.

This is what Bengaluru-based PESU Venture Labs aims to change.

Launched in October 2020, the 35-member PESU Venture Labs (PVL) is a deep-tech-focused micro fund that operates in the pre-prototype or pre-ideation phase, focusing on industry professionals, student entrepreneurs, and academicians. It is an initiative in partnership between Bengaluru-based PES University and CoCreate Ventures.

Suresh Narasimha, a serial entrepreneur, Founder of CoCreate Ventures, and the brain behind PVL, shares that top 30 percent of students from top colleges get “crazy amounts of salaries in MNCs and there is little inclination towards starting up”.

“This is a challenge because unlike the West, in India, companies are hardly funding research in universities. So instead of grants, we thought creating an entrepreneur-focused micro fund will have more power to act as a catalyst here,” he tells YourStory.

Apart from funding, PVL also offers resources to startups to turbo-start their idea. This includes in-house talent in design, marketing, and product management from partners like GitHub and Amazon among others; and mentorship from industry experts. It also incubates companies.

“The three things we are working on are: establishing a student entrepreneur fund, helping students register their research on campus, and making them capable enough to raise VC funding,” he says.

PVL supports startups that have the potential to become category creators, use deep-tech innovation as a differentiator, and are SaaS compliant apart from having a large market size.

For each cohort, there will be a new fund with a committed cheque size of up to $200,000 in funding and other services to help companies build out products and test out unit economics. Each cohort will have around six to 10 companies.

“Initially we wanted to have 70 percent companies from outside campus. We thought even if we get two to three good ideas from campus, that would be enough. However, our assumption failed, and we started receiving such innovative and high-potential ideas from student entrepreneurs, in and outside campus, that we reversed the ratio,” Suresh says.

PVL has so far incubated over 10 companies in the deep-tech space, which are in the final stages of their product launch. Four of the companies are expected to hit the market by July.

Investing at a pre-seed stage has its own risks. However, the most crucial part is understanding the mistakes first-time entrepreneurs make.

“They tend to under-invest in critical areas and over-invest in unnecessary areas, due to lack of experience. To address this, we created Venture Studio,” he says.

Resources will work with entrepreneurs so they only hire the right talent without worrying about the timeframe. Next, they help startups invest in the right areas. For example, product design or UI/UX, patents, IPs, legal issues, among others, Venture Studio tries to place dedicated resources from day one.

“So, a lot of things that are often afterthoughts have been thought out in these companies from day one. And, as a VC, I know that some of the work they have done is extremely valuable when they get into the next round of financing because what VCs will see is a great brand that is being created right,” he adds.

Dedicated mentors are on board for technology, product management, brand design etc.

“There’s a playbook every startup needs to follow for 12-16 weeks. Being at a really early stage, we are able to work with the management right from the start and imbibe the right vision with clear goals to achieve to showcase for the next round of investors within 16-18 months,” Suresh says.

In the age of ‘shoebox’ satellites, this space-tech startup by two student entrepreneurs is primed for take-off

According to Suresh, the key factors that have made Indian investors so bullish on early-stage startups are primarily the higher cost of equity, increased capital flow, and possible liquidity at later stages.

When it comes to SaaS, India offers a great testbed and a large market. Global markets should offer margins, profitability, and exits, and SaaS offers a great opportunity for Indian companies to consider the global market

“The Indian market is different. It has a bit of all the countries. It has rich local content, a large consumer market, and a huge IT services market. But it stands out in terms of its ability to support both global innovation and local startups. Definitely, it's time for us to take advantage of our global exposure,” he says,

PESU Venture Labs aims to make a total of 20 investments in 2021 in sectors such as health, wellness, deep tech, and asset tech.

“We believe that Tier 2 and 3 towns with extremely good educational institutes will break the barriers in the Indian startup ecosystem. In this rapidly changing scenario, we expect the Indian VC ecosystem to break away from theories, become spokespersons of the companies they invest in, take risks, and act fast,” Suresh says.