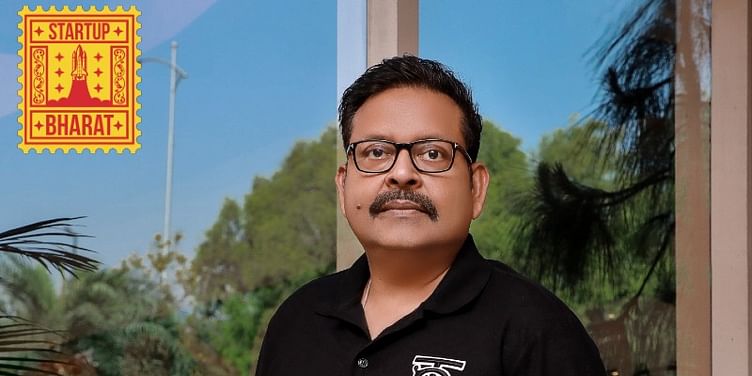 Justice delayed is justice denied. However, over the years, India has gradually seen a rise in the number of pending court cases. According to a reply filed by the Ministry of Law and Justice last year in the Parliament, India had almost four crore cases pending with the Supreme Court, various high courts, as well as district and subordinate courts.

Such a large number of cases have maxed out India’s overburdened judicial system. This is where Raman Aggarwal steps in to decongest the justice system with Jupitice – a tech-based legal startup that enables private courts to go digital and offers an alternative justice mechanism.

A private court is a mechanism to facilitate Alternative Dispute Resolution (ADR) proceedings or out-of-court settlements for civil cases, which helps to reduce the burden on the public justice system.

Raman started Jupitice in 2018 with his wife Anju Aggarwal, who plays a strategic role in the company concerning resource management, and his son Shrey Aggarwal, a lawyer by education.

The Chandigarh-based startup has developed an end-to-end digital platform to assist private courts in processes such as mediation, assisted negotiation, arbitration, and conciliation. It uses blockchain for storing confidential documents, and an AI tool to analyse the dispute and what mechanism it will require.

Need legal help but don't know a trusted lawyer? Let these legal startups fix you up

Jupitice aims to make receiving justice as simple as any other retail online service.

“The startup is like a marketplace, making it easier and accessible for justice seekers and justice providers to connect with each other,” Raman, Co-founder and CEO of Jupitice, tells YourStory, adding, “We have four pillars – discover, connect, perform, and pay” This means one can find professionals on the platform, get the work done, and end it by paying for the proceeding.

He says that a court serves as an address for a typical legal proceeding to take place. However, there is no place of procedure for arbitration or out of court settlements, and Raman wants Jupitice to bridge that gap.

“Be it for a single mother who cannot keep running from place to place or a company that is based in a remote location, Jupitice aims to become a virtual address for resolving their disputes,” explains Raman.

While ADR is being widely used by large corporations that are well aware of its benefits, on other hand, ordinary citizens and small businesses have to rely heavily on the judiciary to meet their justice needs, mainly due to the lack of awareness. This is what Jupitice, with its 55-member team, is trying to solve.

Born in a lower-middle-class family, Raman used to study at local schools in the small villages of Haryana. Having grown up in a rural environment, he found it difficult to cope with academics, however, he has come a long way.

He recalls that even though he would do poorly in school, he loved learning new things and solving problems. That made him interested in CA, and despite having difficulty with the English language, he cleared CA exams within three years.

“I worked as an independent CA for about six years, and during this journey, had a client from the US who introduced me to the world of technology,” recalls Raman.

After working with more IT clients, he realised that there is a big scope for knowledge services in India. This led him to launch a Knowledge Processing Outsourcing company Aeren IT Solutions in 2007. Over the next decade, he launched three more companies in the fields of IT services, finance, and legal services, respectively.

Over the period, Raman realised that disputes are bound to arise in human relationships or business transactions.

“Dispute tends to happen in any business and any relationship, and I felt that when everything can be facilitated with the internet, why can’t justice be provided online?” he explains.

He decided to set up a mechanism that can reach people easily instead of them having to step out to seek resolution. He and his son Shrey started their R&D in 2018, and started developing the platform from scratch. “We wanted to ensure that we provide access to easy justice and leverage the private justice system,” says Raman.

Like any other online service, Jupitice enables people to discover ADR professionals, connect with them, perform their choice of dispute resolution mechanisms like arbitration or mediation on the platform – all done without filing physical paperwork, attending physical meetings, or running from pillar to post.

“The effective use of affordable ODR services can bring about a major change in the perception of parties involved in the dispute—by making the process more accessible, affordable and participative. It will make all parties consider it more amicable and solution-oriented. This will ultimately lead to more efficient dispute resolution.”

There are companies such as Sama, CADRE, and Modria that are operating in the same space, but Raman claims that none are fully tech-enabled like Jupitice.

“They still rely on third-party tools for communications, while there is an absence of an end-to-end no-contact dispute resolution,” he explains. Speaking of the potential of his venture, Raman says that “dispute is a byproduct of every transaction, and hence it is a growth industry.”

While the platform is free for resolution seekers, the startup takes an undisclosed percentage from the justice provider as its fees per transaction.

While Raman does not disclose the startup’s revenue due to the platform still being in early stages, he says that Jupitice is enabling the resolution of more than 6,000 various kinds of disputes at the moment, and has more than 300 legal professionals on its platform.

The family has invested Rs 10 crore into Jupitice and is now looking to infuse more money into strengthening the technology. Raman says that the startup currently focuses on businesses, and going forward, it will also bring offerings for individual consumers.

“We are creating an ecosystem around private courts, which are a popular phenomenon in some developed countries,” says Raman.

He further clarifies that, unlike a litigation process, justice through ADR mechanisms is quick, less stressful, cost-effective, and results in a mutual settlement.