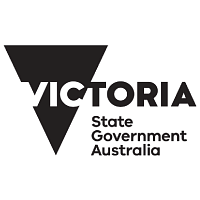 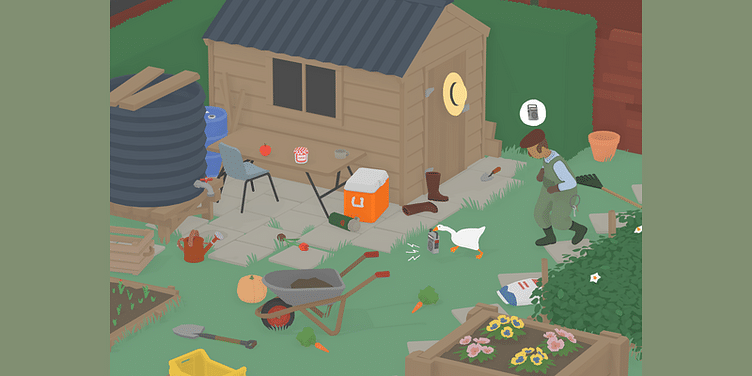 In late 2019, a game about a horrible goose by Melbourne indie studio House House became a huge global sensation and went on to win a suite of major international awards including 2019 Game of the Year at the prestigious Academy of Interactive Arts & Sciences DICE Awards and the 2020 BAFTA Award for Best Family Game. A few months later, when local games developer SMG released its fast-paced couch co-op, Moving Out, Melbourne had well and truly gained the attention of the world’s games developers and players.

Untitled Goose Game and Moving Out highlight the talent and potential of the digital games industry – one of the world’s largest and fastest growing sectors – in the city of Melbourne, Victoria. In 2020, it was estimated that there were 2.8 billion gamers across the globe, and the growth has seen further acceleration with the COVID-19 pandemic and the restrictions on socialisation.

A new PwC study reports that the games sector in Australia saw a jump from $3.2 billion in revenue in 2019 to $3.4 billion in 2020. Victoria is at the centre of this action, home to 40% of Australian digital games studios and 52% of full-time employees, according to a 2020 survey from the Interactive Games & Entertainment Association (IGEA), the leading industry association for digital games in Australia and New Zealand.

“The government of Victoria has invested heavily in the digital games industry for the past 25 years – more than any other state in Australia,” says Joe Brinkmann, Manager - Production Attraction & Support at Film Victoria, the State Government agency that provides strategic leadership and assistance to the film, television and digital media sectors of Victoria.

“As a result of targeted government investment in screen production, incentives and travel grants, supportive regulations, and consistent growth in game development workforce, Melbourne has become the digital games capital of Australia and a leading global games destination,” says Joe.

Victoria: A confluence of games talent, infrastructure and opportunities

Over the past 25 years, Victorian studios have developed high-calibre, internationally successful original IP, including Crossy Road by Hipster Whale, Florence by Mountains, and Film Victoria-supported titles Flight Control by EA Firemonkeys and The Gardens Between by The Voxel Agents, in addition to Untitled Goose Game and Moving Out.

Joe says that the digital games ecosystem in Victoria is strong because it has large, medium and small games development companies working alongside indie studios and solo developers. In Victoria, over 1,000 people a year graduate from 29 games-related courses, including programming, animation, multimedia design and digital art, helping to drive the growth of the industry. In addition, the state is home to service and middleware providers to games development studios which also service the entertainment, education, eHealth and simulation sectors.

While local studios build and grow their teams, international games businesses are increasingly setting their sights on Melbourne. In 2019, US powerhouse Sledgehammer Games, best known for its work on the blockbuster Call of Duty franchise, set up its Asia-Pacific outpost in Melbourne, and Canadian games industry legend David Gaider and Victorian Liam Esler chose Melbourne as the home of their new company, Summerfall Studios. In 2020, Colombian studio, Cocodrilo Dog, whose games are used by hundreds of schools as music learning tools and the studio behind Moana: Rhythm Run, the official videogame of Disney’s film Moana, set up its new headquarters in Melbourne.

Melbourne is home to The Arcade, Australia's only not-for-profit collaborative co-working space specifically for the digital games industry that was conceptualised by the Victorian Government to support game developers.

“In 2013, The Arcade started with two games companies and there are now 24, including leading development agencies specialising in video games and esports, such as League of Geeks, Summerfall Studios and Samurai Punk. But it’s the range of experience levels in the hub – from indie startups to award-winning developers and seasoned industry veterans – that makes The Arcade a hive of creativity and collaboration and an envied model,” explains Joe.

Joe reiterates that the Victorian Government is looking to grow the games sector over the next four years, as demonstrated by their record $191.5 million investment in the screen industry and the inclusion of a production attraction incentive for digital games in the Victorian Screen Incentive (VSI). “Through VSI, Film Victoria offers competitive grants of up to 10 per cent of the qualifying expenditures on projects that will be made in Victoria with support of local developers,” Joe says.

In addition, in May 2021, the Australian Government introduced a 30 per cent tax offset for local and international businesses that develop digital games in the country. Available from July 1, 2022, the Digital Games Tax Offset will further provide an impetus for international developers to set up a games studio in Australia.

The market opportunity and growth of the global digital games industry have also opened up collaboration and growth opportunities. For Indian games developers and studios, Victoria offers access to business partnerships, world-class infrastructure and complementary expertise and talent – all of which are critical to success. The prospect of leveraging grants, incentives and infrastructure support come as an added advantage. “Partnering with India opens up the opportunity to invest in local IP and shared distribution relationships from international companies which helps to catalyse growth,” shares Joe.

Joe highlights the opportunity to tap into the games networks across both the countries through sport. “Cricket is a huge sport in both India and Australia. Our studios have long-standing experience in developing sports games, with Melbourne-founded Big Ant Studios the official licensee for the Ashes games. With a passionate fan base and the chance to serve local leagues or players directly, there is a lot of business that digital games can open up, especially in cricket,” he says, adding that the Victorian Government is looking to facilitate introductions to local game developers, games companies, talent and projects for Indian games developers, students or companies interested in exploring opportunities in the state’s games economy.

On a lighter note, he says, “Melbourne is famous for its coffee. But the quality of chai that we have to offer has also consistently improved. Indian games developers and companies can truly feel at home in Melbourne.”