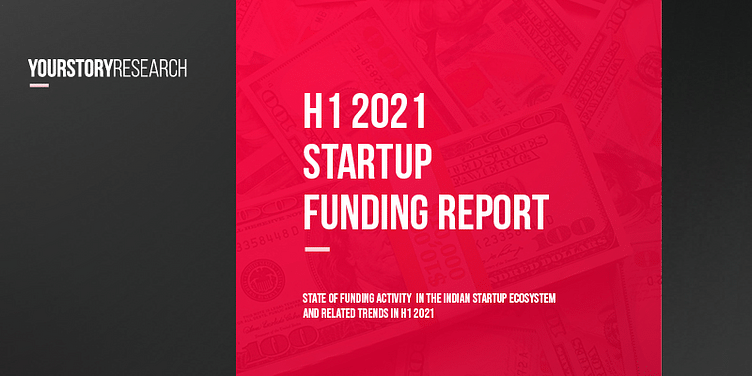 India may be faced with an uncertain economic environment after being ravaged by a deadly second wave of the COVID-19 pandemic, but that hasn’t deterred global and domestic investors from ramping up the pace and quantum of their investments into the Indian startup ecosystem.

In H1 2021, Indian startup funding touched $10.15 billion, already exceeding the $9.94 billion raised in the whole of last year. This was raised across 543 deals from around 1,020 active investors in the ecosystem.

In the first six months of 2021, 15 startups attained the coveted unicorn status as well while Nazara launched its IPO.

The report offers an in-depth view of the state of funding activity and key trends in the Indian startup ecosystem in January-June H1 2021, a comparison across H1 2015- H1 2021, and an outlook of what 2021 has in store for us in months ahead.

** Note: All figures based on publically disclosed deals.