5 years, 200+ deals, 40 exits: How Venture Catalysts became one of the world’s most active early-stage investors 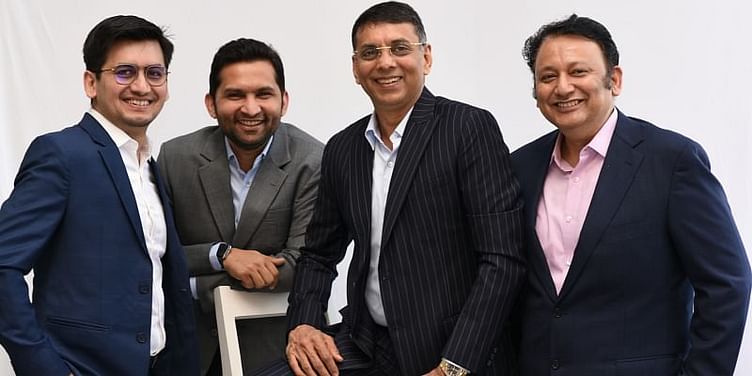 Mumbai-based Venture Catalysts Group is the world’s seventh most active early-stage investor and integrated incubator, according to Crunchbase. It is also one of the top four investors in Indian startups in 2021. This is the story of how it got there.

﻿Venture Catalysts﻿ (VCats) was formed in 2016 with the vision of creating a community of “startup developers” to help young entrepreneurs with the right mix of capital, know-how, and networks to build enduring businesses.

Five years, 200+ deals, 40-odd exits, and a 5,500-strong angel network later, VCats has emerged as one of India’s top four investors (by deals) in 2021, according to YourStory Research. It is also the world’s seventh most active early-stage investor and integrated incubator, as per Crunchbase.

VCats matches up to the likes of Y Combinator, TechStars, SOSV, 500 Startups, Plug&Play, and others, and its portfolio investments have crossed a cumulative valuation of $3 billion to date.

“Our integrated approach of developing startups is the differentiation. We have been able to control startup mortality rates to under 10 percent. Only three companies in our portfolio have gone bust in the last five-and-a-half years, and just two have returned less capital than we invested.”

Between January and July, VCats and 9Unicorns each cut 25-26 (and some undisclosed) idea-stage and early-stage deals, according to YourStory Research.

Anuj Golecha, Co-founder of VCats, tells YourStory, “Except for meat, leather, and tobacco [startups], we are sector-agnostic. If a startup falls in our thesis, we want to back it. We back founders and their ability to create category leaders.”

VCats typically invests $500,000 to $1.5 million (sometimes going up to $2-3 million) in angel or seed rounds, and goes on to support its portfolio startups at various touchpoints in their life-cycle, including acceleration, gap-based mentoring, business development, go-to-market strategy, and corporate connect.

Anuj says, “It is a network-backed model with 185+ active companies. Over $200 million has been put into startups through the VCats network. We have completed 40+ exits via M&As or subsequent funding rounds, where we took partial exits as external investors came on board.”

“Beardo is very close to our heart. It is a category-creator, a Tier II success story, and a ‘Made in India’ exit as Vijay Shekhar Sharma called it. Even ConfirmTkt [VCats invested $250,000 in 2016], which was our first portfolio company. Then there’s PeeSafe. It came to us as a single product. We wrote their first cheque for half a million.”

“Early-stage rounds were much smaller then and $500,000 was the ideal cheque size. But the market has matured very fast. Angel investors and accelerators are growing at a rapid pace. That is why cheque sizes have grown to $3 million at the seed stage. In some exceptional cases, it can be $5-7 million,” he adds.

Given the rapidly changing market dynamics, with Zomato laying out the “IPO roadmap for startups”, and the likes of BharatPe and CRED becoming unicorns in under three years, VCats plans to start backing companies at the growth stage too.

It will unveil its Global Growth Programme by the end of 2021. “You will see more and more transactions that have a clear visibility in terms of IPO,” Anuj reveals.

He further elaborates, “A lot of reforms are aiding startup IPOs. SEBI has relaxed clauses, the DPIIT has created a seed fund to incubate companies. Money has come into sectors like hospitality even in this [pandemic-hit] market. OYO is going to IPO in the next 24 months. Corporates are now creating ‘intrapreneurs’ and encouraging employees to come up with startup ideas. The startup mafia has also caught on.”

One of VCats’ key objectives has been to expand its investor network to Tier II, III, and even IV towns. It already counts more than 5,500 active angels in over 36 cities in India, including Ahmedabad, Surat, Lucknow, Indore, Raipur, and Nagpur. Now, it wants to scale up to 10,000 investors in “100 startup cities” in the next few years.

These investors typically include wealthy businesspeople, visiting NRIs, and other HNIs who own traditional asset classes like stocks, real estate, gold, etc. VCats says it is opening up a new asset class and a world of opportunity for them.

“We always knew that there is capital in Tier II-III cities, but investors don’t get access to the A-grade startups. We exposed them to a new asset class through masterclasses, physical events, and networking with experts. Our goal was to democratise access to startups to every investor.”

Sure enough, it bore fruit.

One of the biggest success stories for small-town investors in the VCats network is BharatPe. Its Series D fundraise of $108 million gave 18 angels from Tier II and III towns handsome returns of 80X, not only validating the asset class for them, but also ensuring that future small-town startups have access to local capital.

Anuj observes, “When we started building the investor network in these cities, entrepreneurs knew they could get access to investors locally. Today 40 percent of our portfolio comes from non-metro cities. They know dhandha [business], we made them understand scalability, funding, team building, and product development, and then network effects started to kick in. We created anchor partners in every region. Now, they know what a startup ecosystem is.”

Ashneer Grover, Founder of BharatPe, said in a prior statement,

“We met Anuj and he gave us his commitment in our first meeting. VCats came in as the largest investor in our angel round [in 2018]. Interestingly, many of the investors (on the VCats network) were from smaller towns. This just proves that the startup ecosystem has moved beyond metros.”

Last August, VCats also roped in OYO Founder Ritesh Agarwal as a mentor and advisor for entrepreneurs from small towns. Incidentally, Apoorv was OYO’s first backer (in his individual capacity) in 2012 when it was started as Oravel Stays.

Ritesh said in a statement, “Through this collaboration with VCats, I intend to enable young entrepreneurs coming from the smaller towns of India, who do not get similar opportunities that their peers in bigger cities or metros get. I am confident that we will be able to discover the next big idea from a Tier III or Tier IV town.”

Last month, VCats acquired the India operations of Z Nation Lab, a US-based accelerator and seed fund. This follows its entry into the US market to back startups founded by Indians and/or American startups looking to target India.

Anuj says, “This is a step towards the inorganic growth of Venture Catalysts. It will enable us to leverage the network and expertise of the Z Nation Lab to reach entrepreneurs in the Indian diaspora, get them capital, and take them to exit.”

Besides the US, VCats has also set up incubation centres in Hong Kong, Thailand, Singapore, UAE, and the UK. It plans to invest up to $10 million each in growth-stage startups. “The whole sentiment is positive. Jio raising $22 billion FDI was the trigger. It also showed that US liquidity has improved,” Apoorv adds.

In India, D2C will continue to be one of VCats’ big bets. It has already backed 30-odd D2C startups (through VCats and 9Unicorns) in the last two years. These include Superbottoms, Power Gummies, Rage Coffee, Spice Story, Keeros, BrewHouse, ClearDekho, The Healthy Company, The Switch Fix, TagZ Foods, and more.

The sector has gained tremendously due to the pandemic as it promises both convenience and product range.

“Every brand is doing digital-first, building traction online, and then distribution offline. D2C can help them reach Rs 2-3 crore of monthly revenues in just one year because product discoverability is so much better,” Anuj explains.

“There are 62 D2C unicorns globally; India is preparing for its first one. D2C is impacting the overall ‘India Story’ because we have a huge consumer class. And D2C brands are already creating a lot of visibility and investor interest.”

The founders believe that skincare startup Mamaearth, (currently valued at $730 million) has the potential to be India’s first D2C unicorn.

Besides D2C, VCats also believes that sectors like EV, biotech, and waste management are ripe for disruption, and could see heightened activity in the near future. Healthtech and fintech too will see continued investments from the fund.

Apoorv sums up by saying, “We have learnt from missed opportunities [CityMall, Kutumb, Oziva]. Now, we have optimised our operations to a 30-day window from startups approaching us to us writing them cheques.”