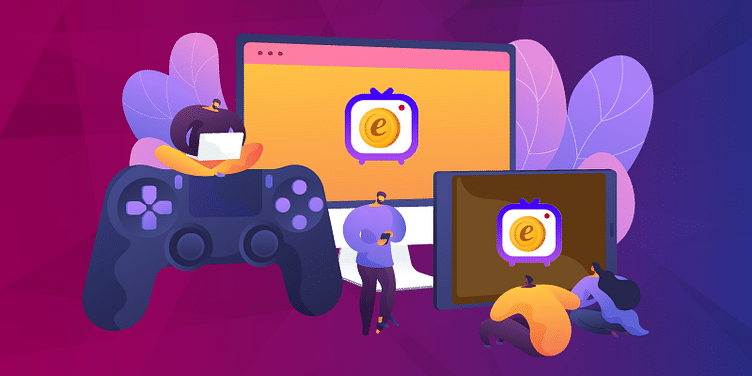 The COVID-19 pandemic may have left the world reeling in a lot of ways, but the associated lockdowns and quarantines had many folks turning to online gaming for a reprieve of sorts.

According to a KPMG report, the pandemic was a tipping point for online gaming in India, with 433 million users playing games online in FY21. Parallel to this, the video creators’ economy is also buzzing with growth as more and more creators join existing club influencers.

Homegrown app, ﻿Eloelo﻿ is banking on both, with its creator-led social gaming and live streaming app.

Currently available on Google’s Play Store, the app is only about a year old and has garnered more than 5 lakh downloads, and has a rating of 4.3 stars for its creator and gaming experience.

Eloelo was recently chosen as one of 16 homegrown startups out of 700 applications for Google for Startups Accelerator (GFSA), a three-month accelerator programme for early-stage startups, for its fifth cohort in India. According to Paul Ravindranath G, Program Manager, GFSA India, the selected startups are from high-growth sectors and are utilising cutting edge technology and meaningfully helping India, and potentially the world, adapt and move forward.

We decided to explore the app for this week’s app review section, and here are our first impressions.

One can start using the app with a one-time login through a mobile number or a signup through a Truecaller account. As soon as you log in, you are taken to a colourful homepage. The top screen of the page flashes current live sessions of games.

A big USP of vernacular social gaming platform is that it also brings traditional Indian activities/ games online and enables creators to monetise their talent effectively.

The app has an anchor-driven approach. Creators have a choice of games they can host, including Bollywood quizzes, musical chairs, tambola, spin the wheel, or just live stream with audiences. Scheduled games can be pre-booked by clicking the ‘remind me’ button, especially if the user prefers a specific creator.

The UI of the app is innovative, given each of the games require different features. The musical chairs, for instance, places the user in a wheel akin to a pie-chart, with the host video shown on a smaller screen. Once the host starts a game, the wheel takes a spin, and the music stops, the user has to tap a position on the screen.

Similarly, in Tambola, a ticket is displayed on the screen, and once the host announces a number, the user needs to tap it out. Winners earn coins, which can be used to enter a game, or buy in-app purchases.

All the live sessions are in Hindi, and most hosts or creators host from the comfort of their homes.

Users also have the chance to take part in various contests on the app,  which enables them to earn coins or currency in the form of Elo-coins, which can then be used to redeem rewards. The reward points can be used to shop through Eloelo’s partner brands. Videos shared in the challenges are moderated by the Eloelo team.

In other features, the app’s social platform also allows users to connect with and follow others.

According to Eloelo’s makers, users spend anywhere between 25-50 minutes on the app every day. On user demographics, they claim most are from non-metros, and over 50 percent of users are women.

Becoming a host or creator on the app is simple, however, a bit process driven. A user needs to tap on the camera icon at the bottom of the home screen to start a live event. However, the app has something called the ‘Vote-o-Meter’, where a user will need nine votes to become a creator. To get these votes, a user needs to participate in various challenges. This, we feel, is a good strategy to maintain content quality.

Eloelo is a unique concept, given its gaming-cum-creator-driven approach. The app’s vision seems to be to target users from ‘Bharat’ in a very interactive way.

The company claims creators can also monetise themselves, however, we could not find more details on the same.

Where Eloelo is hitting the sweet spot is by combining gaming and content creation for the market, which had a vacuum with TikTok being banned in India. With its host of gaming and entertainment offerings, the app makers rightly claim, “there’s nothing you would not get to see on Eloelo.”