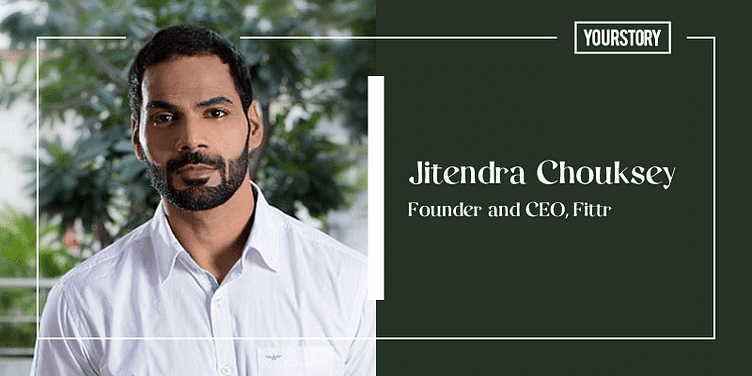 Pune-based fitness and wellness startup Fittr raised $11.5 million in a Series A funding round. The funds will be deployed for hiring, product development, and growth and expansion into new markets.

According to an official statement, existing investor Sequoia Capital’s India Surge also participated in the funding round, while Ambit acted as the exclusive financial advisor to Fittr.

Before this, the startup had raised $2 million in its pre-Series A round from Sequoia Capital’s India Surge last year.

Speaking with YourStory, Jitendra Chouksey, Founder and CEO, Fittr, explains the startup’s primary focus is to hire experienced people who can help accelerate the growth of the company. The second focus will be on further developing the product.

The startup will also use the capital for growth and expansion into new markets, including North America, the UK, and Singapore, which currently account for 30 percent of the company’s overall revenue.

“We were a bootstrapped startup for almost four and a half years, and so there is a lot more to be learned about doing the business and scaling the business. We have always been profitable, and it is going to remain as our focus going forward,” he added.

Fittr initially began as a WhatsApp group to help friends and families become fit. At present, it has built a strong fitness community that includes over three million members.

“Fittr offers a B2C freemium model and provides free use of its diet and training tools and access to a community of fitness experts and enthusiasts. Users can get personalised guidance, customised plans, and weekly check-ups through Fittr’s certified coaches by paying a small premium fee, ” he says.

He added that Fittr provides coaching across areas such as fitness and lifestyle, strength and conditioning, and martial arts, among others. It has about 650 coaches, and we plan to employ about 1000 coaches in the next year and a half.

The founder said the startup aims to democratise fitness, and raise awareness around physical, mental, and emotional well-being. He revealed that with COVID-19, customers have realised staying fit isn’t an option anymore but a necessity.

“Fittr has experienced tremendous growth within India and around the world in a short amount of time. The fitness market has changed dramatically over the last year, and we believe the demand for digital fitness training will only continue to grow. Fittr’s community-based model is well-positioned for success, and we believe it can become a dominant global fitness and health brand,” Nikhil Bahel, Managing Partner at Elysian Park Ventures, said in a statement.