Bounce plans to invest $100M in its EV business 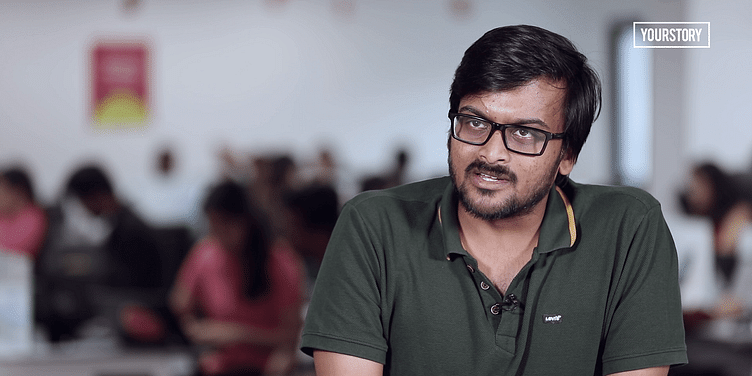 Bounce co-founder and CEO Vivekananda Hallekere said the company plans to unveil its e-scooter this month and deliveries are expected to start in February next year.

Electric scooter rental startup ﻿Bounce﻿ is making investment of about $100 million over the next 12 months across manufacturing of e-scooters and expanding the battery swapping infrastructure, its co-founder and CEO Vivekananda Hallekere said.

Speaking to PTI, Hallekere said the company will unveil its first e-scooter towards the end of the month and deliveries will start by February next year.

“We want to make EV mainstream...when we're talking about transition to EVs, we want to make sure millions of vehicles can actually practically look at it and not worry about charging infra, range or battery related issues....We will have two variants and by November-end, we will start pre-booking and deliveries will start February-end," he said.

Hallekere added that the company expects upwards of one lakh vehicles to be booked in pre-bookings.

With batteries the cost of the scooter would be a little higher; what this means is a user will be able to charge the batteries at their homes using the portable charger that would be made available to them.

For the without batteries variant, users will be able to use 'batteries as a service'. Bounce would be setting up swappable charging stations across the city, and a user would be able to go to these stations and swap their batteries and move on.

Asked about manufacturing, Hallekere said the company has a plant in Bhiwadi, and is now scouting for a second location.

"In the first phase, we have a factory in Bhiwadi in Rajasthan with a production capacity of 1.8 lakh scooters per year, and it will create employment opportunities for over 1,000 people in the next 3-4 quarters. The number of people employed currently in the unit is around 100," he said, adding that the investment in the plant for the next 12 months is around $25 million.

Bounce had bought 22 Motors, including its manufacturing unit in Bhiwadi. The entire team from 22 Motors has joined Bounce, and the deal size was estimated to be about $7-10 million.

Hallekere noted that while the entire industry has been impacted by the global chip shortage, the company had planned it well and has capacity for meeting the demand.

Hallekere said the company is working on building battery swapping infrastructure for 1-2 million scooters in the next 24 months.

Investment in battery swapping infrastructure over the next 12 months will be $50-75 million, and a large part of this is being debt financed, he added.

"Since we have a mobility business, we have already built a pretty good network in Bengaluru and Vijayawada and we have already done half a million swaps. Within Bangalore, within two kilometres of anywhere you are, the network already exists but our idea is to take it to half a km. We have already partnered with most of the petrol pumps...we are working with parking spaces, commercial spaces," he explained.