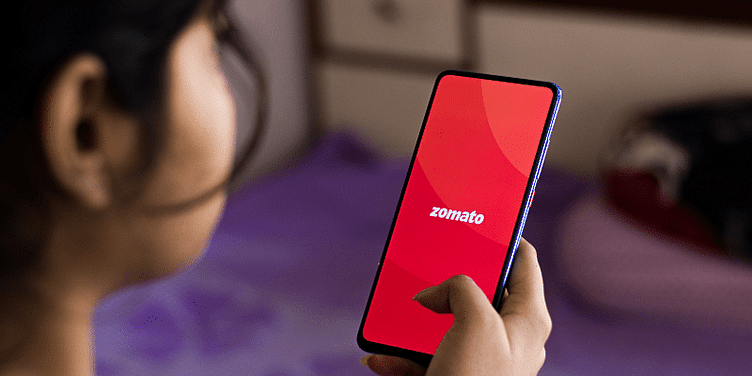 Gurugram-headquartered startup Zomato reported net consolidated revenue of Rs 1,024 crore for the quarter ending September 2021 as compared to Rs 426 crore in the same period a year ago.

﻿Zomato﻿ reported a 140 percent rise in revenue even as its net losses almost doubled, the foodtech major said in its latest quarterly results.

The Gurugram-headquartered startup reported net consolidated revenue of Rs 1,024 crore for the quarter ending September 2021 as compared to Rs 426 crore in the same period a year ago.

Founder Deepinder Goyal said, “We saw the restaurant industry bouncing back nicely in Q2 FY22. Overall customer traffic on our platform in India increased to 59 million average monthly active users (India MAU) in Q2 FY22 as compared to 45 million in Q1 FY22. As we head into the festive season, we believe almost all the restaurants across the country are open for business today.”

However, Zomato's net losses widened as it reported a net loss of Rs 440 crore for the second quarter of FY22 as compared to Rs 233 crore in the same period a year ago.

Deepinder attributed the losses to the investments made in the growth of its food delivery business, which includes — increased spending on branding and marketing for customer acquisition, increased investments and a growing share of smaller/emerging geographies in its business (which are less profitable today compared to more mature cities), and increased delivery costs due to unpredictable weather and increase in fuel prices.

However, Zomato expects better prospects in the near future.

Deepinder noted, “The restaurant industry was one of the most severely impacted sectors from the COVID-19 pandemic, and it gives us immense joy to see the restaurant community getting back up on their feet after a prolonged phase of uncertainty for the past 18 months.”