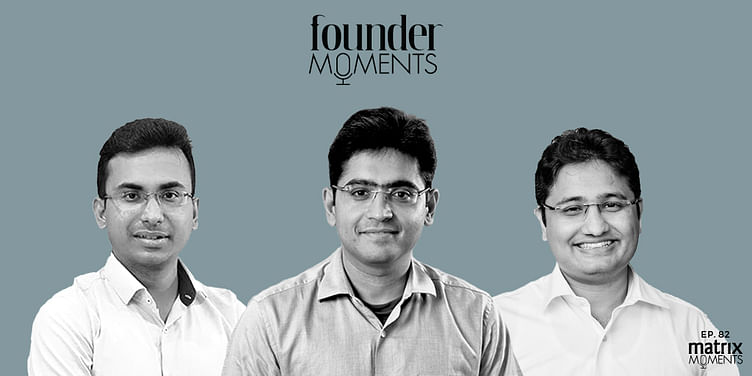 Utham Gowda, Founder and CEO, ﻿Captain Fresh﻿, says the seeds for the business-to-business marketplace were sown some six years ago.

“In 2015 when I was trying to scan the market and see which sectors to go after as an investment banker, I vividly remember the framework that I’d used was the companies should be unlisted company and it should have grown at least a 20 percent year on year revenue growth for the last five years,” Utham Gowda, Founder and CEO, Captain Fresh says in a conversation with Sudipto Sannigrahi, Vice President at ﻿Matrix Partners India﻿and Tarun Davda, Managing Director at Matrix Partners India.

When he looked closely at the B2B meat market, he realised that there was an interesting mix of seafood exporters who showed great ROI (return on investment). And, the whole idea intrigued him.

Utham says that he held meetings with the top ten promoters of the Indian seafood exporters to try and get a better understanding of the business.

Investing in the idea and not the team is a common mistake, says Anjali Bansal of Avaana Capital

“Some of these businesses are 40-year, 50-year old businesses, so they’re creating value every year,” Utham adds. He then moved to Nekkanti Sea Foods, an Andhra Pradesh-based seafood exporter. Utham had taken the mandate to raise its equity capital. He was hired to help the company with its IPO mandate.

“The question was why anyone has not created a large outcome out of domestic opportunity," he says.

According to the founder, he went through the entire supply chain to understand the business. He even travelled from Gujarat to Kolkata, meeting some 30-40 companies.

He also went to the top ten wet markets in the country and realised the market potential.

“Nobody has tried to connect these dots at a global level, maybe because you need to have a lot of technology to be able to do that. So maybe now is the time where we can possibly connect all these technology dots and some of these things can come through together, maybe we can create a very, very optimal engine for a fresh supply chain,” he adds.