How Sproutz is sowing the seeds of education, growth and life skills in children 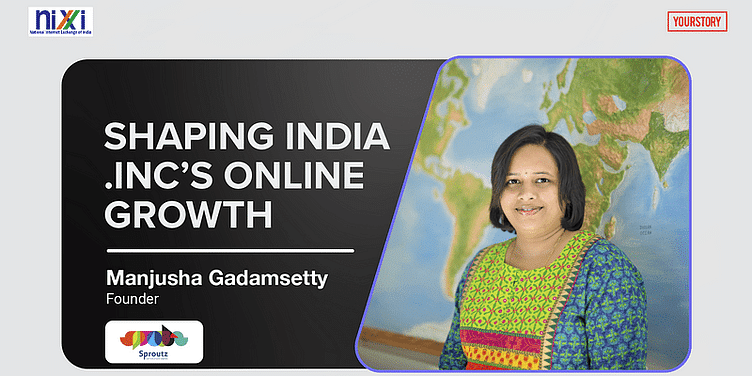 Sproutz was born on the foundation of a few philosophies. The team believed that even a two-year-old have emotions that need to be respected and understood.

When Manjusha Gadamsetty moved back to India from the USA after the birth of her second child, she had one recurring thought in her mind - what about the school? The Founder Director of Sproutz School was working as an architect in the USA for 15 years prior to relocation brought up pertinent questions such as the lack of quality education for her children. When she compared the education practices of the West with that of India’s, she noticed that both had their unique benefits. That’s when the desire to create a space combining both education styles manifested in Sproutz.

India has academically become more competitive. It almost feels like a battleground in India, says Manjusha, wherein kids are pushed towards education very early. “Now we are opening schools for one-and-a-half-year-olds and two-year-olds. That doesn't mean that the child somehow miraculously changes what he/she can do at two. Since marks have taken centre stage, schools have begun to change their approach by trying to get students to score well. In this whole process, the biggest losers are the children,” she shares. This was a stark contrast to the education system in the US, which was a lot more relaxed with a focus on education as per the age of the child. Manjusha added that in this regard, India wins because of its competitive spirit which is drilled into the child very early on. “I thought we could balance the best practices from both worlds and build our own school,” she says.

Today, Manjusha is a council member of 'Education Today Society Tomorrow’, an initiative by IoFC (Initiatives of Change) and ETST Hyderabad Chapter Lead. She is the Telangana Territory Head for the Early Childhood Association of India. An advisory board member for multiple schools in Hyderabad, she is also a certified mentor and trainer for both children and educators. But these milestones aren’t without challenges. As she was out of India for 15 years, getting the price point right and understanding the needs of the support staff were difficult.

“It was difficult because I’m not an entrepreneur. I was an employee before, so there's a lot of bootstrapping and a lot of learning that goes along the way,” she explains. But her partner helped her through it all, and she also interacted with industry experts as well as child psychologists. “After a lot of research, we found that there isn’t one dimension to what we wanted to achieve. We came up with a 3C approach. For children to reach their true potential, comfort, care and curriculum are necessary and they need to work in tandem,” she says.

Sproutz began as a preschool, before expanding services till the third grade. It realised early on that with an abundance of information today, children need tools to analyse and apply that information. And that is where Sproutz helps.

Sproutz was born on the foundation of a few philosophies. The team believed that even a two-year-old have emotions that need to be respected and understood. “Valuing their opinions and respecting their ideas creates a huge impact,” says Manjusha. Another important belief at Sproutz is to help children develop a positive attitude towards education and not see it as a burden. “When children come to us, they are naturally very curious. In fact, the education system starts confining them to boundaries, and that is when they start losing their creativity and curiosity. So it is important to respect them as individuals and give them the freedom and opportunities to explore,” she adds.

Sproutz’s Free Play allows children to choose what, who, and how they want to play. The only rule applicable is to avoid hurting others, and that is when their thinking cells start getting activated. Another activity called Maker Space is for slightly older children, where they are given simple things to build an object but with constraints. “For example, I can give paper cups and paper, and I'll ask them to make the tallest tower possible. So this makes them think ‘do I set up a stronger base so that I can go taller or do I stack one cup on top of another so they stay in this process?’ But then they come up with more creative solutions through exploration. There is no right or wrong solution, as children arrive at their own answers,” Manjusha says. Sproutz also has general activities like art, music, dance, gymnastics and sports. But the objective has constantly been to make students think and act independently on their own.

Growing with a .in domain name

Sproutz had a website with a .in extension as soon as the name was finalised. “The domain name is our identity. A website gives us an opportunity to easily distinguish ourselves for what we believe in. With a vision to create a positive outlook about education in every child’s mind, we wanted to showcase how children can learn and have fun at the same time,” says Manjusha.

Like Sproutz, the National Internet Exchange for India (NIXI) is helping hundreds of startups across the country to get a .in or .Bharat domain. Apart from cost-effectiveness, another advantage of getting a domain name from NIXI is that one can choose from 22 languages. This will help businesses be more visible to the right audience.

As an Indian school serving Indian children, the .in extension was a natural choice. The founder strongly feels that the domain name should speak to the market an organisation caters to. And hence, .in worked best for Sproutz. A pain point for Manjusha has been the preference of Indian parents for schools that call themselves ‘international’, as they feel it equals ‘a school with good standards’. “Indian schools can also provide good quality education. The approaches we follow at our school decide the quality of the school and there is nothing international about it. We have good practices in both Indian and international education systems. In fact, I wanted Sproutz to be recognised as a ‘local school with a global outlook’,” she adds.

Manjusha says that for her, the child always comes first. “Every year, we are increasing our classes. But we want to stick to the philosophy with which we started and retain our vision — to give wings to a child’s imagination and make them competent,” she shares.

Sproutz aims to finetune itself rather than grow wider with larger audiences. “I prefer staying small, but at the same time, do some remarkable quality work in the area,” says Manjusha.

The ‘Shaping India Inc's Online Growth’ series chronicles the journeys of startups and SMEs in India and how creating an online presence on the .in or .Bharat domain powered their success stories.