[Funding roundup] One more for the unicorn list, D2C brands, and a sustainable footwear startup 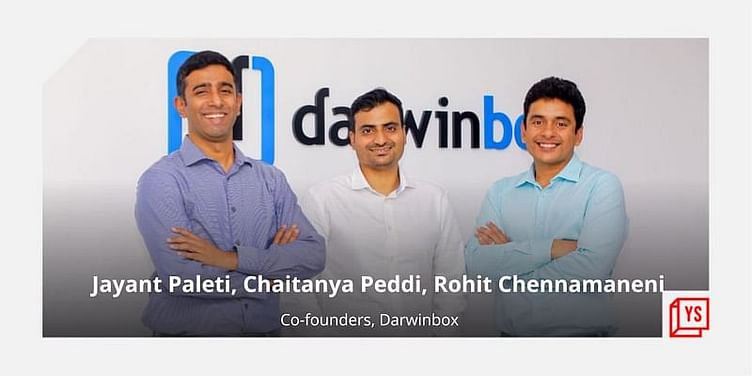 YourStory presents daily funding roundups from the Indian startup ecosystem and beyond. Here's the roundup for Monday, January 25, 2022.

The company’s valuation post the Series D round has crossed the $1 billion mark, with the total investment raised thus far crossing $110 million. It said it has grown 200 percent since its last fundraise from Salesforces Ventures, around a year ago.

Founded in late 2015 by Chaitanya Peddi, Jayant Paleti and Rohit Chennamaneni, Darwinbox aims to use the funds for global expansion by accelerating its platform innovation agenda, strengthening its product, engineering, and customer success teams, along with scaling its go-to-market (GTM) presence in South Asia, Southeast Asia, and MENA (the Middle East and North Africa).

The cohort featured startups belonging to SaaS, Dev Tools, cybersecurity, edtech, D2C, fintech, and agritech sectors, that are leveraging tech to solve some of the biggest challenges faced by consumers and businesses globally.

Surge 06 will kick off on January 27, and founders will go through a rigorous 16-week virtual programme.

Flint, a global crypto investment app, raised $5.1 million in seed funding led by Sequoia Capital India and GFC. Coinbase Ventures, Hashed, IOSG, Better Capital, Antler India, and MSA Capital also participated in the round as part of 11 institutional investors. Close to 60 angel investors across the globe participated in the funding round as well.

According to a statement released by the startup, the fresh capital will help it accelerate bringing early users on board, enhance the product based on early feedback, and hire for senior positions across engineering, design, and product functions.

Flint also plans to allocate a significant portion of the funding to strengthen legal and risk functions, ensuring compliance with legal and regulatory norms, while also going above and beyond market standards to reduce business risk.

Founded in October 2021, the company currently offers a simple and stable income opportunity where users can earn up to 13 percent p.a. on their deposited funds.

The startup said it will use the funds to develop its next-generation platform with new features and to build integrations with other e-commerce platforms such as WooCommerce, Magento, etc.

Founded in 2018 by Baskar, Niwin Santhosh and Raghuraman Ramamurthy, Vajro enables online stores to build native mobile apps in under 60 minutes, without writing a single line of code.

Raise Financial plans to invest $15M in Dhan over the next few months, and plans to strengthen its product, operations and engineering team, according to the statement.

The startup also plans on launching other offerings in the finance space including insurance, wealth management and investment space.

AI-powered customer data and marketing platform Contlo said it has raised $800,000 from Better Capital, Titan Capital and a host of other angels.

Founded by Ishaan Bhola and Mukunda NS, Contlo helps e-commerce and D2C companies drive customer retention and loyalty by engaging with them across platforms including email, text, Facebook, Google, etc.

"Raised funds will be used for hiring, doubling down on the product, and ramping up the go-to-market motion," Contlo's Ishaan said.

Edtech scholarship platform SuperScholas which has awarded close to Rs 20 lakhs in scholarships to students raised $400,000 from JITO Angel Network, MAGIC Fund, 2AM VC, Astir VC and more, it said.

The startup was founded by Rohan Lodha and Priyes Bamne with a mission to make online courses affordable to every Indian student.

Hair Originals, founded by IIT-Delhi alumnus Jitendra Sharma said it has raised Rs 3 crore from "marquee investors" in a pre-seed funding round.

The startup has also launched its own D2C platform, it said.

"In the upcoming 2-2.5 years, our aim is to achieve a target of Rs 100 crore in ARR," Jitendra said in a press statement.

The start said it will use the capital from the fundraise to build its supply chain and finance capabilities.

"In today’s world, where ordering a Rs 50 coffee on an app gives us hundreds of restaurants to choose from and shows us minute-by-minute visibility on the order progress – it is surprising that export orders worth millions are being managed the same way they were 50 years ago," said Ankur, co-founder of Reevoy in a press statement.

"Reevoy aims to turn this on its head, unlocking the India opportunity for global importers," he added.

The sustainable D2C footwear brand that claims to have "brought about prosperity in the lives of Kolhapuri artisans" said the seed investment will help the brand grow, help it hire more talent, grow its B2C and BCB network and expand across product categories.

The startup was founded by Hitesh Kenjale, Lakshya Arora and Abha Agarwal.

"The Desi Hangover team has demonstrated that sustainability is as much about protecting Mother Earth as it is about de-risking the livelihoods of the poor and marginalised sections of the society," said Manoj Kumar, Founder and CEO, Social Alpha.