How Chennai-based M2P Solutions is doubling down on global expansion 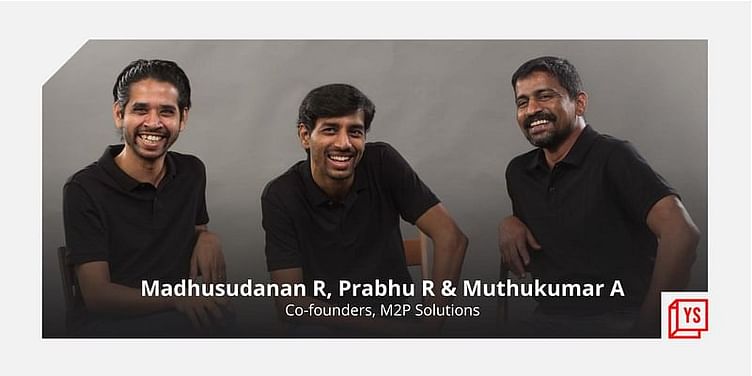 Chennai-based fintech startup M2P Solutions lists Jupiter, CRED, and Slice, among its over 500 fintech clients. It recently reached a $605 million valuation in less than three months after a cash infusion from New York-based Insight Partners.

If 2016’s demonetisation brought on the fintech revolution in India, the COVID-19 pandemic only accelerated it.

Now, thanks to increased internet penetration, digital payments in India are as commonplace as an ATM — perhaps more.

Case in point — the United Payments Interface or UPI. From small business owners, local kirana stores to even food stalls and auto-rickshaws — who usually dealt in cash — have embraced UPI-based transactions at lightning speed in recent years.

In fact, with digitisation reaching the hinterlands of India, the Reserve Bank of India (RBI) also activated UPI in feature phones.

Capitalising on this growth, a slew of fintech startups operating in the neo banking and lending sectors launched cards, including ﻿Uni Cards﻿ — backed by Accel and Lightspeed India, Tiger Global-backed ﻿Slice﻿, and Jitendra Gupta-led ﻿Jupiter﻿.

And providing Banking-as-a-Service (BaaS) to non-banking financial companies (NBFCs), fintech startups, and banks, among others, is M2P Solutions.

“When we were working with Visa, many customers wanted digital solutions, but the system was not robust enough due to multiple factors. There were a few digital models at the time like Paytm’s digital wallets. This was also a confirmation of what we had hypothesised,” Madhu, Founder and CEO of M2P Solutions Pvt Ltd., tells YourStory in an interaction.

“Prepaid cards were the low hanging fruits at the time. Many banks were looking to give one, and even consumers were inclined towards using it,” says Madhu.

Besides, the startup also offers banking APIs (Application Program Interface) for cybersecurity, partnerships with banks, credit checks, regulatory compliances, and KYC, among others.

He says, “Think of us as the Intel inside. You don’t know what the processor does, but it ends up delivering what you want.”

“Over seven years ago, there was no such thing as a fintech firm. We had a lot of very early green shoots around the wallet ecosystem, and even banks were showing initial signs of needing digital solutions,” the founder says.

The startup started by providing services to DCB Bank, IIFL, and Finnew Solutions-run NiyoX, among others.

At present, M2P Solutions caters to over 30 banks and 500 fintech startups in 20 markets across Asia and North Africa, including India, the UAE, Australia, New Zealand, Nepal, the Philippines, Bahrain, and Egypt, among others.

The banking API provider claims to add 30-40 fintech firms every month. Currently, M2P Solutions has created a dominance in the payment infrastructure space.

In the initial years, Madhu claims the company could not raise funds from investors as many could not comprehend M2P Solutions’ target market.

“This made us more frugal, and we were forced to be a revenue-generating firm from the beginning,” he adds.

﻿M2P﻿ Solutions earns its revenue from the commission it charges to its clients for its services. However, Madhu did not disclose the details to YourStory.

Madhu claims the company’s revenue has grown by 4-5X, and he expects the growth trajectory to continue for FY22. He says, “We were always able to generate revenue because we were bootstrapped for a long time.”

With growing dominance, M2P Solutions has attracted the eyeballs of global investors. After receiving an investment of Rs 1 crore (about $131,000), M2P Solutions raised a Series A round worth $4.5 million from BEENEXT in April 2020.

It raised a Series B round of Rs 723 million ($9.4 million) from Flourish Venture and Omidyar Network India. In October 2021, it grabbed the attention of Tiger Global Management, which led a Rs 2.6 billion Series C round at a $300 million valuation.

M2P Solutions raised an additional $56 million in its Series C round led by New York-based VC firm Insight Partners, pushing its valuation to $605 million, according to a source close to the development requesting anonymity, in less than three months.

Recently, the fintech company has been on an acquisition spree. In February 2022, it acquired core banking solution provider BSG ITSOFT. Earlier, in September 2021, it had acquired Wizi, a credit card sourcing startup.

“As we grow, we will continue acquiring more startups, which aligns with our ideas and further plans. The acquisitions will continue as we enter Southeast Asia and other territories,” Madhu explains.

In the next 18-24 months, M2P Solutions will focus on expanding deeper into the Asian market, including Indonesia, Bangladesh, Vietnam, and the MENA region, which Madhu believes, has more room to grow compared to the West.

M2P Solutions competes with Bhavin Thurakia’s Zeta, which works with enterprises, and Singapore-based Nium, a global payments service provider, among others.