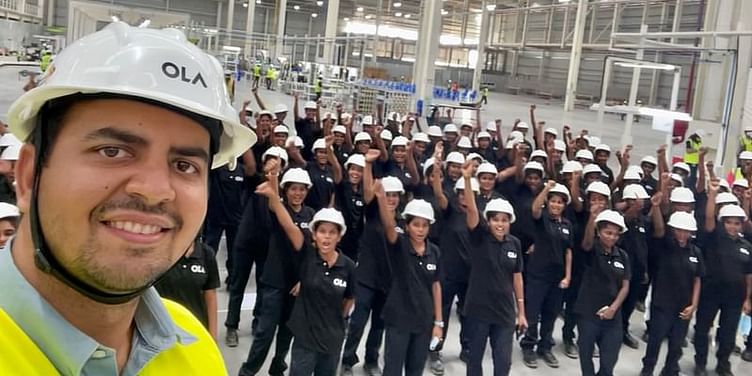 Scooters ordered during Holi will be manufactured in Ola's Futurefactory and the company plans to begin the dispatch of these scooters from April 2022.

﻿Ola Electric﻿ announced the opening of its next purchase window on Monday, March 14. According to a release issued by the electric vehicle (EV) manufacturer, aspiring consumers can place an order for Ola S1 Pro scooters on Holi.

Additionally, the startup announced the launch of its limited-edition scooter in the gerua (orange) colour. The special edition colour scooter will be available on March 17 and 18.

In between deliveries, the @olaelectric marketing team figured out our Holi plan after all!

Launching the S1 Pro in a beautiful new colour - गेरुआ 🧡!!

Purchase window opens for reservers on 17th and for EVERYONE ELSE on 18th only on the Ola app! Holi hai!🛵⚡ pic.twitter.com/TfbEB8SQD3

Customers who already have reservations will get early access to purchase the scooter on March 17, while others will have to wait until March 18.

In February 2022, the Bengaluru-headquartered unicorn emerged as a leader in the E2W (electric two-wheeler) segment with a revenue share of 19 percent. The registration rate for its Ola S1 scooters touched an average of 20 vehicles per day during the last week of February.

Catering directly to consumers, Ola S1 Pro can be purchased online. Customers can make the payment only through the Ola app Furthermore, consumers can avail of home test rides, doorstep delivery and after-sales services.

Customers can make an advanced payment of Rs 20,000 to get early access on March 17, and pay the remaining amount in one go.

Scooters ordered during Holi will be manufactured in Ola's Futurefactory and the company plans to begin the dispatch of these scooters from April 2022. The company has been facing some backlash on Twitter from its customers for the delayed delivery of Ola scooters.

However, according to a release, Ola Electric is ramping up the production and deliveries of its Ola S1 Pro scooters, owing to customer demands.

Backed by the likes of Temasek Holdings, Falcon Edge Capital, Tiger Global Management, SoftBank, Matrix Partners India, and Hyundai Motor Company, Ola Electric's valuation stood at $5 billion in January, this year, after the startup raised $200 million funding. According to sources, this was a jump of about 70 percent from the previous round of investment.