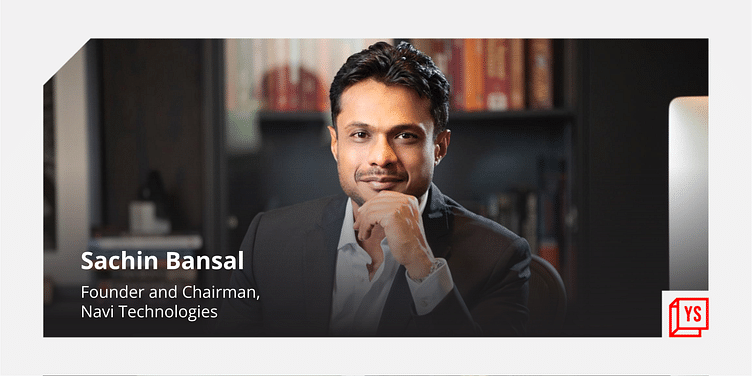 As Sachin Bansal-led financial services firm Navi makes a bid to raise Rs 3,500 crore from the public markets, here is a look at his business moves which paved the way.

﻿Flipkart﻿ co-founders Sachin Bansal and Binny Bansal were the ‘OG’ poster boys of the Indian startup ecosystem. From their time at IIT Delhi to working with ﻿Amazon﻿ and launching their take on what an ecommerce business for India should look like in 2007, their journey has been well documented.

Ten years into the Flipkart journey, Sachin formally announced his exit from Flipkart in 2018 after the deal with Walmart. All eyes were on Sachin’s next endeavor. At the time, he said that he will be taking time-off to “work on pending projects, gaming, and brushing up his coding skills,” in a statement.

Flipkart is building for the next 200 million, says CEO Kalyan Krishnamurthy

Sachin made a comeback as an entrepreneur in December 2018 with BAC Acquisitions, which he started with his batchmate from IIT Delhi, Ankit Agarwal. This was later renamed to ﻿Navi Technologies﻿, marking Sachin’s new stab at entrepreneurship.

Navi’s stab at Rs 3,500 crore IPO will be watched closely, as much for its performance in the tumultuous market and for the storied name leading it.

Here is a quick snapshot of Sachin Bansal’s journey as an entrepreneur over the years.

Flipkart started out as a book ecommerce site in 2007, raising its first equity round in 2009 for $1 million. The company went on to raise capital from Tiger Global Management, led by Lee Fixel at the time, and SoftBank, among others.

Sachin, who was the CEO of the company till 2016, was asked to cede his seat to co-founder Binny Bansal as the company board was unhappy with some of the business decisions made by him during 2015 and 2016.

In December 2018, he incorporated BAC Acquisitions (BACQ) with former director at Bank of America and IIT Delhi batchmate Ankit Agarwal. The company was supposed to roll-up Sachin’s new investments, which were mostly through venture debt.

Sachin’s largest equity investments were in ﻿Ola﻿, for which he committed an investment of $100 million in February 2019, and Ather Energy, in which he invested $23 million in November 2020, taking up his total investment in the company to $53 million. Sachin has also been a strong advocate of levelling the playing field for Indian startups, often calling out 'capital dumping' by foreign companies.

This marked the beginning of Navi’s journey as a financial services company. Sachin, known as the man with the vision in Flipkart, has grown the financial services firm inorganically, making seven acquisitions, including DHFL General Insurance Ltd from Wadhawan Global Capital and Essel Mutual Fund to enter new business verticals.