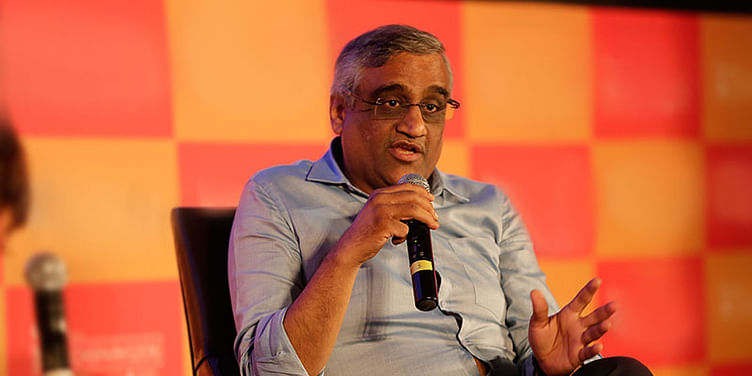 Public sector lender Bank of India has moved to the National Company Law Tribunal (NCLT), seeking initiation of insolvency proceedings against Future Retail Ltd and a moratorium over the assets of the Kishore Biyani-led debt-ridden firm.

Besides, Bank of India (BOI), the lead banker of a consortium of banks that lent money to Future Retail Ltd (FRL), also suggested the insolvency tribunal appoint Vijay Kumar V Iyer as the interim professional of the company.

Meanwhile FRL, in a regulatory filing, said it has been served and received a copy of the petition and is in the "process of taking legal advice".

"Under the Framework Agreement, the corporate debtor (FRL) was under an obligation to repay certain amounts to the financial creditors and other lenders, however, the corporate debtor defaulted in making these payments," said BOI in its petition copy filed on Wednesday before the Mumbai bench of NCLT.

On January 31, 2022, as per the RBI circular, loans given to FRL had already been "downgraded to NPA" in the books of the financial creditors with effect from November 30, 2020.

BOI requested the NCLT to "admit the present application and pass an order for initiating Corporate Insolvency Resolution Process (CIRP)" against FRL.

The lenders have also suggested the name of Vijay Kumar V Iyer as an interim professional for the company.

BOI has also requested to "declare a moratorium" against the company in terms of the Insolvency & Bankruptcy Code (IBC).

Earlier, in the day, confirming the development FRL in a regulatory filing said: "BoI has served an advance intimation of filing an application under Section 7 of the Insolvency and Bankruptcy Code, 2016 against the company for default on non-payment of monies due in terms of the Framework Agreement entered into between the company and BoI."

Like other Future Group firms, FRL has also entered into a One-Time Restructuring (OTR) scheme with their respective lenders in terms of the RBI circular dated August 6, 2020, in which a resolution framework for COVID-related stress was announced.

According to BOI, FRL in a meeting with its lenders on February 4, 2022, admitted that the "events of default continue to subsist".

BOI's total loan exposure for FRL is Rs 1,441.62 crore and the rest by the other banks of the consortium, which include - Axis Bank, Andhra Bank, State Bank of India, Corporation Bank, IDBI Bank, Union Bank of India, Bank of Baroda, Central Bank of India, Punjab National Bank and Vijaya Bank.

FRL is part of the Rs 24,713 crore deal announced by Future Group in August 2020, under which it is to sell 19 companies operating in retail, wholesale, logistics and warehousing segments to Reliance Retail Ventures Ltd (RRVL).

All 19 companies would be consolidated into one entity -- Future Enterprises Ltd -- and then transferred to RRVL under the proposed deal.

Future Group companies will be conducting meetings of their respective shareholders and creditors between April 20-23, 2022 to seek their approval for the Rs 24,713 crore deal.

The deal is contested by Amazon and is under litigation at various forums, including the Supreme Court, the Delhi High Court, and the Singapore International Arbitration Center.

Earlier this week, Amazon warned FRL against holding meetings of its shareholders and creditors to approve the sale of its retail assets to Reliance Retail.

In a 16-page letter to Kishore Biyani and other promoters on April 12, the US ecommerce giant said such meetings are illegal and would not only breach 2019 agreements when Amazon made investments into FRL's promoter firm but also violate a Singapore arbitral tribunal's injunction on the sale of retail assets to Reliance.

After the deal was stuck in a series of litigations and arbitrations, the long-stop date for the Scheme has already been extended by six months to September 30, 2022, by Reliance, FRL had informed last week.

This is the third extension of the timeline by Reliance Retail Ventures Ltd (RRVL), the retail arm of Reliance Industries, for completing its Rs 24,713 crore deal with the Future group.

Earlier in February, Reliance Retail had taken over the operations of at least 350 stores of Future Retail and has offered jobs to its employees after the Kishore Biyani-led group failed to make lease payments to landlords.