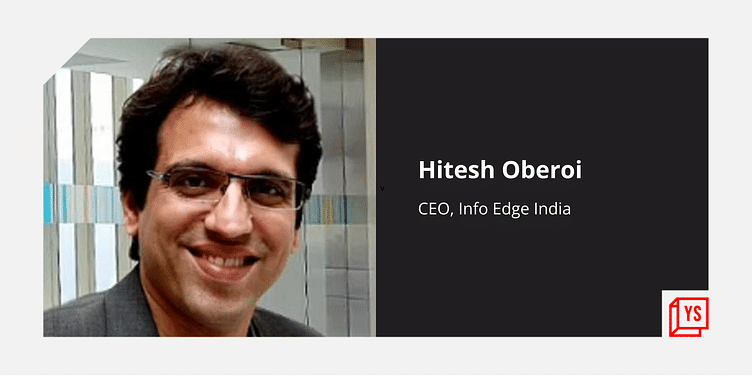 Internet company Info Edge India's profit got a 9X boost in FY22 from its gains on the sale of its investment in Zomato in July 2021.

The company also reported a profit of Rs 12,882 crore in FY22, which was nine times its FY21 profit.

Yes. The staggering profit was because of an exceptional item of Rs 9,511.6 crore—largely the gains from its stake sale in foodtech company ﻿Zomato﻿, when it listed on the stock markets in July 2021.

Info Edge India was the first institutional investor in Zomato in 2010 when the startup was still known as Foodiebay.

Ergo, Rs 8,941 crore came from a gain on fair valuation of the Zomato investment. And, another Rs 357 crore from the gain on sale of the same investment. It was that kind of year for Info Edge India, which continues to be invested in Zomato.

On the operations front?

The operating profit of its recruitment business was Rs 652 crore in FY22, growing by 58 percent.

"Post pandemic, the gap between supply and demand of skills has increased globally. We expect this trend to continue in mid to long term, and will create demand for platforms like Naukri," he added.

In all, Info Edge's operating profit on a standalone basis grew 65 percent to Rs 589 crore in FY22.

99Acres clocked revenue of Rs 217 crore in FY22, growing 25 percent over the previous year. But its loss grew by 2.5 times in the same period to Rs nearly 90 crore.

On a standalone basis, Info Edge grew its Q4 FY22 revenue by nearly 46 percent over the same quarter a year ago. It reported Rs 497.6 crore in Q4 FY22, which was also 8.4 percent higher sequentially.

How did the markets react?