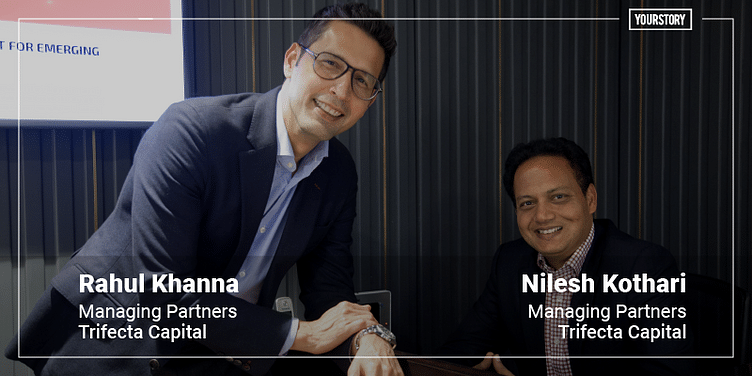 Trifecta Capital has completed investments of Rs 3,100 crore across 101 startups from its three venture debt funds. This is in addition to firm commitments of more than Rs 900 crore, which will be invested in FY23 across a selection of these companies, and Rs 800-1000 crore of new investment.

Venture debt fund ﻿Trifecta Capital﻿ has completed investments of Rs 3,100 crore across 101 startups from across its three funds. This comes in addition to the firm's commitments of more than Rs 900 crore that will be invested in FY23 across a selection of companies, and another Rs 800-1,000 crore of new investments planned for FY23.

It expects to cross Rs 4,500 crore of debt capital invested within the next 12 months. The fund, which was founded in 2016, is now in it's seventh year and has delivered consistent returns on a quarterly basis through some very challenging years for the Indian economy.

The firm additionally aims to utilise the capital pool to continue backing portfolio companies farther into their growth journey, through multiple follow-on investments and the ability to underwrite larger investments.

Trifecta Capital aims to serve the fast-growing financing opportunities for Indian startups. The ecosystem saw 14 new entrants to the unicorn club and has attracted $12 billion in equity financing in January – March 2022.

Rahul Khanna, Managing Partner at Trifecta Capital, said, “We are privileged to have played a critical role in deepening the capital ecosystem for some of India’s best new businesses. While Rs 3,100 crore is a significant milestone for our debt investments, our aspirations are only higher from here onwards."

"We continue to find innovative ways to partner with exciting new companies as well as double down on our fantastic existing relationships. With a strong team and on-ground presence in the three key venture markets of Delhi-NCR, Bengaluru, and Mumbai, we expect to invest the same cumulative amount in the next two years as compared to the past seven,” he added.

On November 15, 2021, Trifecta Capital had announced the first closing of its third venture debt fund, Trifecta Venture Debt Fund – III, having secured investor commitments of Rs 750 crore within two months. The fund, with a target corpus of Rs 1,000 crore, as well as an additional green shoe option of Rs 500 crore, is the largest in the series of venture debt funds managed by the firm.

This fund has now secured commitments for more than the planned corpus and is likely to announce the final close by Q2 FY23.

More than Rs 4,000 crore was invested in Indian companies through venture debt in 2021, and Trifecta Capital has led this growth, recording around 25 percent share of this market by value, and 80 percent y-o-y growth.

The fund stated its Fund – I has returned significantly more than 100 percent of its corpus to its investors, and is now harvesting the capital gains from the equity options that it holds across its portfolio companies. The venture debt fund model employed by the firm has now evolved into the standard for startup venture debt funding.

Backed by its distinctive track record, Trifecta Capital is seeing interest in Venture Debt Fund – III from new investors as well as investors in its prior funds which include banks, insurance companies, development financial institutions, corporates and endowments, as well as some of India’s largest family offices. Buoyed by this investor support, the firm is also forging new partnerships with some large global financial conglomerates for capital contributions into this fund.

Earlier last year, the firm had announced the final close and oversubscription of its earlier fund, Trifecta Venture Debt Fund – II, as well as the first close of its late-stage equity offering, Trifecta Leaders Fund – I. With Trifecta Venture Debt Fund – III, the firm is uniquely positioned among Indian providers of venture debt with three active debt funds and one active equity fund, along with high quality advisory services, to support the diverse needs of startups.

It will offer customised solutions woven around growth financing, with creative mechanisms of risk sharing, working capital financing for inventory and receivables, bespoke capital structured to fund acquisitions, as well as blended financing structures along with participation from banks and NBFCs.

Nilesh Kothari, Managing Partner, Trifecta Capital added, “Our pioneering work in creating structured financing options for startups continues across all our funds. We are grateful to our portfolio companies and investors for helping us to get here, and are very excited to new products that will innovatively address the capital requirements for a variety of companies. We have always believed that scale is an outcome of solving the most important problems for businesses, and our focus on best-in-class underwriting, quality investments and creative structuring will continue to drive the flywheel for further future scale.”

A significant portion of its late-stage equity fund will also be earmarked for existing credit relationships, Trifecta Capital looks to deepen its credit partnerships selectively with companies that have reached an inflection point of growth.

Trifecta Capital, whose customised technology platform offering financial solutions advisory to startups and a late-stage equity funds, aims to consolidate its position as an innovator and financial partner of choice for the rapidly growing startup ecosystem.