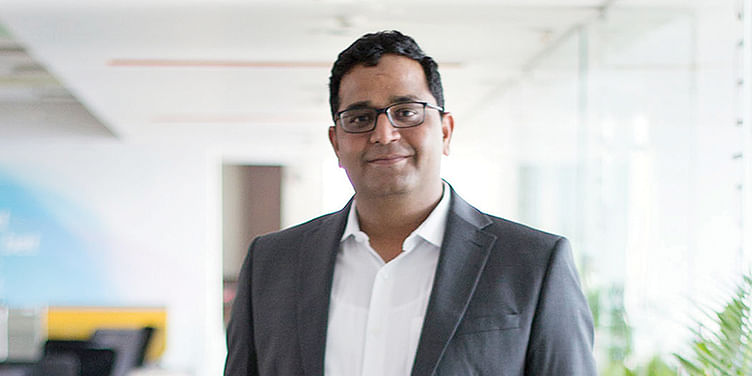 One97 Communication said the reappointment would be for five years. It also said in a filing that Madhur Deora has been appointed as Additional and Whole Time Director.

One97 Communications Ltd, ﻿Paytm﻿'s parent company, said that at their meeting held on May 20, 2022, the Board approved the reappointment of Vijay Shekhar Sharma as Managing Director and CEO of the company for a tenure of five years, effective from December 19, 2022 to December 18, 2027.

In a filing at the Bombay Stock Exchange, the company had also said Madhur Deora has also been appointed as an Additional Director with effect from May 20, 2022. Further, he was appointment as whole-time director and is designated as "Whole-time Director and Chief Financial Officer" of the company for a tenure of five years, effective from May 20, 2022 to May 19, 2027.

In a separate filing, One97 Communication said the Board has approved the proposal to invest an amount of up to Rs 950 crore in Paytm General Insurance Limited (PGIL) in tranches over a period of 10 years, and to hold upfront equity stake of 74 percent.

Once approved by the statutory regulatory, PGIL will become a subsidiary of the company. Incorporated in 2018, the company is yet to commence its general insurance business, which is presently subject to receipt of Certificate of Registration from IRDAI.

"The investments to be made pursuant to the proposed transaction will be utilised for setting up the general insurance business of PGIL and scaling up its operations, besides maintaining the minimum solvency margin as prescribed under the applicable insurance laws and regulations," said One Communication in the filing.

During the investor call today, Madhur said, “We re-evaluated our insurance plans, and we think at this point, it makes more sense for us to apply for an organic venture.”

The company would have 74 percent stake in PGIL, and the remaining 26 percent by of shares will be held by VSS Holdings Private Limited (VHPL), a company owned and controlled by Vijay.

He further said, “We believe that investing and creating long-term value by investing Rs 950 crore over the next 10 years is a very capital-efficient way for us to build this business.”

“We look at the operating breakeven meaning cash that we generate from the business and cash we spent on the business remains committed and aggressively convinced, further convinced that it will be achieved definitely by that time period. So, this is more for planning three, five years forward,” said Vijay.

Beyond this, Madhur added that the focus is very much on payments and credit and the plan to breakeven by September 2023 does not change.

Earlier this month, One97 Communication Ltd in a BSE filing said that Paytm lnsuretech, which had earlier entered into a share purchase agreement to acquire 100 percent of Raheja QBE General Insurance Company, has been terminated. It mentioned that this was due to "share sale and purchase transaction has not been consummated within the time period envisaged by the parties under the said agreement."

During the call, Paytm Lending CEO Bhavesh Gupta on the RBI ban said, “The process the regulator has laid out for the bank is working in a time bound manner. We believe the border time limit the bank has been given which is between three to five months. The process should hopefully be over. But we are obviously depended upon the audit and everything else is expected to deliver.

He further added that "the bank is fully prepared to deliver it and has been doing a wonderful job in the last 30 days, demonstrating its intent and the outcome as and when the RBI audit is completed.“

On the ban, the company Bhavesh went on to add that there will be no impact on the existing customers and they can manage their wallets as usual.

Paytm Payments Bank has a large consumer base, and its primary objective is to activate its consumer and and merchant base. Bhavesh says that the company continues to do it far more efficiently and effectively now.

It continues to onboard new customers who want to add UPI handles, hence the payment acquisition continues to happen only except new wallets and deposit accounts are not allowed.

(This story has been updated with more details.)