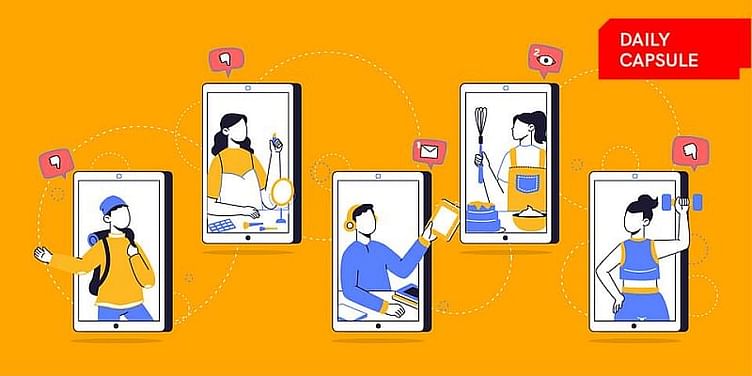 Both old and new crop of creators started posting short videos to gain followers during the pandemic. But in the post pandemic world, creators seem to have reduced their number of posts or quit creating videos altogether.

The pandemic has not only changed the very foundation of how we work, i.e. 9-5 at the office, but it has also had a very colourful effect on the workplace lexicon. The latest is ‘productivity paranoia’, a term coined by Microsoft in a new workplace study released last week.

Conducted among 20,000 people across 11 countries, the study found that while 87% workers think they are productive, only 12% of leaders are fully confident in their employees’ productivity. This disconnect is what Microsoft labels as ‘productivity paranoia’.

Ironically, the company’s data revealed that there is a sustained increase in overall activity by workers. So, the real question is, as CEO Satya Nadella puts it, “What is the fundamental meaning of work?”

By the way, did you know that the global population of ants is a whopping 20 quadrillion? That’s approximately 2.5 million for every human.

Here’s your trivia for today: When was the first video uploaded to YouTube?

From changing algorithms to the pressure of posting new content every day, creators are struggling to keep up with the rising demands of Instagram and YouTube.

“That high of only being an Instagram creator is gone. The engagement was high in the last two years because people were killing time. Now we have gone back to our normal lives. No one has as much time," says Aashish Maini, Founder of Silly Entertainment and Media Pvt. Ltd., a content production and creator management company.

The secret to success: Asking ‘why not’

With over 22 years of experience in information technology, Nidhi Gopal has helped build flagship software products across technology platforms—mobile, SaaS, On-Prem and Data.

In a conversation with HerStory, Nidhi talks about what drew her to STEM, important learnings in her journey, and how we can retain more women in tech.

Answer: On April 23, 2005, co-founder Jawed Karim’s video “Me at the zoo" was the first to be uploaded to YouTube.