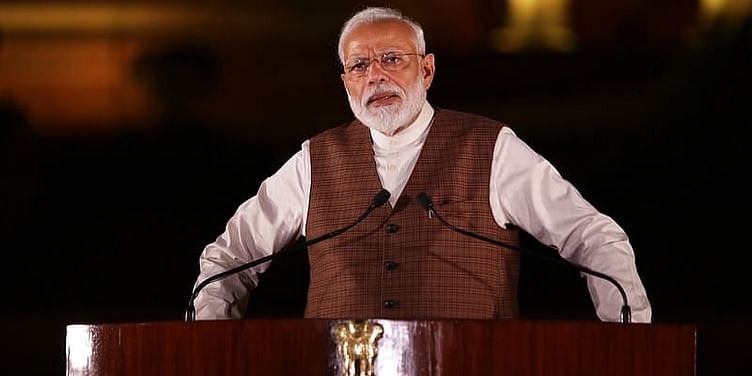 Prime Minister Narendra Modi addressed the nation during the inauguration ceremony of the the Centre-State Science Conclave in Ahmedabad.

Prime Minister Narendra Modi called for concerted efforts to make India a global centre of research and innovation. Inaugurating the Centre-State Science Conclave organised in Ahmedabad on Saturday, September 10, through video conferencing, the Prime Minister urged State Governments to frame modern policies in the fields of science and technology.

He further said that India is going ahead with the mantra of "Jai Jawan, Jai Kisan, Jai Vigyan and Jai Anusandhan."

"We have to work together on various fronts to make India a global centre of research and innovation in this 'Amrit Kaal'. We have to take our research in the fields of science and technology to the local level. It is the need of the hour for all the states to give emphasis on innovation to find local solutions to local problems," he said.

Urging the state governments to frame modern policies related to science, innovation and technology to find solutions to local problems, he stressed the need for more cooperation and collaboration with scientists.

"In order to encourage innovation, the State Governments should give emphasis on creation of more and more scientific institutions and on simplification of processes. The number of innovation labs should also be increased in the institutions of higher education in the states," he said.

According to media reports, the Prime Minister noted that there has been a substantial increase in investments in the fields of science and technology. He said, "Due to the efforts of the Government, today India is ranked 46th in the Global Innovation Index, while in 2015 India was at number 81. Today, when India is moving towards leading the fourth industrial revolution, the role of India's science and people associated with this field is very important."

He urged the citizens of India to remember and celebrate the achievements of Indian scientists with great enthusiasm.