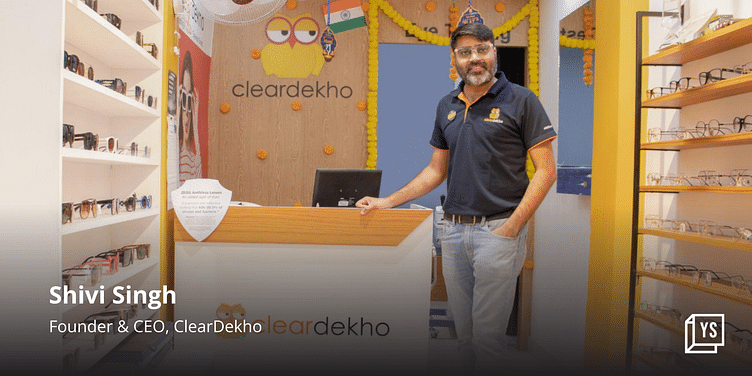 Since its inception in 2017, eyewear brand ClearDekho has opened over 100 stores across 40 Indian cities and operates an online marketplace.

Eyewear brand ﻿ClearDekho﻿ on Tuesday announced it raised $5 million in a Series A round led by SphitiCap—an India-centered, early-stage sector agnostic fund—which invested $2.3 million (Rs 18 crore) in the company.

Investors, including Venture Catalysts (leading alongside SphitiCap), Dholakia Ventures, NB Ventures, Estrela Ventures, Cornerstone, and others, also participated in the funding round. The company will use the funds to support its operations and expansion strategy.

“There has been a marked shift where people perceive online shopping post pandemic. This shift has given impetus to visionary brands like ClearDekho to grow exceptionally. We are excited about working with a brand that comes with an exemplary track record and a sustainable expansion strategy.”

Since its inception in 2017, the brand has opened over 100 stores across 40 Indian cities and operates an online marketplace.

“India has enormous demand for eyewear, and the organised play is growing by 2x every year. We are extremely bullish on Bharat opportunity, and we see a tectonic shift in consumer behaviour due to the increasing screen times across new-age consumers from Tier III, IV, and V towns of India. We have seen the business grow by almost 60% from FY21 to FY22, and we are determined to double down in the coming years.”

“The impeccable growth record displayed by ClearDekho in a short period of just four years attracted Venture Catalysts from the start. To add to that, the novel solutions provided by the company, catering to the masses and enabling access to affordable eyewear was recognised by us as a cause to promote through our resources and network."